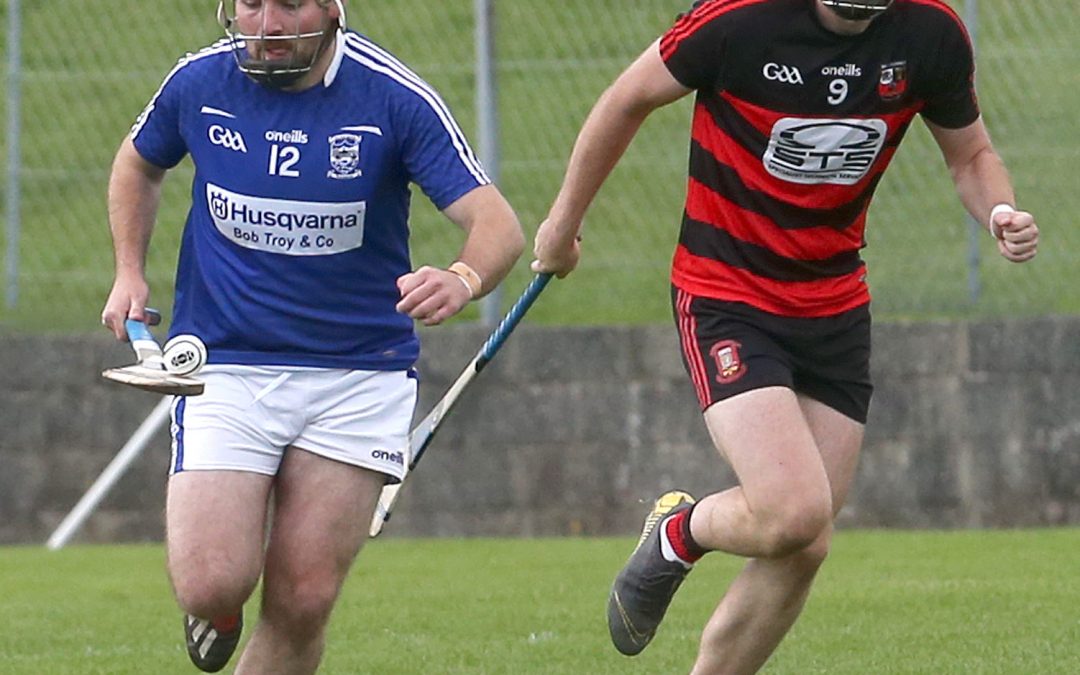 Thomas Keane previews next Sunday’s Senior Hurling County Final between Ballygunner and De La Salle
When referee Michael O’Brien stands in the middle of Walsh Park seconds before 3pm on Sunday afternoon next the question on the lips of many will be “Can Ballygunner win their sixth county final in a row”? or “Will De La Salle become the first side to beat Ballygunner in championship hurling since they lost out to neighbours Passage six years ago.While Ballygunner annexed five titles since they lost to Passage in a six-goal thriller (3-16 to 3-13) six years ago, De La Salle last lifted the county title in 2012.
To see these two sides contest this year’s final is no real surprise. Ballygunner are unquestionably the best side in the county, winning five county titles in a row obviously shows this. If there is a disappointment for Ballygunner in this time it has to be that they have won just one Munster title.
They are the reigning champions in Munster as well as in Waterford and won’t want to give up both titles this weekend.
De La Salle, possibly the second-best side in the county over the last few years, stand in Ballygunner’s way of a sixth consecutive title.
Only Ballygunner have contested and won more finals than the Gracedieu based outfit in the last 11 years. 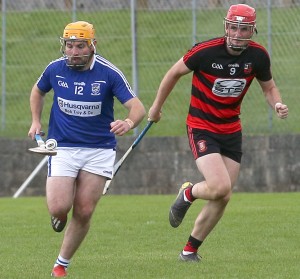 The Ballygunner team that lined out against Dungarvan in the county senior hurling semi-final. Photo: Séan Byrne

De La Salle have won three titles and they have contested one other final, that a 2-18 to 0-16 loss to Ballygunner two years ago, a defeat which they will be seeking revenge for this weekend. Ballygunner booked their place in this weekend’s final with an easy win over Dungarvan at Fraher Field.
The writing was on the wall for Dungarvan early in that game as they trailed by double scores after just 10 minutes. In the next six minutes the champions hit 1-5 without response and had one leg in the final at the break with a 1-14 to 0-6 lead. The second semi-final at Walsh Park proved a much more entertaining game where De La Salle finished with a flourish to book their place in Sunday’s final at Mount Sion’s expense. Mount Sion certainly put it up to their city neighbours and were in with every chance at the break with the sides locked at 1-11 apiece.
The game dropped in its intensity in the second half, but Mount Sion were shading it and just short of the midway point they held a 1-15 to 1-13 lead.
A moment of brilliance by Kevin Moran, after Jack Fagan had made it a one-point game, was the turning point as it was followed by two scores on the run by Dean Twomey to give De La Salle a two-points lead with10 minutes to play. De La Salle continued to be the better of the sides in the closing stages and they ran out deserved winners with four points to spare. It might be only two years since these two sides contested the county final but, in that time, they have both performed surgery on their sides.
It is hard to see either side making too many if any chances to the fifteen they started in their respective semi-final wins, but there could be some positional changes.
Nine of the side who started for Ballygunner two years ago could well be in the starting line-up this weekend.
Stephen O’Keeffe will be between the posts while the defence of Ian Kenny, Eddie Hayden, Barry Coughlan, Shane O’Sullivan, Philip Mahony and Billy O’Keeffe will be hard to break down. In the middle of the field it was Conor Sheahan and Paddy Leavy last day out and they will be looking to link up again this coming weekend.
Ballygunner have plenty of options when it comes to the forward line.
Pauric Mahony is expected to once more be the central forward and he could have Barry O’Sullivan and Michael Mahony on either side of him. There are goals in their inside forward line which could well consist of Tim O’Sullivan and Dessie Hutchinson either side of Peter Hogan.
And if needed Ballygunner have options which they can bring in off the bench in the likes of Barry Power, Tadhg Foley, Tom Gallagher, Conor Power, Cormac Power as well as Wayne and JJ Hutchinson amongst others. De La Salle’s Shaun O’Brien is one of the best goalkeepers in the county and the only reason we have not seen him play for the county is because of the brilliance of both Stephen O’Keeffe and Ian O’Regan.Conor Giles Doran and Michael Doherty will be in the full back line. It remains to be seen if Shane McNulty will drop back to try and curb the threat that the Ballygunner full forward line pose or if they will go with Ryan Duke, as they did against Mount Sion, while Tom and Kevin Moran should be in the half back line.
Who plays beside them rests on where Shane McNulty is played. In the middle of the field Eddie Barrett and Adam Farrell should get the nod to continue while Dean Twomey could be another option here. Eddie Meaney, Thomas Douglas and Cormac McCann were all introduced as late subs two years ago but all three would expect to start this time around and form the inside forward line for De La Salle, which leaves the half forward line. Here the three places could be fought out between Paidi Nevin, Jake Dillon and Jack Fagan, the three that started in the win over Mount Sion recently while Shane Ryan who came on five minutes into the second half that day will also be in contention. De La Salle boast one of the biggest panels playing senior hurling this year and have plenty of options off the bench if needed. Players like Mikey Costigan, Lee Wall, Luke Flynn, Kenneth Byrne, Patrick Kennedy could all come in and do a job if needed for Bryan Phelan’s side.
But only one side will leave Walsh Park on Sunday evening with the title.This could well prove to be one of the closest finals in recent years. Ballygunner will be fired up to complete the mix for six, but De La Salle will be just as fired up to knock their opponents of their perch. Don’t write off the need for a replay at this point, but something tells me that this is Ballygunner’s to lose.