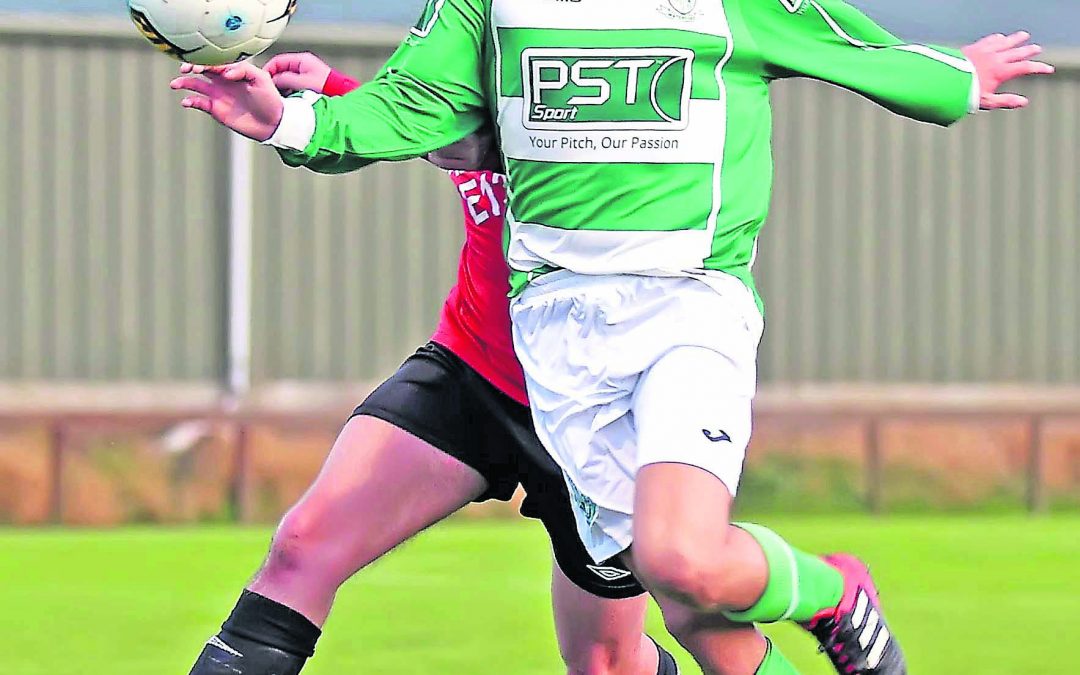 Munster Youth Cup. Round One
Villa 9
Portlaw United 1
An extremely strong and talented Villa team advanced to the next stage of the MFA Youth Cup in Connors Park on Thursday night last.
This current crop of Villa players are more than capable of enjoying an extended run in this competition.
The Portlaw United team came into the match with an unbeaten record as they had won their six games played in the Youth B League but in truth they were the underdogs in this contest.
That said the final outcome was extremely unfair on them.
Their sporting attitude was summed up delightfully by one of their players who was substituted during the course of the second half. “We can now concentrate on winning the league”. It was a lovely comment from the young Portlaw player.
The visitors got off to the worst possible start when they fell behind after only two minutes. 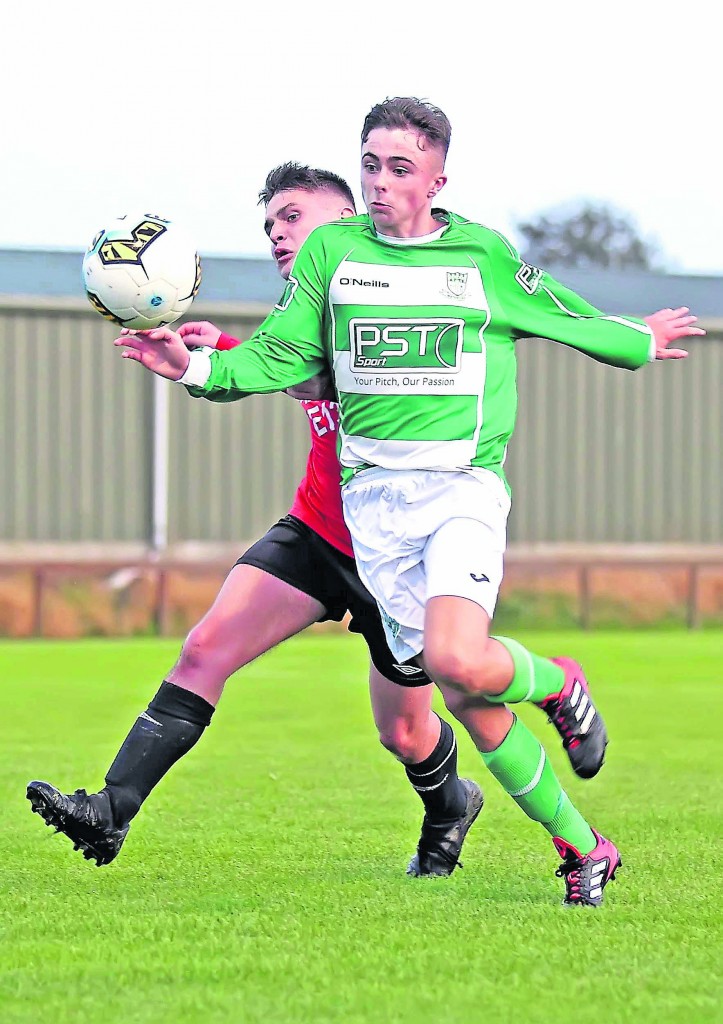 The Portlaw defence failed to deal with a through ball from Darragh Power and Owen Oseni took full advantage by slipping the ball to the net from deep inside the penalty area.
Darragh Power sent in a freekick after 17 minutes but Calum Stringer was just off target with a powerful header.
Jake O’Connor, who scored a hat-trick in a Youth A League match five days previously, scored the first of his three goals on 20 minutes.
Calum Stringer played in a low ball into the 18 yards box and O’Connor gave the visiting goalkeeper Tim Kiely no chance from close range.
The hosts went three goals in front four minutes later. Goalkeeper Scott Searson kicked the ball downfield and when O’Connor picked it up out on the left flank he cut into the box and found the net with an angled strike on the run.
Portlaw eventually got to grips with proceedings and Shane Burns was unlucky to see his fierce freekick deflected away for a fruitless corner-kick.
Darragh Quinn then missed a glorious chance on 40 minutes. He made contact with a free-kick taken by Shane Burns but, with only Scott Searson to beat, he shot wide from a great position. The home side were reduced to ten players on 42 minutes when central defender Conor Rea picked up a second yellow card but two minutes later Shane O’Brien made it four nil when he finished off a sublime pass from Jake O’Connor.
Both sets of players got involved in a ‘dust-up’ during the early stages of the second half but order was quickly restored and Darragh Power scored the goal of the game one minute after the hour mark.
He picked up the ball 35 yards from goal before unleashing a bullet of a shot to the roof of the net.
Calum Stringer (69 mins) and another Darragh Power goal on 74 minutes made it seven nil before Jake O’Connor completed his hat-trick after 79 minutes. Conor Walsh got in on the act in the 82nd minute. Portlaw attacker Peter Woods had the last word as he drilled the ball past Scott Searson from just inside the penalty area.