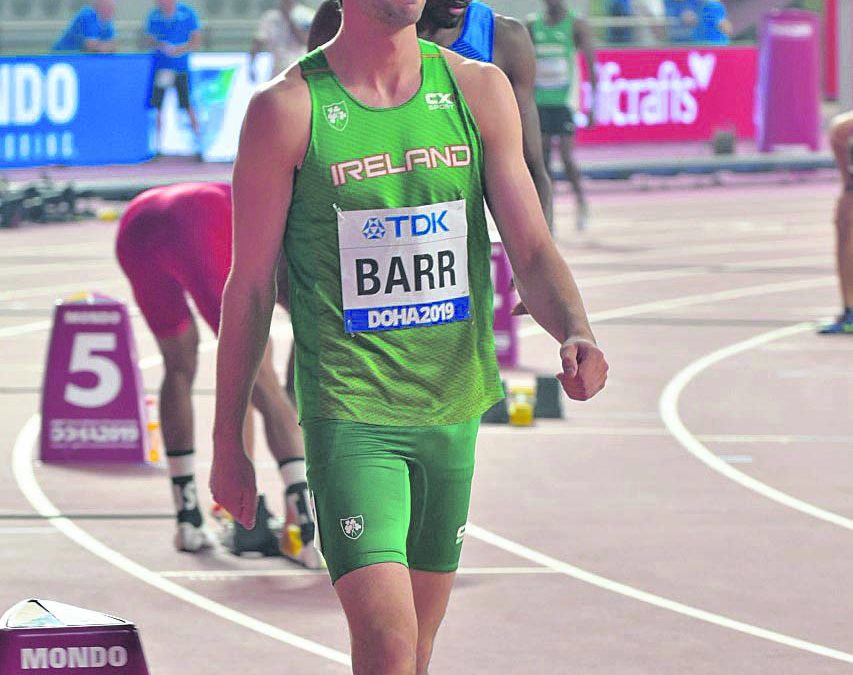 Waterford athlete just misses out on place in World Final.
Fintan Walsh Reports
Thomas Barr came up just short in his attempt to make the final of the 400m hurdles at the World Championships in Doha, Qatar last week.The Waterford athlete did however deliver two World Class performances. 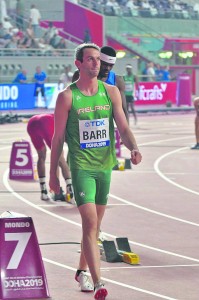 Thomas Barr in action at the World Championships in Doha. Picture by James Veale

With four to qualify from Friday’s heats, Barr finished a close second in 49.41 seconds behind Karsten Warholm, the reigning World Champion from Norway, who clocked 49.27 to easily make Saturdays semi-final.Despite running a season’s best time of 49.02 seconds on Saturday and finishing a close up
fourth in a top-class semi-final, Barr missed out narrowly on a place in Monday’s World final.With just two going through from three semi-finals plus the two fastest losers, Barr finished tenth overall and his efforts were very commendable.
In these World class races hundreds of a second can mean the difference between qualification and elimination.The final place in Doha went to an athlete who clocked 48.93 seconds as against Barr’s 49.02. It was that close.
Barr now takes a few weeks rest and then resumes training for another tilt at the Olympics in Tokyo next year. He is still very much a World class athlete and understands fully how times and standards have improved in the 400 metres hurdles since the last Olympics.  No doubt a priority in his training will be on improving his speed