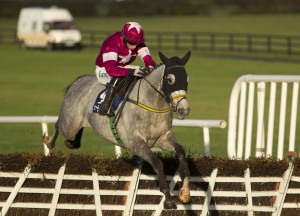 The national hunt season is really beginning to hit top gear at present and Henry de Bromhead continued his stellar campaign at Fairyhouse on Wednesday of last week by sending out Sizing Scorpion to win the Your Clubs Fundraiser Enquiry Today Handicap Hurdle.
Sizing Scorpion, who came into this race with a rating of 89, was always well positioned and he led from the fourth flight with Johnny Burke. Although joined at the second last, Sizing Scorpion was soon back in front again and he was never really going to be denied thereafter although he eventually only beat runner-up Elusive Ivy by just a half-length. Sizing Scorpion, who has simply needed time to mature, is owned by the Ann & Alan Potts Partnership and he will now run in another similar type of handicap hurdle.
At Thurles on Thursday, the recently returned from suspension Paul Townend combined with Donie Hassett to win the opening Thurles Beginners Chase with He Is Top Class. He Is Top Class atoned for a slightly below par effort on his most recent start at Cork by leading from the fourth last and he clearly seemed to be containing Venitien De Mai when Jim Dreaper’s charge fell at the final fence.
He Is Top Class, an authoritative winner over hurdles at Ballinrobe in August, is clearly progressing and he’s now likely to run in a handicap chase.
Rachael Blackmore’s decision to turn professional this year has been handsomely rewarded of late and the Killeanule native joined forces with Liam Lennon to collect the Thurles.ie Maiden Hurdle with South Circle.
The seven-year-old South Circle led before the second last and the former winning point-to-pointer was always on top from before the last as she asserted to beat Sussex Road by an unchallenged 19 lengths.
The likelihood is that South Circle will now go chasing.
There was racing at Naas on Saturday and the Alan Fleming/Barry Connell/Adrian Heskin triumvirate seem to have another outstanding prospect on their hands in the form of Gwencily Berbas who readily destroyed the opposition on his return to the fray in the Grade 3 Text Your Bet To Paddy Power On 51465 Fishery Lane Hurdle for four-year-olds’.
The French-bred Gwencily Berbas, a Grade 2 winner over hurdles last season made most of the running and he effortlessly asserted on the run to the final flight to thwart favourite Petite Parisienne by eight lengths. A tilt at the Grade 1 Hattons Grace Hurdle at Fairyhouse later this month could now be on the agenda for Gwencily Berbas.
On Sunday at Navan, Henry de Bromhead was once again on the mark when Three Stars sprung a 12/1 surprise with Johnny Burke in the Grade 3 At The Races ‘For Auction’ Novice Hurdle. Three Stars led from two out and the son of Westerner asserted on the flat to beat Galway festival maiden hurdle winner Thomas Hobson by two and a quarter lengths. It’s possible that Three Stars could now be seen in action at Leopardstown over Christmas.
John Kiely is always an individual to be feared and the Dungarvan-based handler struck courtesy of the quietly-supported Ancient Sands in the St Johann Ski Resort Tirol Handicap Hurdle.
Ancient Sands struck the front before the final flight and he stayed on powerfully on the run-in to eclipse Bashful Beauty by one and a half lengths.

Ancient Sands’ jockey Brian Hayes certainly had an afternoon to savour for he then completed a 31/1 double by landing the coveted Grade 2 thetote.com Fortria Chase aboard ‘Shark’ Hanlon’s stable star Hidden Cyclone, which actually sports the same Ancient Sands silks as Mrs Annette Mee. Hidden Cyclone was sent to the front at the third last and he was already well in command when surviving a slightly awkward moment at the final fence, six and a half lengths duly separating him from Days Hotel. It seems probable that Hidden Cyclone will experience another hugely-profitable campaign.