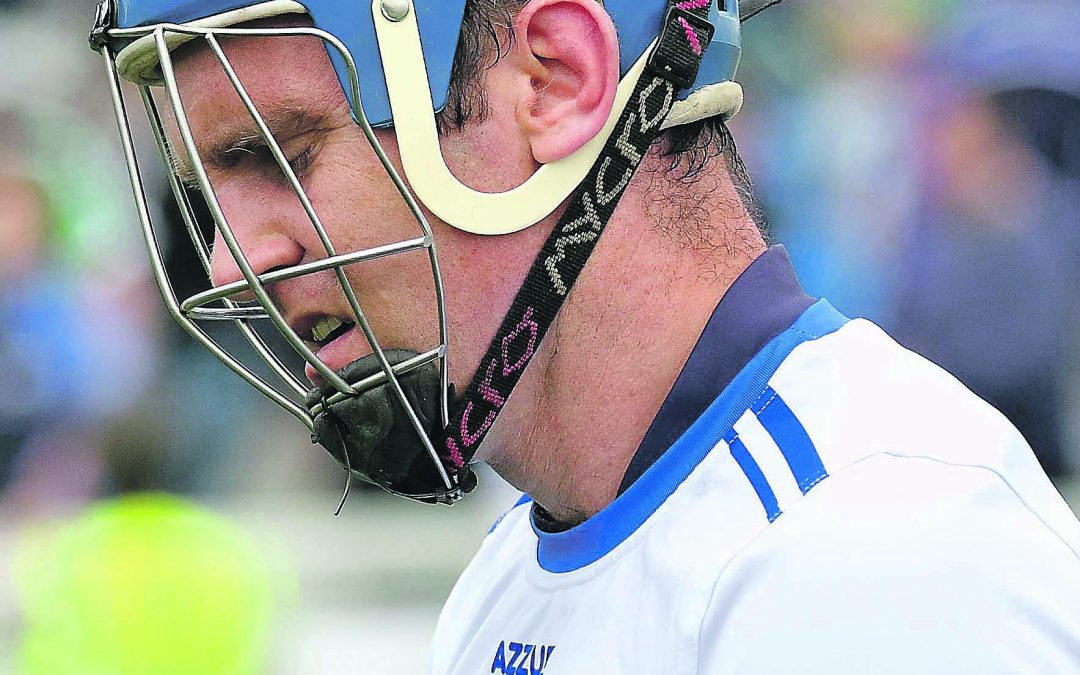 Brian Flannery Reports
A few weeks ago at Croke Park, Laois won the Joe McDonagh Cup. This is essentially the inter-county hurling competition for the ‘weaker’ counties or at least for some of them. Laois beat Westmeath in the final having topped a group of teams that also included Antrim, Kerry and Offaly.The Joe McDonagh final preceded the Leinster hurling final between Wexford and Kilkenny. Unfortunately it clashed with the Munster hurling final meaning that it wasn’t televised with a large number of the Cork Park crowd inside glued to available TV’s rather than watching the live action.
Out of sight; out of mind. The biggest failure of the GAA is its’ inability to create more than nine counties that are currently capable of playing the game at a high level. Limerick, Cork, Tipperary, Wexford, Kilkenny, Dublin, Galway, Clare and Waterford are the nine I’d regard as top tier hurling counties currently.I’ve used the word “currently” quite deliberately. There was a time when Offaly, Antrim, Laois, Westmeath and Kerry were also all considered competitive hurling counties at some stage or another.
In fact I played Division 1 hurling against Derry once upon a long ago with Down another county with a strong tradition in parts. Carlow have climbed the greasy pole in recent years only to slip back into the Joe McDonagh Cup for 2020 having failed to win a game in this years’ Leinster championship.
Laois will replace Carlow to compete for the Bob O’Keeffe Cup but are already odds on to also last just the one season in the top flight. 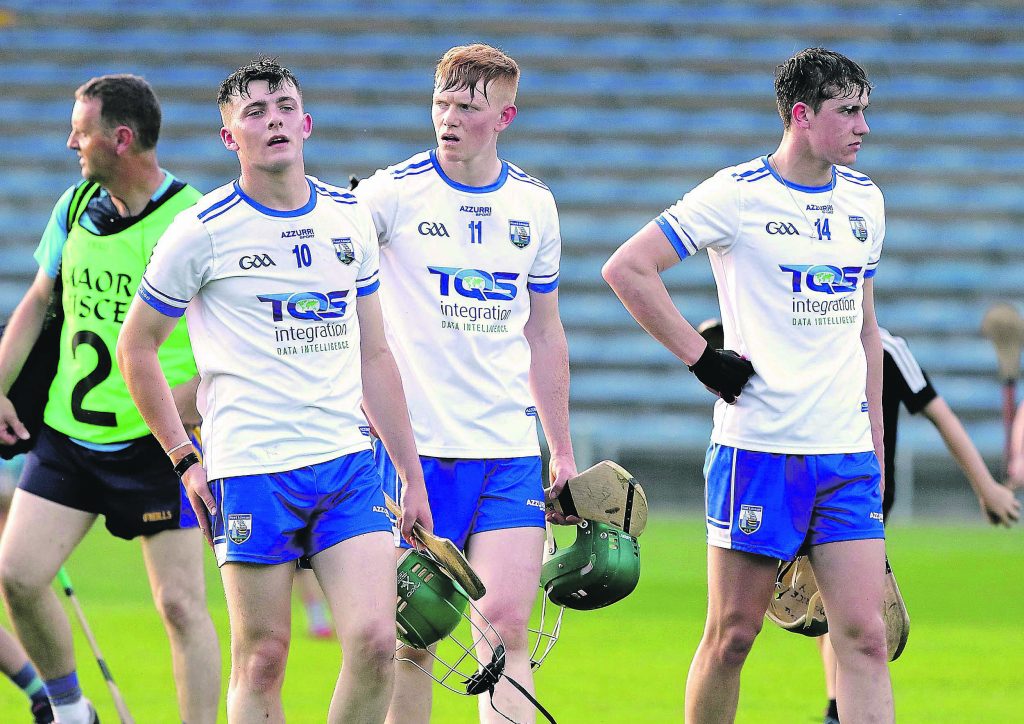 Waterford’s Tom Barron, Ian Beecher and Michael Kiely trudge off at the end of the U20 hurling defeat to Tipperary in Semple Stadium. Photo by Noel Browne

Currently Waterford is part of hurling’s elite counties. In the last twenty-one years’ Waterford, despite not winning the senior All-Ireland, have been genuine contenders.Four Munster championships and a couple of league titles were garnered but its Waterford regular appearance at All-Ireland semi-final stage that shows a level of consistency.Men like Ken McGrath, Paul Flynn, Tony Brown and John Mullane thrilled the nation with a stunning brand of hurling and as part of a team that was universally admired.
In recent years players like Kevin Moran, Jamie Barron and Austin Gleeson have taken up this mantle with Michael Walsh the player that bridged both great sides. But honestly where does Waterford now stand?
A second successive season without a single victory in the new group format of the Munster championship leaves more questions than answers. Indeed many questioned as to why Waterford attained the ‘special’ position of not being relegated from the Liam McCarthy Cup having finished no better than Carlow who were dumped back into the Joe McDonagh competition.
A similar record in 2020 and there is no doubt that such calls would become even louder.
The ‘current’ plight of Offaly should so sound a cautionary tone for all GAA administrators, both local and national. In 1998, twenty-one years ago Offaly beat Kilkenny in the All-Ireland. Next year the men from the ‘Faithful’ county will occupy hurling’s third tier in both league and championship. Such a fall from grace doesn’t happen overnight, its’ gradual. You become less competitive but still capable of the occasional good result. Your underage teams struggle and suffer heavy defeats. Eventually it’s no longer a surprise when you lose. This year Offaly lost all their championship games to Westmeath, Laois, Antrim and Kerry. There was no surprise this season; it was eminently predictable to those close to the scene.
A couple of years ago when Waterford scored 0-33 at O’Connor Park Tullamore against the hosts in a qualifier, I was talking a local journalist before the game. He described how Offaly losing at underage to Carlow, Kildare and Westmeath was no longer a surprise but the norm. The signs of diminished competitiveness for Offaly were everywhere to be seen if you chose to look. Offaly falling to the third tier was no surprise to those close to the scene. 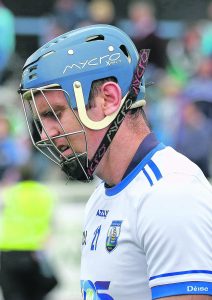 However it’s a bit like when you hear someone is ‘on the way out’ and then you hear they have died but are nonetheless surprised and even shocked despite your prior knowledge of its immanency.
I believe there are players of sufficient quality and experience for the current Waterford senior team to recover from the disappointments of the last two seasons and mount a further serious attempt at winning in Munster again. But this can’t be taken for granted. Waterford has not won a senior All-Ireland in sixty years and there are plenty of reasons for this. A smaller player base means that Waterford must do more with less. This fact is as pertinent now as it was in 1959.The biggest worry is not just that the Waterford senior team is struggling at the moment but that many of Waterford’s underage hurling teams too are finding the going tough.The statistics at minor level is a worry. Two wins from the last eleven minor championship games, three wins from the last fourteen. Take your pick, neither is good.
Down the line at the various other underage teams there is at least cause for concern. I usually manage to get to watch Waterford’s Tony Forrestal U-14 each year and again the trend is that which might indicate a diminution in competitiveness. Losing by double digits in a twenty minute aside game is not a sign of rude health. Callum Lyons, Jack Prendergast and Conor Prunty have all successfully bridged the considerable gap from underage hurling to senior level this year. The interesting question is where are the next generation of inter-county players going to come from? Michael Kiely from Abbeyside is one player that readily comes to mind but I struggle to think of many other exceptional players from recent minor teams. I was in early to the Gaelic Grounds recently to see the minor game. There are easily half a dozen or so players from the teams on show that look good bets to go on and have successful inter-county careers. Cathal O’Neill, Patrick Kirby and Aidan O’Connor were exceptional for the winners with Conner Hegarty and Shane Meehan excelling for the Banner.
These kids are all stand out performers at their own age. They are exceptional individuals that contribute to good teams.Yes I know underage talent is no guarantee of future success but these are names worth noting all the same. Wexford and Limerick have been noticeably making both huge efforts and huge strides in the past decade at underage level. Initial competitiveness at underage led to silverware at Minor and U-21 level for both. Joe McKenna headed up the Limerick Hurling academy with the high-profile Anthony Daly holding a full-time position with Limerick GAA for a couple of years. A cursory look at Wexford GAA on social media will confirm extensive games development programmes.
There is much good work currently being undertaken at underage level in Waterford. But the question is whether it is enough and if it is on a similar level to other top-tier hurling counties. To succeed Waterford do need to do more with less.
I think it is beyond time to conduct a complete review of everything hurling related in Waterford. What we do, how we do it and why we do it.A coordinated plan that every club, school and interested party can be involved with both its development and implementation is now required. This would act as a bell weather gauge as to where Waterford “currently” is and what is required to keep Waterford at hurling’s top table.
Let’s christen it “Waterford 2025”.Anyway here’s my 10 point plan (discussion document).

10. Hurling Development Manager/ Coaching and Games Manager
A single person responsible for the day to day management of hurling Games development in Waterford. This should be an ‘ideas’ person. Co-ordinating the activities of the counties Coaching and Games development. This person could be a touch point for clubs to interact with games development and make sure that programmes delivered are appropriate and relevant to their individual needs. Each club should also have a ‘Coaching Officer’ which would receive support from the Hurling Development Manager again ensuring uniformity in the quality of coaching throughout the county. This new appointee could complete a review of all competitions in hurling and assess if they are sufficient at each age group and suggest changes if deemed necessary. This role could also be involved in the recruitment of coach’s for development squads and various teams up to and including county minor team. Funding for this position could be a combination of county board, Munster council and funding from Central Council.
Not an exhaustive list but perhaps a starting point for a conversation.
The health of Waterford hurling is all our responsibilities and we (board, clubs and supporters) all can play a part.