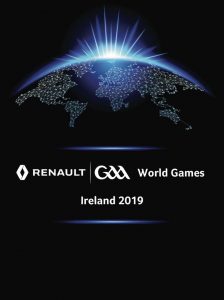 A chief aim of the GAA is to provide the opportunity for lifelong participation and engagement in Gaelic Games to as many people as possible, regardless of where they call home.Our national games have developed into a vehicle for much broader goals than there were originally, which were to grow and support Irish communities internationally.
For every generation of Irish and non-Irish people abroad, Gaelic Games provide a community they can call their own.
An unrivalled network that provides them with support and assistance and a source of social capital that is inextricably linked with Irish culture.
With over four hundred and twenty GAA clubs in existence outside of Ireland, the World Games is a unique opportunity for International Units to represent their country, region or club on a global stage. This year promises to be the biggest and best event yet, with Waterford and the WIT Arena in Carriganore playing host to the third ever GAA World Games, with the finals’day taking place in Croke Park on August 2nd. Join us on our journey as we build up to this momentous event, celebrating the growth of our games globally and welcome our friends from all around the world as we unite for a really special week in the GAA calendar. 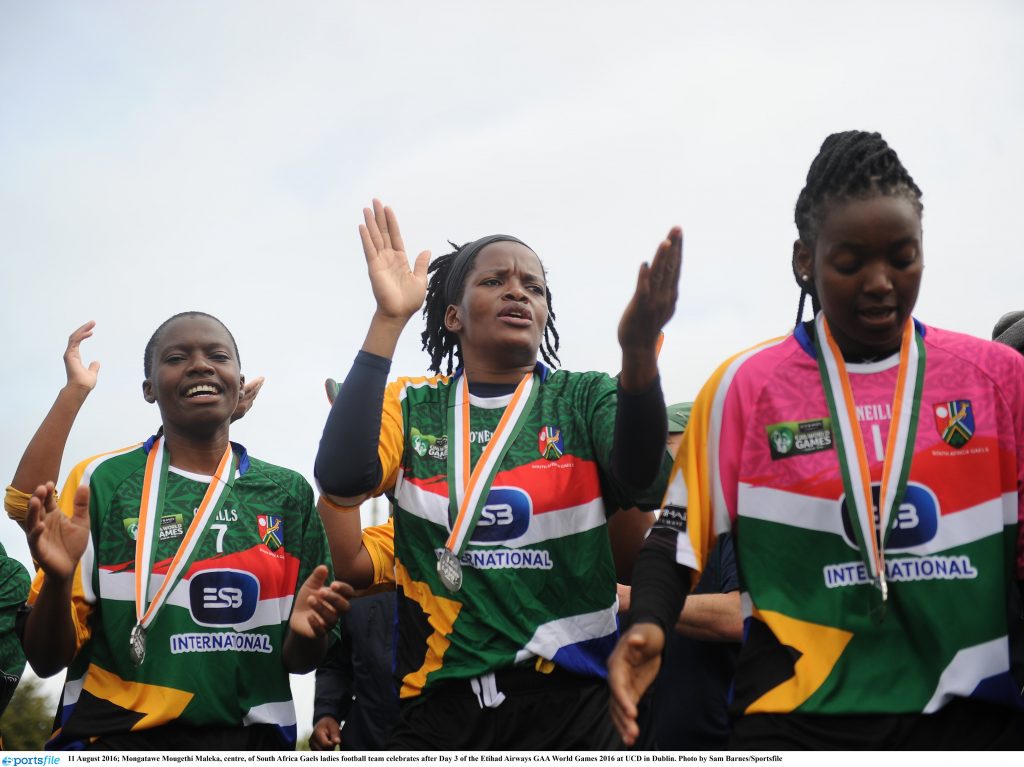 The concept of the GAA World Games was first mooted by Pat Daly, Director of Games Development and Research, in 2009.
An opportunity to progress the concept came about in the form of an international hurling tournament which was held in 2013, in conjunction with “The Gathering”.On the back of the original proposal, it was decided to bring sixteen hurling teams to Galway to participate in a once-off event. It was agreed to include five “Native-Born” teams (Buenos Aires, Milwaukee, Denver/Indianapolis, Barley House Wolves/Allentown and Europe).
This decision would prove to be an enlightened one.
The inaugural GAA World Games took place in March 2015 in Abu Dhabi and featured twenty-sixteams participating in men’s and ladies’ football from Canada, the US, Asia, the Middle East, South Africa, Argentina, South America and Continental Europe. The event also included four Native-Born teams from Argentina, South Africa, Galicia and the Middle East.
The event would form a strong base for the staging of the second World Games in 2016 in Dublin, from 7th-14th of August, with University College Dublin as the main venue. For the first time this event included four codes – Hurling, Camogie, Ladies’ Football and Men’s Football with both a Native-Born and Irish-Born dimension in each code.
This leads us nicely into July and August 2019 – where Waterford is set to become the third host of the Renault GAA World Games. The magnificent WIT Arena in Carriganore will be the venue for most of the action. An opening parade will kick off proceedings in stunning fashion on the evening of July 28th, and following this, four action-packed days of Gaelic Games across seven pitches, comprising of eighty-five teams and one thousand one hundred players will ensue.
It’s a family friendly, free event all week, and the atmosphere is sure to be electric. There’s a fun and social aspect to the tournament but the bottom line is that each of these teams have been training for months in preparation, with the goal being to secure a final spotand a chance to take the field in that most famous of GAA stadia, Croke Park, on August 2nd.
Be sure to follow us across all our social channels, @GAAWorldGames over the next few weeks to stay up to date with the latest news and features and be sure to be part of what is going to be the biggest and best GAA World Games to date!