Home » Sports » Waterford on the brink of exit after home defeat

Waterford on the brink of exit after home defeat 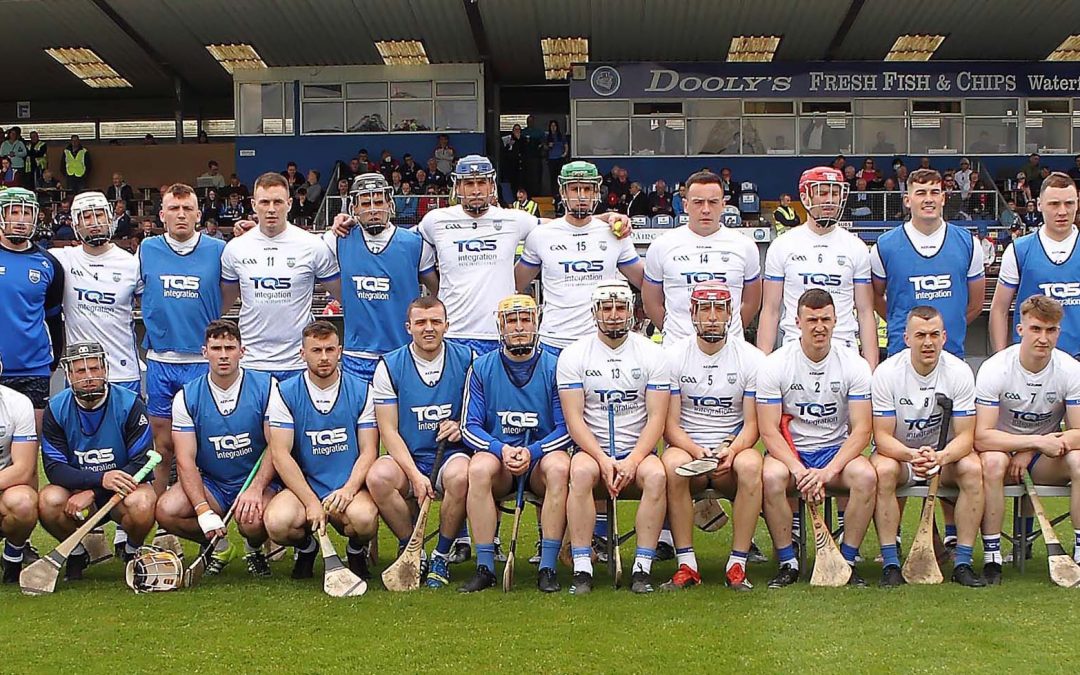 Waterford’s championship prospects were dealt a major blow when going down to Cork by six points in round three of the Munster senior hurling championship at Walsh Park on Sunday last.

This defeat leaves the Déise on the brink of going out of the Munster championship and missing out on the All-Ireland series.

The permutations are many but Waterford’s destiny is no longer in their own hands. 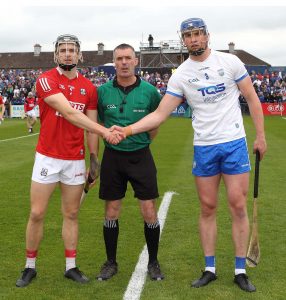 Should Cork manage to beat Tipperary in their final game, the head to head rule will see Kieran Kingston’s men advancing in the championship while also ending Waterford’s season. A Cork victory at Semple Stadium would make the result of Clare v Waterford in Ennis next Sunday irrelevant.

Waterford were firm favourites going into this game. Liam Cahill’s side had much the better of their recent league final encounter with Cork.

The Rebels were also distinctively unimpressive when losing to both Limerick and Clare in this year’s Munster championship. Waterford had already dispatched Tipperary in round one before losing narrowly to champions Limerick last day out.

Cahill had Jamie Barron and Carthach Daly starting in place of Darragh Lyons and the injured Iarlaith Daly. Cork began with Luke Meade and Alan Connolly back in the line-up with Damian Cahalane a late replacement for Tim O’Mahony.

Another full house at Walsh Park was brimming with anticipation pre-game but this was a game that didn’t live up to home expectations.

Very few of the men in white jerseys reached their own high standards of performance and will hope the result here hasn’t dealt a fatal blow to their quest for a first Liam McCarthy win since 1959.

Cork played with the breeze in the opening half blowing into the Keane’s Road end but it was the home side who looked brighter early on. Waterford led 0-6 to 0-2 after 13 minutes with Stephen Bennett (4f), Austin Gleeson and Patrick Curran all on the score-card.

Then after 21 minutes an attack initiated by Darragh Fitzgibbon saw Robbie O’Flynn shoot for goal which was well stopped by Shaun O’Brien, however the vigilant Alan Connolly was on hand to volley the rebound to the net, 1-6 to 0-6.

Jack Prendergast pilfered a point immediately in response for the home side with the goal concession prompting a Déise rally.

With 24 minutes on the clock Dessie Hutchinson won possession in the corner before finding Patrick Curran charging through the centre; and when Curran saw his goal effort parried Abbeyside’s Michael Kiely pounced to finish the ball to the net and with it Waterford now back in front 1-7 to 0-6.

Waterford nearly had a second major moments after when Stephen Bennett had a snap shot brilliantly deflected over the bar by Patrick Collins for a point.

Another Bennett free and a brilliant point off the stick of Austin Gleeson from the side-line put the Déise 1-10 to 1-6 clear approaching the break. 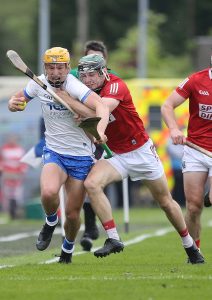 Luke Meade, Fitzgibbon (2), Coleman and Lehane were all on target in these closing moments of the opening half with Austin Gleeson hitting his third point from play in the first half.

Peter Hogan was introduced for the start of the second period but Waterford struggled to catch fire in a game that so much depended on. For Cork their big players were producing big performances.

Another substitute Tim O’Mahony too added to the collective Cork effort. Best of all though was centre-forward Seamus Harnedy who hit five points from play over the 70+ minutes and well deserved of his post-game Crystal.

In contrast very few of the Waterford team produced their best play.

The stress and strain of proceedings was also being felt on the side-line with both managers animated throughout. 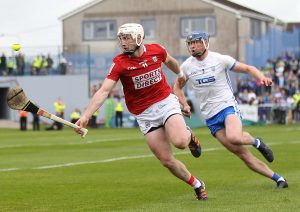 Cork bainisteoir Kieran Kingston received a yellow card for his conduct on the line and briefly retreated to the stand before returning to the side-line to orchestrate the final push for victory.

Waterford’s sole goal opportunity in the second half came after 44 minutes when Jack Prendergast found Jack Fagan roaming free on the flank but Fagan’s batted goal effort was right and wide.

The crucial score in the second half arrived on 51 minutes when unsurprisingly it was Seamus Harnedy driving at the home defence and a quick exchange to Shane Kingston, and on to Alan Connolly saw the rigging at the Keane’s Road end shaking for a second Cork goal, 2-16 to 1-15.

This gave Kieran Kingston’s charges breathing room on the score-board on a tense and nervous afternoon for both teams.

In the 63rd minute matters deteriorated further for the home side when Austin Gleeson received a second yellow card following an off-the-ball incident leaving Waterford a man down for the closing minutes.

Points from Patrick Curran and substitute Shane Bennett did reduce the margin to a single goal with full-time in sight.

Waterford needed to raise a green flag but failed to trouble Patrick Collins’s goal over the closing stages.

At the opposite end three points in succession from Conor Lehane (2) and man-of-the-match Seamus Harnedy confirmed Cork’s victory.

A win for Cork in their final game next Sunday would send the Rebels to the All-Ireland series with Waterford and Tipp both then out.

Waterford must go to Ennis and garner a win while hoping matters at Semple Stadium goes in their favour to avoid going out the championship. 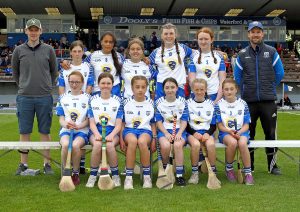