Home » Sports » Soccer » “We could have scored one or two more.” Zack Elbouzedi.

“We could have scored one or two more.” Zack Elbouzedi.

Zack Elbouzedi, who was making his debut for Waterford admitted it was a hard defeat to take. “It’s a really tough one to take because that’s probably the worst way to lose a game. When you concede a goal with the final kick of the game it’s tough especially when it’s from a set piece in the last couple of seconds.“I thought that the performance was decent. We stuck it up to them and we had chances in the game as well. Shamrock Rovers are a very good side and a lot of people are tipping them to do well this season, but we put it right up to them. We just need to learn from our mistakes and move on from this game. We need to not allow this happen again. We have another big game against Cork City next week before the game against Derry. The games are coming at us thick and fast. 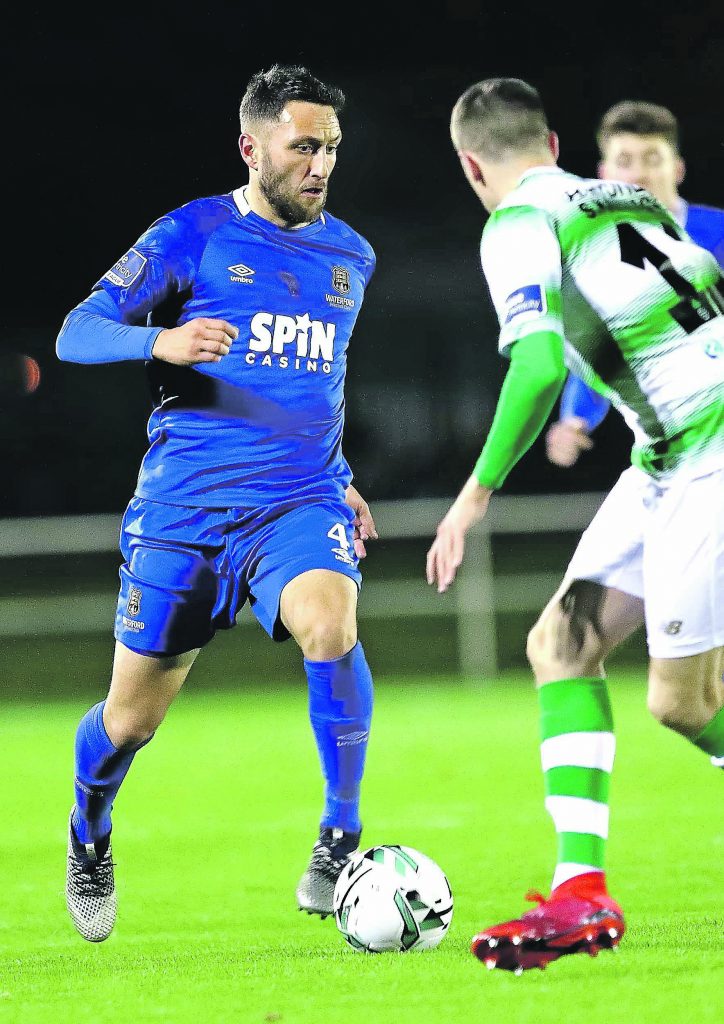 “We will need to get some points on the board from these two games. We got off to a brilliant start with the free kick from Kevin (Lynch). It was a great free kick and we know the quality that he has with that left-foot so whenever he gets a free kick, you’re confident that he is going to score.“I thought after that we could have scored one or two more maybe. I think that if we get another goal when we were on top, I don’t think that they are coming back into the game. We started the second half off and they got a goal early. It was a bit end to end after that, but obviously the last minute is just tough to take.
“Izzy had a good chance to put us 2-1 in front with ten minutes to go. It was great play from Rory and great technique from Izzy, but the keeper makes a great save and I don’t think he knows much about it. I think if that goes in, we win the game.
“It’s just so tough to take that last-minute goal, but I think that they are positives to take from the performance. It’s going to be a tough game in Cork next week because they’ve lost tonight as well against St. Patrick’s Athletic so they’ll be looking to get points on the board. It’s a tough place to go, but I’m confident if we play well that we can win.”