"WE MUST BE AT OUR VERY BEST" 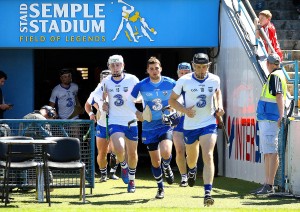 Kevin Moran leads Waterford out onto the Thurles sod ahead of the Munster Semi-Final defeat to Cork. | Photos: Noel Browne