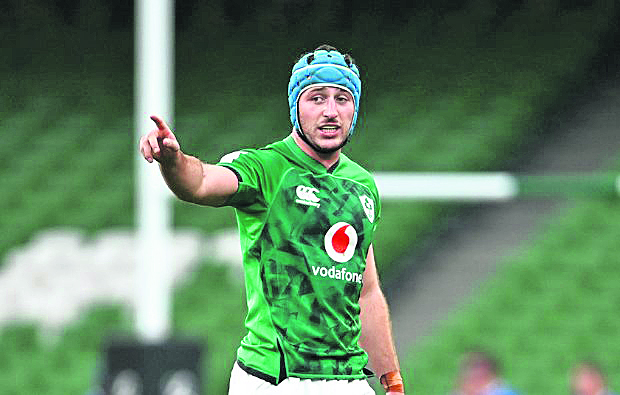 Will Connors in action for Ireland on his Six Nations’ debut versus Italy.