The over-reliance on the Dublin region must be counterbalanced by greater infrastructural investment in the country’s other regions, a major national conference was told in Cork on Thursday last. Addressing the Project Management Institute’s (PMI) national conference in Cork (the first time the body has held its conference outside of Dublin), its Irish Chapter President Pat Lucey stated: “Decentralisation delivers advantages across all sectors, from government departments to multi-nationals. Chronic under-investment in regional infrastructure is placing our economy, and future projects, at risk. There is huge opportunity for economic growth in Ireland over the next 20 years. However, over-reliance on the Dublin region is jeopardising this growth as it struggles to meet demand.” 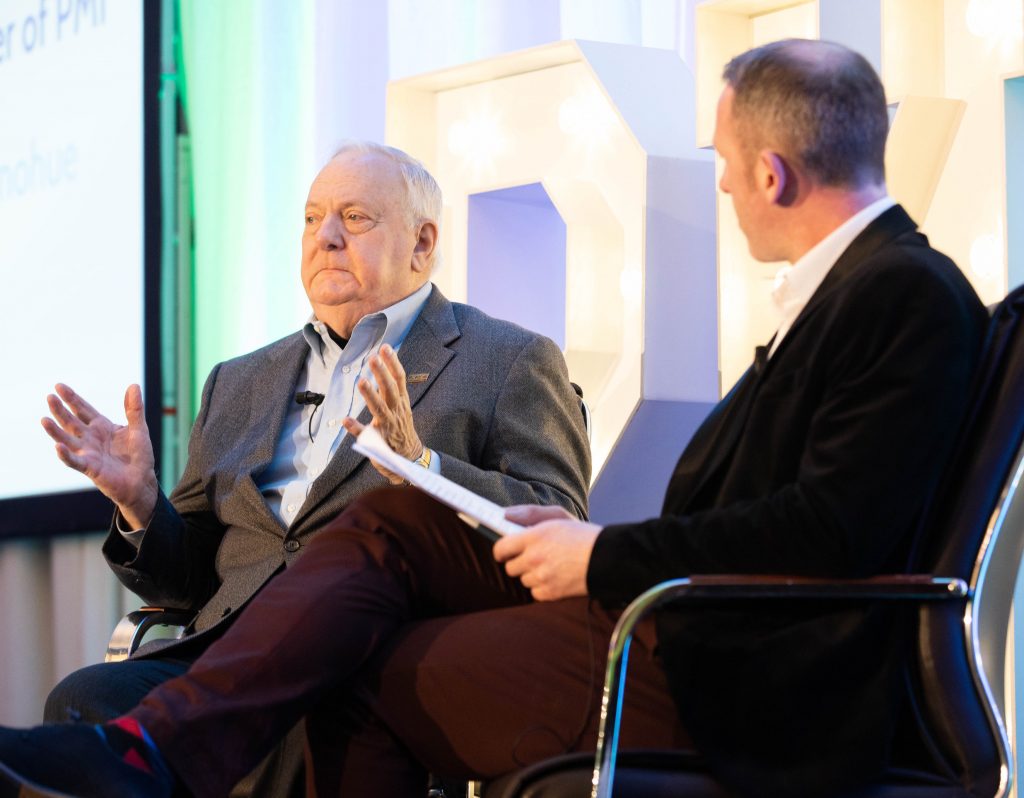 While Ireland should be the default location for companies seeking to relocate from the UK into an EU country, Mr Lucey said that the disproportionate focus on Dublin has reduced Ireland’s competitiveness. “With the capital feeling the worst effects of the housing crisis – rents there are 8.8 per cent higher than just a year ago, this is negatively impacting desired international investment.”
He added: “Joined-up thinking, or good project management is required to ensure the regional investment promises made in Project Ireland 2040 are actioned to make each of our regional cities a viable option for business.” The conference, themed ‘From Idea To Reality’, was told that rural broadband, and high-speed road and rail links between all our cities, were vital, region-boosting projects that had to be implemented.
According to the National Development Plan (2018-2027): “The funding priority for the inter-urban rail network is to protect the investment already made in our national railway system by funding maintenance and safety projects needed to maintain safety and service levels in railway operations. This requires a significant level of spending directed toward maintenance and rehabilitation expenditure to prevent further degradation of the existing capital stock in order to regain and maintain at a steady rate.”
Thomastown-based rail campaigner Canice Hogan, who contacted The Munster Express on Wednesday last, said “just a little bit of imagination” is required to put regional rail routes, such as Waterford to Limerick, into more commuter-heavy use.
“Imagine a train running from Clonmel to Waterford, stopping at Carrick-on-Suir, four times a day? It’d take 45 minutes travelling in either direction. You’d take a lot of cars off the road and that’s a nettle we’re going to have to grasp sooner rather than later. This route is grossly under-used at the moment, and has been for years. Imagine what might be possible if it was marketed properly? It’s surely worth having a look at.”