The Waterford to Belview rail link is likely to be retained as part of the region’s transit infrastructure, according to Kilkenny County Council Director of Services, Sean McKeown. Addressing South Kilkenny Councillors at the February meeting of the Piltown Municipal District in Ferrybank, Mr McKeown said the route “will be maintained as an active railway line…given what lies ahead with Brexit, among other issues, the Waterford to Belview line will remain of strategic and critical importance to the region”.
The current Port of Waterford Business Plan, which runs until 2020, identifies the Port’s vision “to be the preferred cargo gateway for the South East Region”. 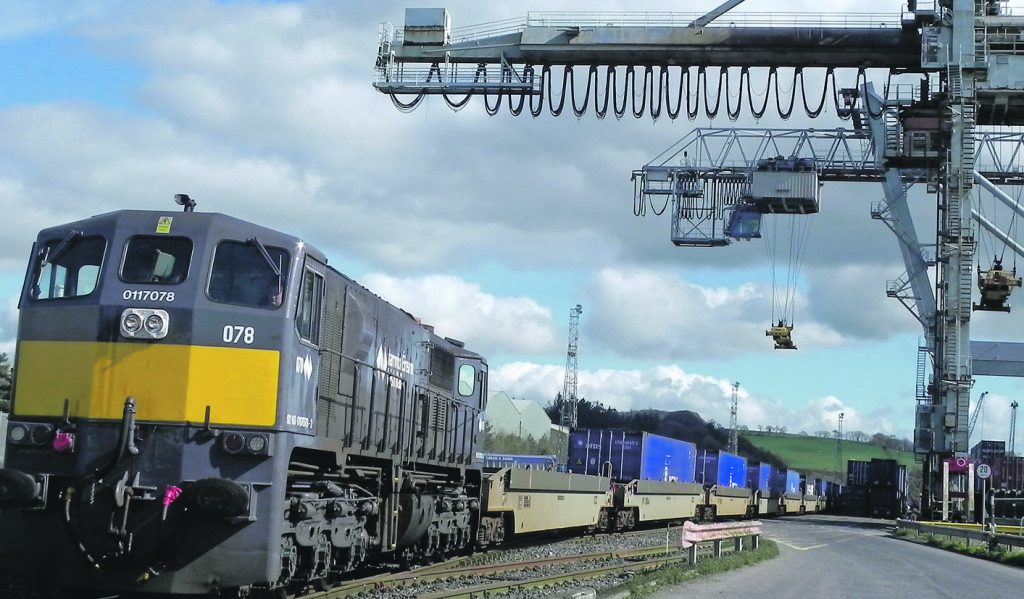 The Waterford to Belview (Port of Waterford) railway line will be maintained as an active railway line, South Kilkenny Councillors have been told.

The plan notes: “There is demand in the regional economy for additional Lo-Lo services to and from Waterford for exporters/importers who can take advantage of the rail services and reduced road transport costs. This opportunity is becoming more relevant in the face of an increasing need to deal with carbon and other environmental elements in the supply chain.”
Speaking to The Munster Express ( in our December 22nd and 29th editions), Port Chief Executive Frank Ronan stated: “I feel that the railway connection is a key transport link for us here and we are doing everything we can to reactivate that, to restore business on the line because we can see that line carrying some supply services from the west of Ireland into the South East, and we believe it makes huge sense. As the carbon conversation expands, I think using that rail service, to take trucks off the road, and to bring products to and from ports by rail, is a no-brainer.”
The twice-weekly service which carried DFDS cargo from Belview to Ballina ceased on May 29th of last year, with DFDS citing a lack of commercial viability in coming to such a decision. Mr Ronan added: “The line should be used and promoted; after all we’re one of the few rail-connected ports in the country…The line from here into Waterford needs to stay active for rail freight and it needs to be maintained and kept, no question about it. And it’s shocking that it isn’t in use.”