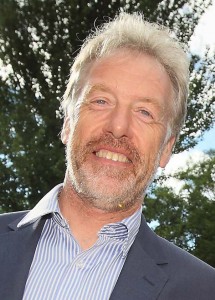 Irish businesses are feeling more exposed to the impact of Brexit than businesses in the rest of Europe, claimed Waterford Chamber Chief Executive Nick Donnelly.

Speaking following the publication of a new survey on European businesses, Mr. Donnelly said according to Irish firms, Brexit will be the second most difficult challenge for them come 2017 with firms only identifying labour costs as a greater threat.

“While it is not surprising that Brexit is a priority for Irish business given our proximity to the UK and the importance of our trading relationship, it is alarming that businesses across Europe are not more concerned by the potential impact of the loss of the EU’s second biggest market.”

He added that the chamber believed that this perspective would have implications for the approach adopted by member states to any future negotiations on the UK’s exit. “If European businesses do not see the importance of maintaining close trade relationships with the UK, they are far less likely to support a pragmatic approach to negotiations.”

Mr Donnelly went on to say that from the chamber’s engagement with their European partners they had anticipated this response.

“Other European countries are far more preoccupied with issues like the migrant crisis, climate change, Russia’s expansion into Crimea, and long term youth unemployment. We believe there is a role to play for Ireland’s business community to help our counterparts in Europe to understand that unless a practical approach to Brexit negotiations is adopted, we all stand to lose out in terms of reduced economic growth, investment and jobs.”