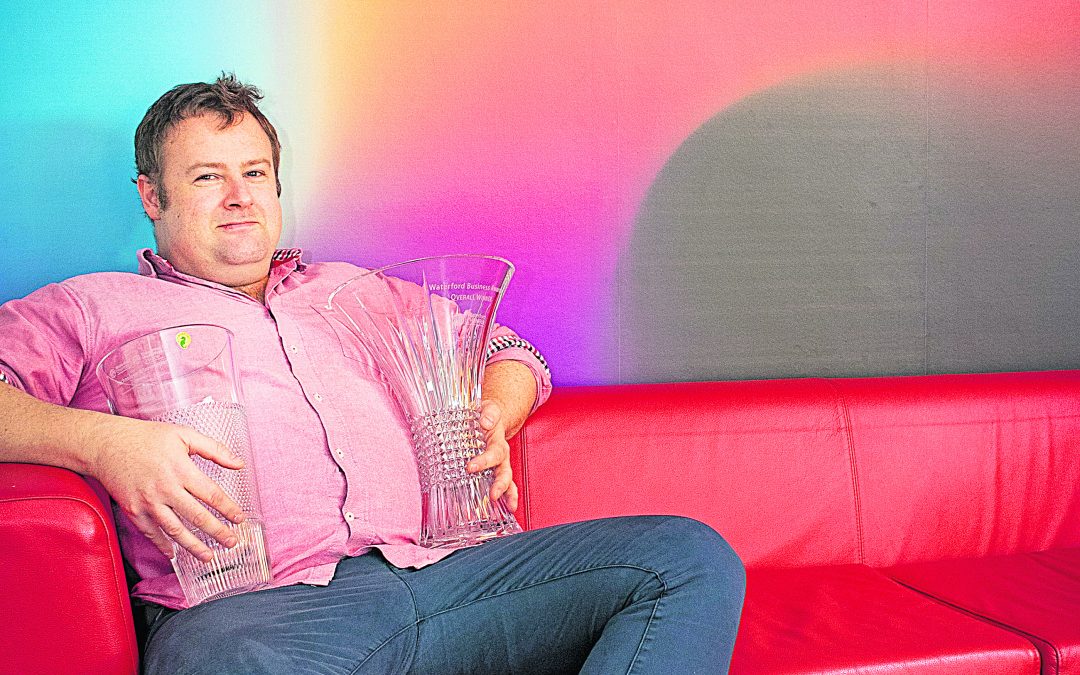 The multi-national company also picked up the Technology & Innovation of the Year award during the streamed event and is the second time the Tramore based company has won the top prize, collecting it first back in 2016.

NearForm is one of the biggest success stories to come out of Waterford, if not Ireland, during Covid 19, having created the tracker app, which is now being used globally.  Just last week, the company  secured a multi-million euro investment from Columbia Capital, which will be used to scale up operations and accelerate recruitment in sales, marketing, engineering and design, across North America and Europe.

The company, owned by Tramore native Cian O’Maidin, currently employs around 160 people, most based in the sunny South East, but plans are afoot to grow that number considerably.

The Waterford Business Awards, which are organised by Waterford Chamber, Dungarvan & West Waterford Chamber and WLR, were hosted by Damien Tiernan and Mary O’Neill and celebrated the successes and contributions of the shortlisted companies.

Commenting during the live stream, Mayor Geoghegan said: “We have had a very challenging  start to 2021 while last year was certainly the most difficult we have faced in recent years, so it is particularly important that we recognise the positives and this afternoon we will do just that.

We must be proud of ourselves and show leadership in times of adversity. Leadership comes in many forms – it’s about setting an example and our business community has done that. We have shown the rest of the country how a community can come together and achieve. We have done it during the pandemic, and you have done it as business leaders.”

The Entrepreneur of the Year Award, sponsored by Faithlegg, was presented to David and Sandra Whelan, Immersive VR Education.

Following the awards, Danette Connolly, Waterford Chamber President said, “On behalf of Waterford Chamber, I would like to sincerely congratulate NearForm on being announced as the Overall Winner of the Waterford Business Awards and to all category winners and finalists – thank you. Without your hard work and determination our business community would not be as vibrant as it is today and we wish you all continued success.”

Speaking on behalf of WLR, Des Whelan, Managing Director, said: “WLR as a local company with offices and studios in Waterford City and Dungarvan was very pleased to be involved in both organising and promoting the Waterford Business Awards. It’s such a positive event for Waterford City and County with so many world class companies and innovative business people being honoured.  My congratulations to all the nominees and winners and thanks to all who entered and supported the 2020 awards.”