The European Commissioner for Agriculture, Phil Hogan, will give the keynote address at the Navigating Global Trade Conference on Friday, March 15th at the RDS. The conference is being organised by the Irish Farmers Journal in association with Grant Thornton and it is a citizen’s dialogue event supported by the European Commission. 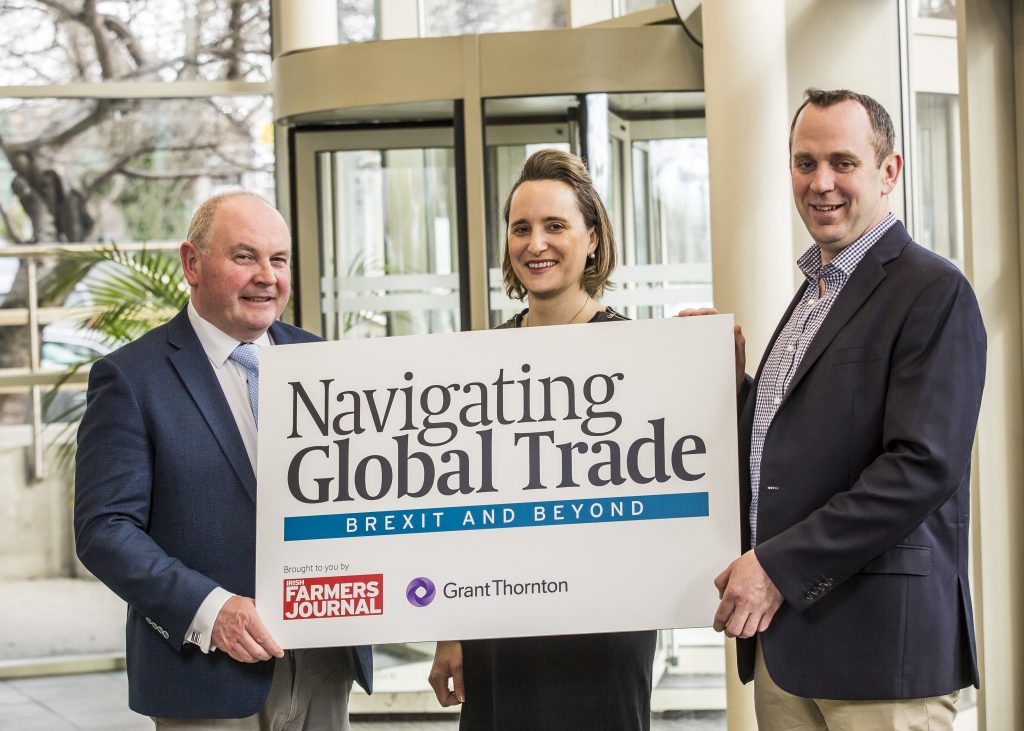 Taking place just two weeks before the planned date for the UK to leave the EU, the conference is particularly timely and it will address the ongoing Brexit negotiations, the future of CAP and global trade talks. This conference will outline the challenges and opportunities that lie ahead for the Irish agri food sector and identify ways in which we can navigate a way through the current market complexities.The issue of Brexit has dominated our media and indeed political life for almost three years now, yet on the eve of the UK departure from the EU, we remain uncertain as to what shape this departure will take.
Despite the uncertainty, farmers have continued to milk cows, finish beef cattle and make sure ewes are attended to at lambing. Our dairy and meat factories have continued to develop markets with varying degrees of success. Despite Brexit and global uncertainty, Ireland will remain one of the most suitable areas in the world for livestock production, thanks to our temperate climate and ability to grow grass.The two panels on the day will address the issues facing Irish agriculture as we enter the post-Brexit era. The conference will examine the current issues such as CAP and Brexit and the EU’s place in Global Trade.
It will also debate and discuss how we can deal with Brexit on the island of Ireland. The panel discussions will be hosted by the Irish Farmers Journal’s Markets Specialist, Phelim O’ Neill and Agribusiness Editor, Eoin Lowry. Other confirmed speakers include Peter Legge (Partner, Grant Thornton), John Clarke (Director, DG Agri), David Taylor (New Zealand’s Ambassador to the EU), Anne Randles (Director and Company Secretary, Ornua), Professor Colm McCarthy (Economist and commentator) and Joe Healy (IFA President).