A LEVEL of uncertainty continues to surround the future of a prominent site in Kilmeaden village.
The future of the Kilmeaden Village Centre has been an ongoing cause of concern for many in the locality in recent years due to its increasingly unsightly appearance and a lack of commercial activity.The centre was once a bustling community hub which was home to a number of successful businesses including a supermarket, florist, café, a hair and beauty salon.
The building also offered meeting and conference facilities and included residential units. The Mountain View Chinese restaurant is currently the only business in operation. A play park, which is situated on the grounds of the centre, remains popular with children and parents. 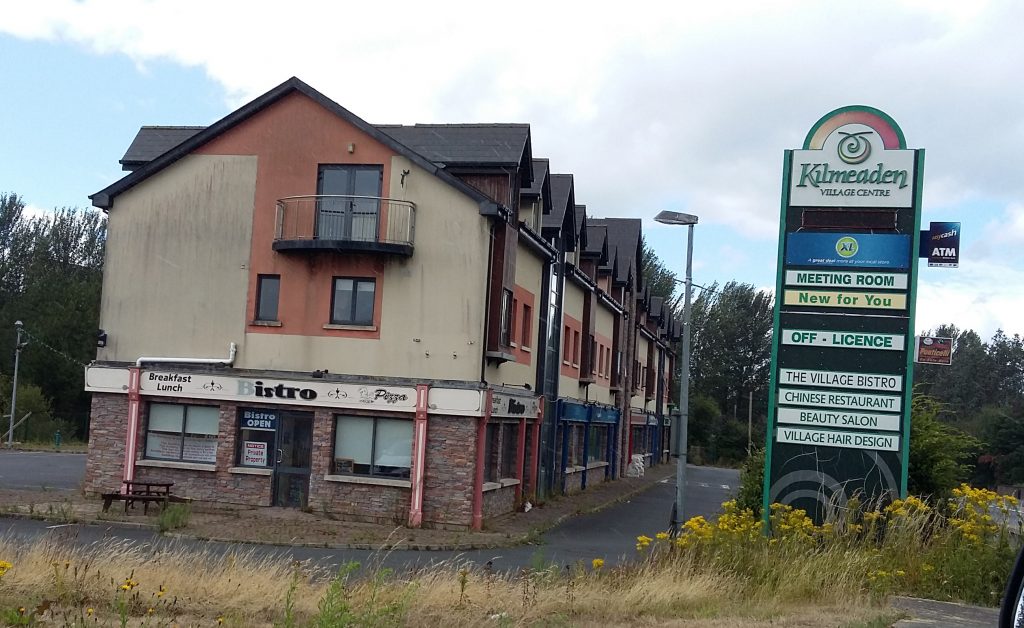 The future of the building itself was regularly been raised by local Councillors who feared it may enter dereliction.
Last year, an investor purchased the Kilmeaden Village Centre with the intention of returning it to use, including the provision of residential units. At the February meeting of Waterford City & County Council’s Comeragh District, Cllr John O’Leary (FF) sought clarity on the centre’s current status. He asked if a deal has been agreed with the Council in relation to residential flats becoming available as recent rumours have suggested. In response, Director of Services (Housing) Ivan Grimes pointed out that the property in Kilmeaden is privately owned.
Mr Grimes explained that as part of the Vacant Home Strategy, the Council approaches owners of private properties throughout the district with a view to utilising vacant properties.He added that the Council gives advice to owners on the various schemes that are available. Specifically addressing the issue of Kilmeaden Village Centre, he said: “As of today there is no agreement with the Council so I can’t comment any further.” Cllr O’Leary believes the return to the provision of residential units at Kilmeaden Village Centre will have many benefits for the village and the surrounding area. He said Kilmeaden is the most sought after location for people seeking social housing in the Comeragh District due to its convenient proximity to Waterford City.