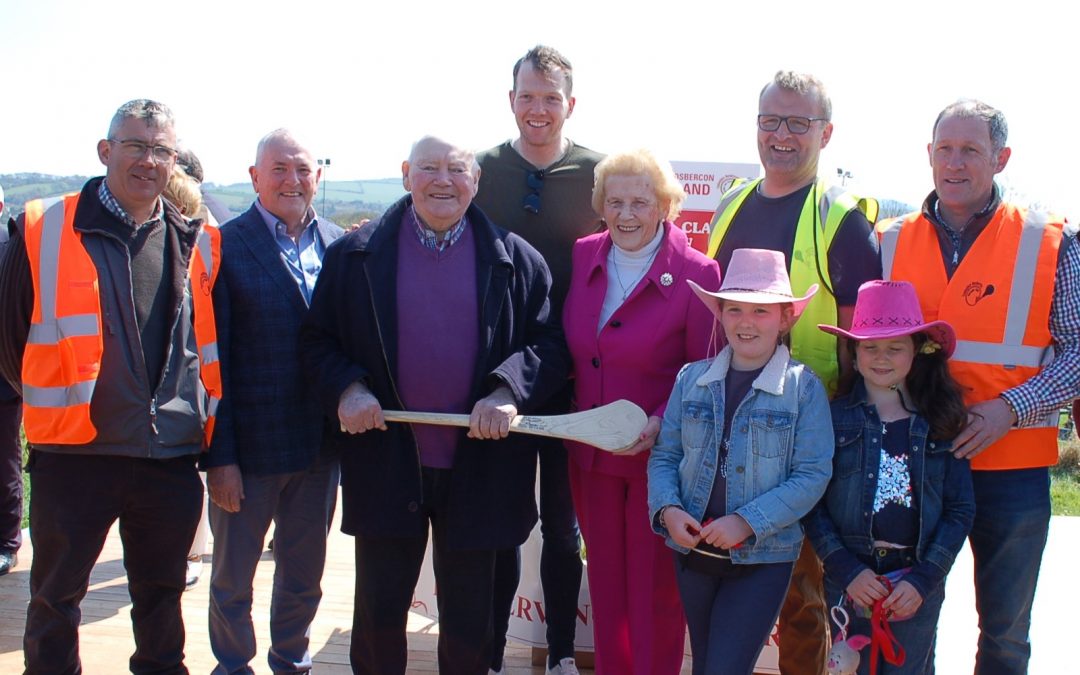 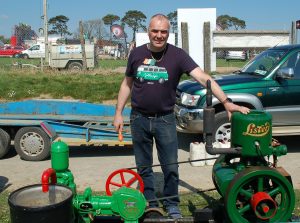 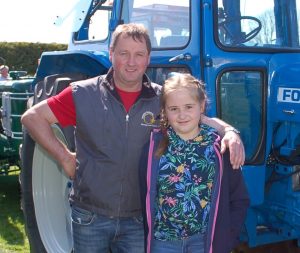 The committee of Tullogher-Rosbercon Vintage Club are to be congratulated on the organising of the All-Ireland Vintage and Classic Show, which was held on April 24th at Rosbercon Parish Centre. While the weather proved very favourable on the day, great credit must go to the organisers on how the event, attended by thousands, ‘went off like clockwork’.

Anna May McHugh, of National Ploughing Association fame, cut the tape to officially open the show and praised the organisers for staging such an impressive event. The only ‘tricky’ moment of the day came, shortly after Anna May cut the tape, when she was presented with a hurley by Ballyreddy’s Philly Murphy, less than 24 hours after Kilkenny had beaten Laois, where she lives. To add to the tension, Philly’s grandson, Kilkenny hurler Walter Walsh, who played with Kilkenny the previous evening, was present to lend a hand. 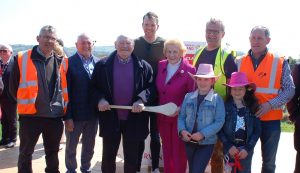 Anna May wasn’t overstating how impressive an event it was when she said that if anyone couldn’t find anything of interest at the show, “there must be something wrong with them”.  – there was something there for everybody, young and old, male or female. One event, which attracted huge attention, was ‘Build a Tractor’, where a new record was set at just over 6 minutes – yes, this is not a misprint, just over 6 minutes.

The attendance and exhibitors came from all over Ireland and there was a variety of tractors, cars and engines on display. 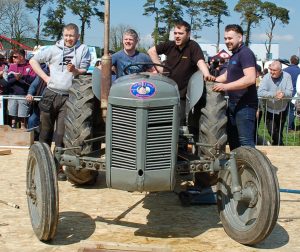 Barrow Boys after building a tractor.