Matt Keane Meets: Michael Doyle; A cut above the rest 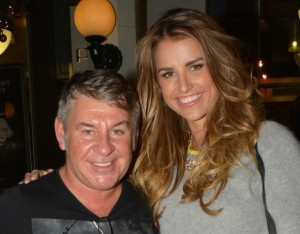 Michael Doyle, pictured with Vogue Williams, one of his many happy clients.