On Saturday next at the Theatre Royal (7pm), Paddy Dwan and Mark Roper will release their latest book, titled ‘Comeragh: Mountain, Coum, River, Rumour’. Carrie Crowley will perform guest speaking duties for the launch of Paddy and Mark’s third collaboration, which runs to 180 pages, containing 20,000 words and 200 colour photographs. “We’ve already produced two similar books,” said Paddy. “‘The River Book: A Celebration Of The Suir’ (2010), and ‘The Backstrand: Tramore’s Hidden Secret’ (2013). Both books sold in excess of 1500 copies and received highly favourable local and national publicity. Many people from home, now living abroad, got copies of both books and later told us that they’d provided them with a creative re-entry into the world they knew during their childhoods, which was wonderful feedback to receive. And this book is the culmination of five years’ work.” 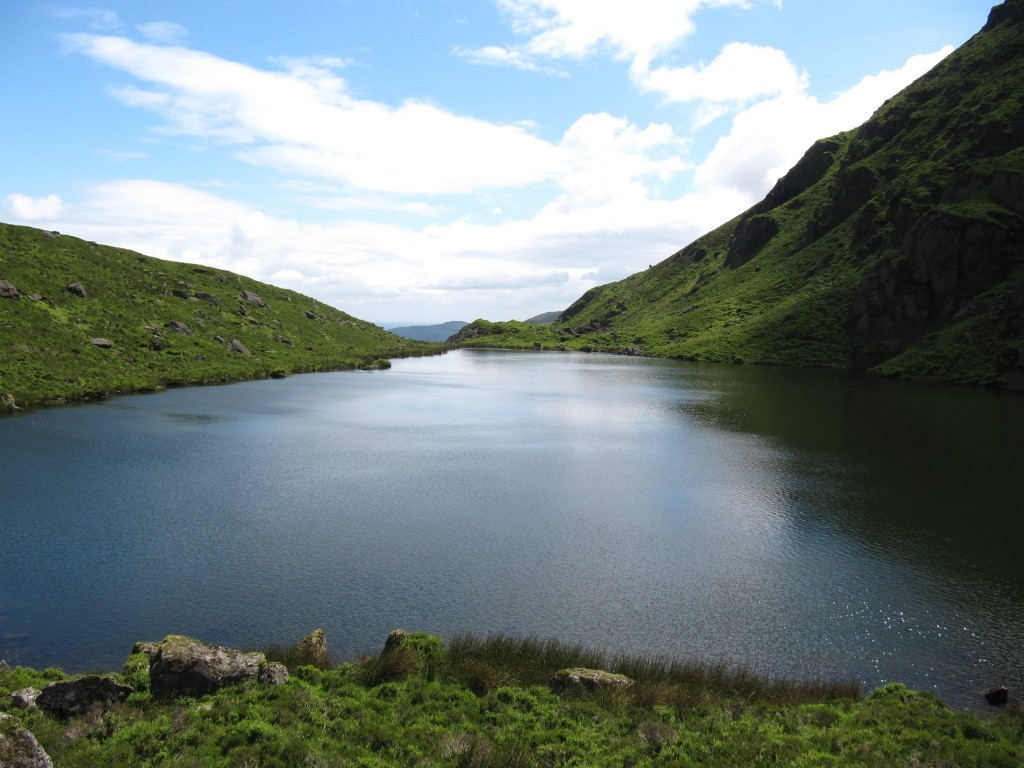 Mark Roper and Paddy Dwan will launch their third book at the Theatre Royal this Saturday evening. Their work on the Comeraghs has taken five years to assemble.\

Paddy told The Munster Express: “The Comeraghs cover a wide area and we’ve put in a great deal of work, both physical and mental, to ensure that the book does justice to its subject matter. The only grant we’ve received so far towards the work has been a much appreciated €600 from the Comeraghs Wild Festival – and they’ve also offered us another €600 towards the cost of printing the book. And apart from the time we have put in, we’ve incurred a good deal of expenditure in terms of equipment needed to walk in the mountains, along with car fuel and so on.
“The approach Mark and I have taken to all three books has been both collaborative and creative. It’s a collaboration between two artists; a collaboration between us and the Comeragh community, and a collaboration between the book and the wider community. We’ve spoken to many individuals who have particular experience of the mountains, including sheep farmers, rock climbers, local historians, guides, hunters as well as those with a direct experience of living there. Many of these people will feature in the book, and in their own words, in the book.”
He added: “We’ve also spoken to many individuals about the history and culture of the area and have researched via libraries and museums. The Comeraghs has a strong Irish language heritage, and we’ve worked hard with many people to do justice to this. Irish language poetry was important in the area so we will be including samples and context of the creativity that has been inspired by these mountains.” As for the creative element, Paddy stated: “The book isn’t a guide, nor is it a history – it’s a creative, artistic engagement with every aspect of the mountains, a blend of photos, short pieces of prose and poems. In essence, we’re trying to tell the mountains’ story, and to add some of our own to them.” Paddy told me: “The photos and text reflect and display an individual artistic sensibility. No photo is ever just an illustration of a point in the text – each photo is chosen primarily because it is a good photo. The poems respond in an entirely individual way to the mountains. We have walked together in the mountains and share experiences, and we have walked as individuals. The final decisions on what to include are artistic decisions as to what will work best. We work hard together on this and we work hard with the book’s designer.”
Paddy and Mark both feel the book represents something new and fresh for lovers of the Comeraghs to enjoy. “Judging by the reaction to the two previous books, we’re confident that there will be a large and receptive audience to this particular work,” said Paddy. “In addition to Saturday night’s launch at the Theatre Royal, we’re going to have further launches in Kilmacthomas, Kilrossanty, Dungarvan, Ballymacarbry, Rathgormack, Carrick-on-Suir, along with Dublin. We’d like to think that such a book will help to increase the profile of both Waterford City and County, both nationally and internationally – copies of our previous books have been presented to President Michael D Higgins and President Barack Obama. While we know the book’s main audience will be local, we anticipate that it’ll also find a large audience among people who knew the Comeraghs earlier in their lives but have since moved away. And we believe that the creative approach we’ve taken to this book will see it attract a sizeable and receptive audience.”
Said Paddy Dwan: “The Comeraghs are a very special mountain range, rich in culture and history, and are not as well known as they deserve to be.”
Paddy Dwan now runs ‘Time Outside’, providing nature walks in the County Waterford area. Working with both the City & County Council and WIT, Paddy also works with all age groups and particularly enjoys working with children and those with special needs. He intends to use the new book as a basis for further walks in the mountains.
“We will also be doing readings and slideshows from the books, as we did with the previous books,” he said. “We’ll take these into schools, and encourage students to make their own creative engagement with the mountains.”