NOEL CONNORS: AN ALL STAR ON SEVERAL FRONTS

MATT KEANE MEETS
Part one.
During the course of life, you sometimes get the opportunity to get to know someone whom you’ve greatly admired, and for a decade or more now, I’ve been fortunate to cross paths with proud Passage man and Waterford hurling All Star Noel Connors.
Noel, who as born on May 5th, 1990, picked up his second All Star award last year having been previously honoured in 2010.
His displays at left-corner-back for Waterford during those two seasons, and many more besides, have been one of the main reasons why the Deisemen have been one of the most respected outfits in the country over the last 10 years.
I first met Noel back in 2007 when the all conquering De La Salle team won the Harty Cup and then the All-Ireland title under the guidance of DerekMcGrath and Dermot Dooley and he made an immediate impact on me. 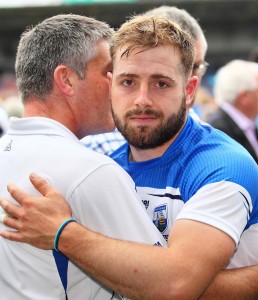 With the National Hurling League season less than a fortnight away, I had the pleasure of recently chatting to Noel, during which he looked back at his career to date what he hopes lies ahead in the coming months.
“We’ve just completed the new Munster Senior League competition and I think it’s a great idea because it gave Derek and the lads a chance to give some of the new lads a run out in some of the games,” Noel began.
“With Division 1A being so competitive and with every game we’re facing into going to be really important, it’s basically impossible to blood many of those players in that competition so this new Munster League format was of great benefit.
“Now, I didn’t play in the opening games of that League but I did line out against Limerick and it was great to get the shackles off and get back into the groove once again.”
Noel added: “It was nice to win the National League last season and it was without doubt a step in the right direction. I suppose it would be fair to say that we allowed both the Munster Final and the All-Ireland semi-final to slip away from us in the final 10 minutes of both games but overall it was a pretty good year but we will now have to build on it the best we can.”
So how did he feel about picking up his second All Star? “I know it’s the oldest cliché in the book but those awards are all about the team and the background staff. Of course it’s good to receive personal accolades but I genuinely believe that everyone who receives them are determined to thank their team mates because it would be impossible to win them without the efforts of the people you play with.”
Noel has a deep love for his hometown village and he talks passionately about Passage whenever the opportunity permits it.
“Passage is immersed in the GAA and in fishing. The fishing embargo has hampered things in recent times and that’s something we could talk about for a long time. The Bolger Brothers tragedy is fresh in many of our minds to this day and the GAA Club did what it could to rally around the family during that terrible time and offer them some comfort. That’s what makes GAA clubs special.”
The club’s greatest success to date came in their dramatic 2013 County Senior Hurling Final win over neighbours Ballygunner, clinching victory in a manner similar to Manchester United’s 1999 Champions League Final win over Bayern Munich.
“It was a very special day, all the more so because the club had lost two finals during the 90s. We’d a lot of fuel in the tank during all of the games we played that season and we came good in the last few minutes of the final thanks to those great goals from Sean Hogan and Conor Carey and we ended up winning by three points (3-16 to 3-13).
“It was a great day for people like Sean Cullinane and people like our fathers who had given everything possible down through the years to win the Championship but who unfortunately never experienced the joy of lifting the trophy.”
Off the pitch, Noel gives a lot of thought to the various topics that have become part and parcel of the inter-county scene and he’s currently in the final stages of a PhD in which the GAA figures highly.
“I began studying in WIT in 2008 and I completed a Bachelor of Business Honours Degree and then I did a Masters in Business Management before taking a year out. I travelled for three months so that’s the reason why I am still at college. A
“t the moment I am about two years into research called ‘Self Identified Leadership and Automatic Practises’ which is something I am really enjoying. It deals with people who work in voluntary organisations and because I’m so close to the GAA, I’m lucky to have interviewed about 70 people at this stage.
“I’ve spoken to club leaders, club officers, the people who cut the grass, the people who clean out the dressing rooms and so on. I’ll also be speaking to the people who work in Croke Park, such as Alan Milton (Head of Communications) and Stadium Director Peter McKenna. I have 18 months to complete all of the data and then piece it all together.”
Noel added: “One of the things I’ve discovered is that teachers have had a massive influence down through the years and it’s fair to say that the adage of bringing a hurley and hemlet into school is, from a GAA context, as equally important as bringing in schoolbooks is for a teacher. 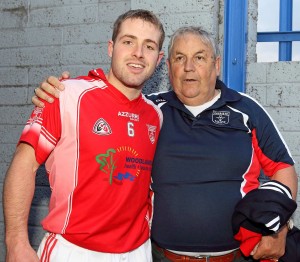 “Being so close to the organisation I suppose I will have to try in some ways complete the thesis independently but I’ll also do my best to enhance it for the betterment of the organisation”.
Noel also wished to thank a gentleman who has helped him greatly since he started out on his research journey.
“Dr Ray Griffin, who is a lecturer at WIT, has been extremely helpful to me and he is a fantastic individual who has always been there for me,” he said.
“He’s meticulous in every thing he does; he knows the sort of days I have especially when we are playing League and Championship games but he’s always available to advise me and I couldn’t have got this far without him.”
Next week: Noel talks about player burnout, the structure of hurling competitions, looks ahead to the League meeting with Kilkenny, and shares his thoughts on Derek McGrath, his backroom team, Donal Óg Cusack and Davy Fitzgerald.