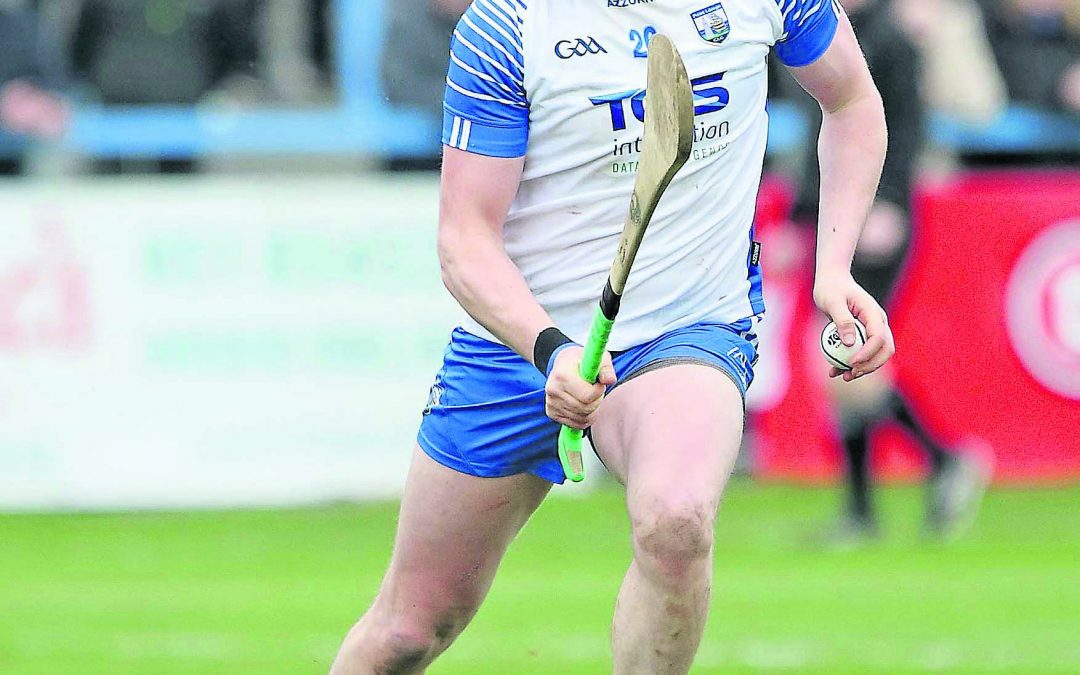 National Hurling League Division 1
Tipperary 0-24
Waterford 2-16
Brian Flannery Reports
Waterford suffered their first defeat in this seasons Allianz National Hurling League when going down by two points to All-Ireland champions Tipperary at Semple Stadium.
By the end of this game referee Sean Stack had brandished six yellow cards and three red cards in a game that really wasn’t that kind of game.In a nine-minute period just before the break Austin Gleeson, Kevin Moran and Tipperary’s All-Star corner back Cathal Barrett all suffered the ignominy of being sent-off. 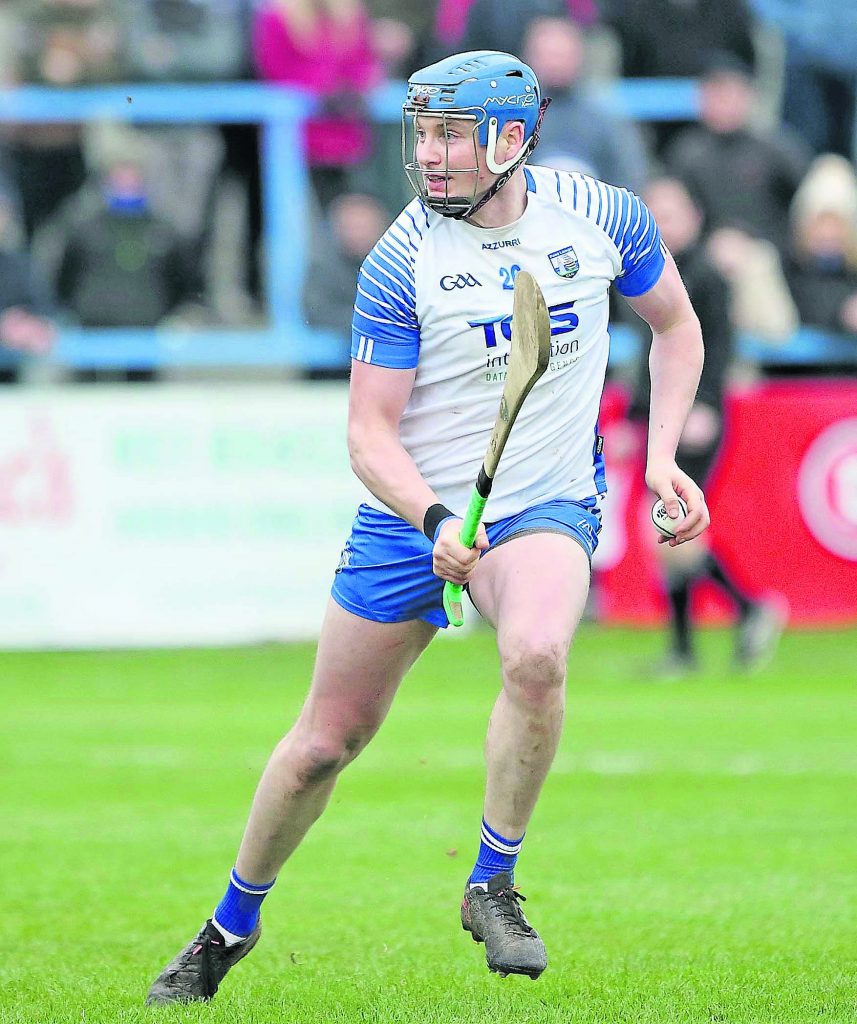 Waterford’s Austin Gleeson about to clear.

There was some confusion with regard to Austin Gleeson’s first yellow card after 15 minutes while there was none when he received a second after 29 minutes for connecting with the helmet of Cian Darcy followed by an immediate red card.Following the intervention of the linesman Waterford veteran Kevin Moran received his marching orders for what looked a fairly innocuous coming together with Jason Forde on 33 minutes. In first half injury, this time on the advice of his umpires, referee Sean Stack brandished a straight red card to Cathal Barrett following an off the ball incident with Ballygunner’s Dessie Hutchinson.
The opening exchanges were fast and loose with Peter Hogan finishing to the net after 10 minutes when Jamie Barron’s initial effort was only parred by Tipp goalkeeper Brian Hogan. This put Waterford 1-2 to 0-3 ahead, but the home side were coming more and more into the game by the end of the opening quarter. Stephen O’Keeffe did superbly to deny both John and Noel McGrath a goal with excellent saves in the first half while Dessie Hutchinson spurned a good opportunity to garner a second major for the visitors after 20 minutes when he found the side netting with only goalkeeper Brian Hogan to beat.
The Premier hit five points in succession from Jason Forde (3), Seamus Callanan and Padraic Maher to lead 0-10 to 1-4 after 21 minutes. In between the sending off’s late in opening half the sides shared the remaining eight points to leave Tipperary leading 0-14 to 1-08 at the break. The game had just restarted when Padraic Maher had his second point of the day from distance. Despite their numerical disadvantage Waterford continued to battle gamely and Stephen Bennett pounced on a Padraic Maher error to shoot a second goal for Liam Cahill’s men, 0-15 to 2-8 just a minute into the second half.
Waterford showed much more industry than their hosts with Jamie Barron, Conor Gleeson and Peter Hogan in particular covering a huge amount of ground despite being down to thirteen players. In contrast Tipperary looked lethargic and ponderous in possession.
Waterford twice levelled the game in the second half but could never get ahead as conditions became even more difficult with snow showers and biting cold throughout.
Debutant Dillon Quirke was the hero for the eventual winners with four points from play, three in the second half while Stephen O’Keeffe had two more fine saves before games end when denying substitutes Cian Darcy and Paul Flynn goals in the 60th and 68th minutes to cap off a fine individual display between the sticks for Waterford.Points from Jamie Barron and Stephen Bennett brought the margin back to the minimum approaching full time but an injury time point from the accurate Jason Forde confirmed the two-point victory for the home team.
Despite this defeat Waterford’s progression to the knock-out stages was confirmed when Cork failed to beat Galway in their final game.
Waterford will play their re-fixture against Limerick this Saturday night at 7pm in the LIT Gaelic Grounds Limerick where a win will see Liam Cahill’s charges progressing to the semi-finals while a defeat comes with the consolation prize of a quarter-final berth against wither Wexford or Kilkenny.