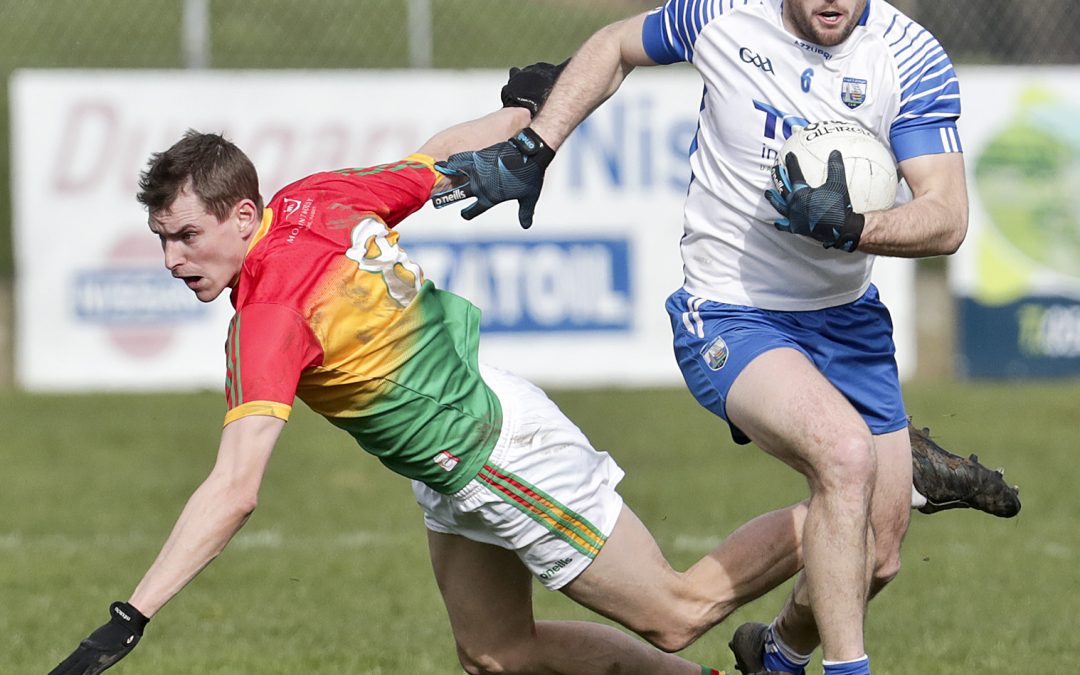 Jordan Norris Reports
Waterford showed great character to defy the odds and take a share of the spoils as they clawed back a late deficit to end in stalemate at Fraher Field. The visitors played with the wind, largely helped by Storm Jorge, and were the stronger for the first half. The elements certainly aided them, as they started the brighter – leading by six points to two midway through the first half, Paul Broderick starring as he would finish with 0-9. Donal Fitzgerald was lively again for Waterford, as was Conor Murray – the young duo grabbing five of their county’s tally. 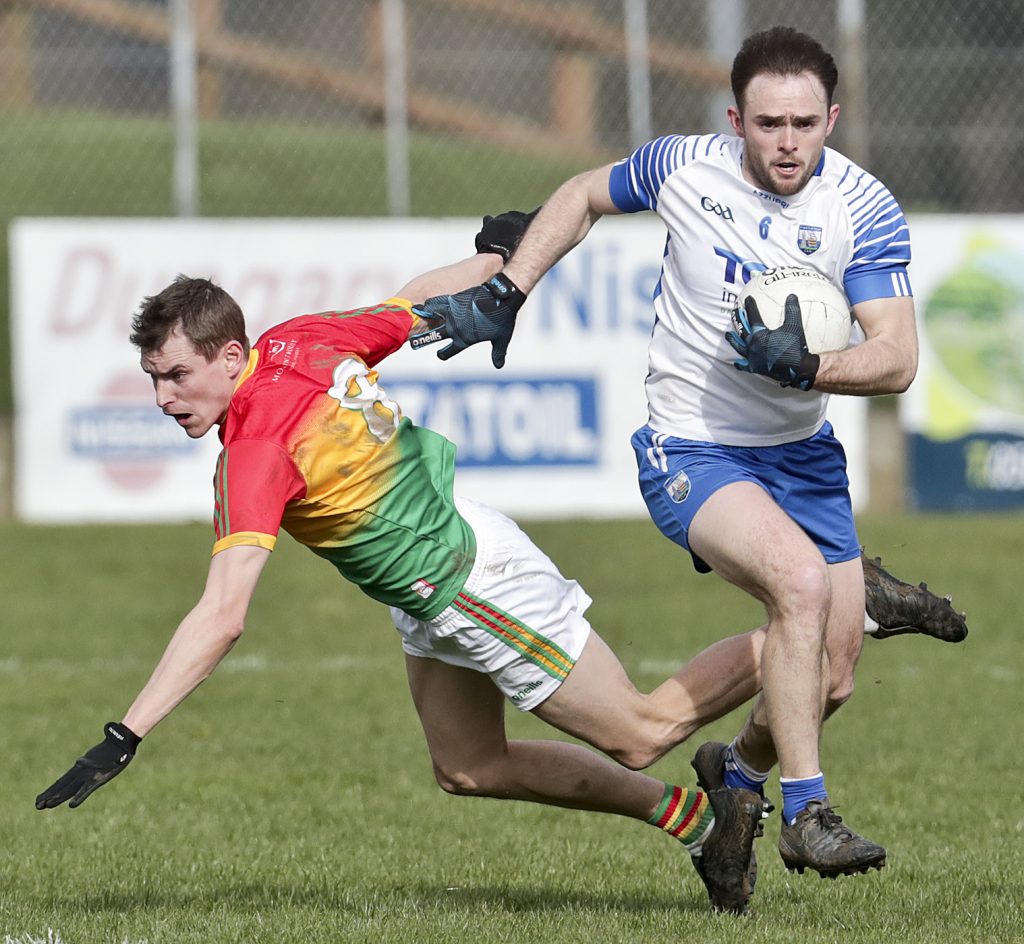 Waterford's Sean O'Donovan gets away from Carlow's Sean Gannon

Despite Carlow’s good start, Waterford drew level on the half hour mark when Dermot Ryan raised the afternoon’s first green flag – the Deise then edging in front for the first time shortly after. However, Carlow answered their critics in the best possible fashion as John Murphy repeated Ryan’s exploits – Carlow 1-10 but Waterford 1-5 at the break.
The Deise were much better after the interval as they recovered this five point deficit. Waterford outscored their rivals by six points to three in the early second half exchanges, the gap being cut to two courtesy of some fine scores by Jason Curry.
It seemed as if the writing was on the wall and another home defeat beckoned when Carlow broke forward and substitute Daniel St Ledger fisted the ball past Paudie Hunt to give Carlow a five point cushion once more – but this was to be the last of their scores as a resolute Deise defence held firm.
Sean O’Donovan of Modeligo has found his scoring touch of late and he made matters all the more entertaining when he fired in a goal for the second consecutive week, before An Rinn’s Darach O’Cathasaigh, who has impressed in his debut season – split the posts as the home crowd roared on this sudden revival. Carlow presumed the cat was in the bag by now, but with the last kick of the clash – Jason Curry’s nerves of steel from the dead ball saw a deserved draw become snatched from the jaws of impending defeat.
Both sides are out of the promotion race – and will meet again next year in the latest renewal of a brewing rivalry. Next up for Benji Whelan’s men is the visit of London in two weeks time – and that is a game where the Deise will likely make it three games without defeat.