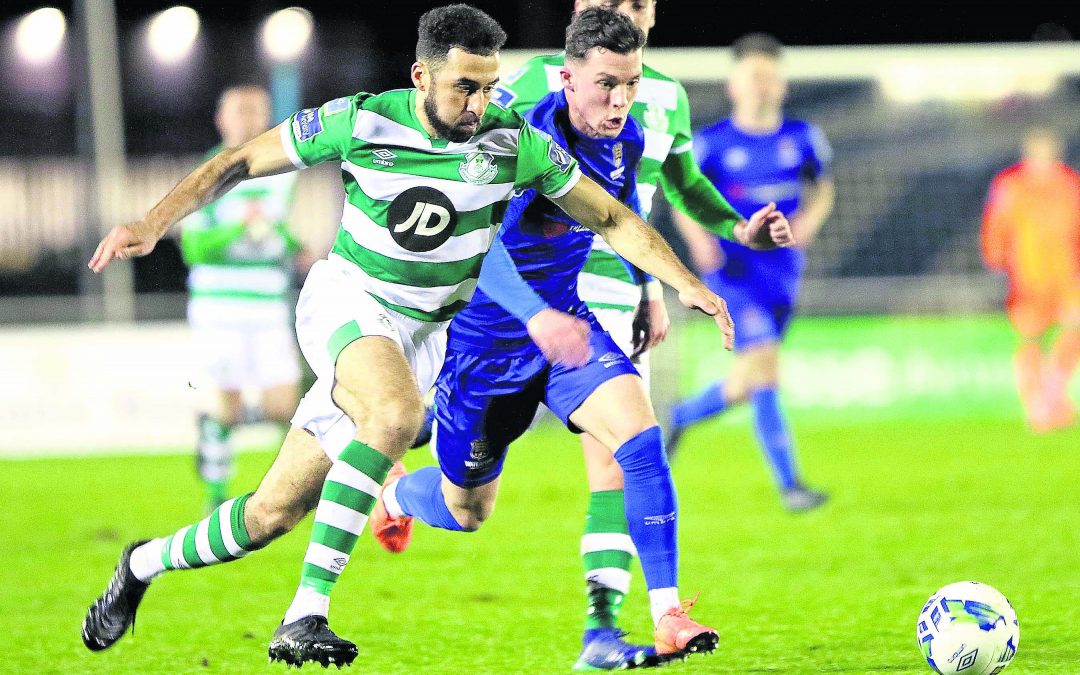 League of Ireland Premier Division
Waterford FC 0
Shamrock Rovers 2
Jordan Norris Reports
An early own-goal and red card saw Waterford’s hopes of putting a challenge up to highly fancied Shamrock Rovers go up in smoke not long after a ball was even kicked.
Shane Griffin came in for Scott Allardice in Waterford’s only change from defeat to Bohemians – while the visitors made six swaps, with five goal hero Graham Burke not part of the squad despite his haul in the 6-0 win against Cork. The star name was of course Irish international, Jack Byrne – who dictated the entire game from a deep lying midfield role.
Byrne spread the play wide to Rhys Marshall in the third minute, his wicked cross was diverted into his own net by Akin Odimayo – the second own goal here in just four days. 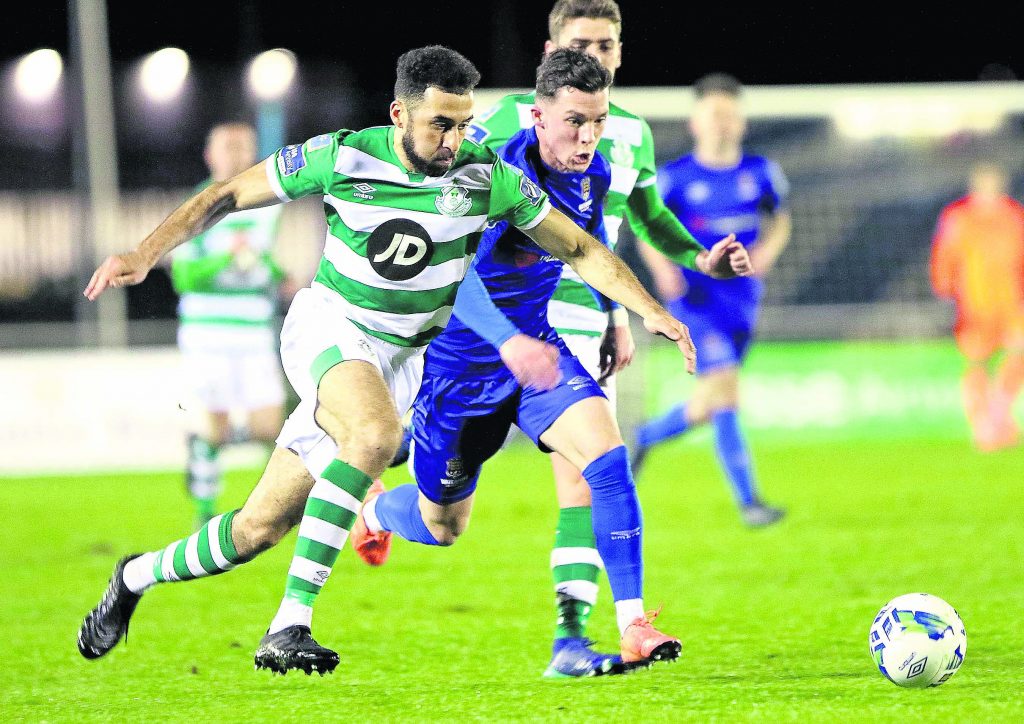 Credit to Waterford, they did look to be responding well to the early setback, as Michael O’Connor and Ali Coote led the charge – O’Connor had a fierce effort well blocked by local man Lee Grace, but he and Andre Burley went into the referees book very early on, which put a rod in their backs. Moments later, Dean Williams broke in behind the defensive line and he was bundled over by Burley, who received his marching orders from Raymond Matthews.
To compile misery, the resulting free kick saw some pinball in the box until Liam Scales’ lay off fell to Marshall at the edge of the box, and he dropped the shoulder opening out his body to unleash a rocket past Brian Murphy into the top right corner. 2-0 down, a man down – 75 left to play, one feared it could be a cricket score.
Byrne then went close with an effort from distance, but Murphy was equal to it on this occasion. A fine counter from the Hoops saw Byrne whip a lovely ball into the onrushing Dylan Watts, his effort cannoning over off the crossbar. Will Longbottom replaced O’Connor at the interval, but the change did not reap the desired effect – as one supporter remarked, Waterford could’ve stayed until Patrick’s Day and still not find the net. It was all one-way traffic for the entirety of the second half, Murphy made a great stop to deny Watts from close range, before Aaron Greene struck the post from an angle.
Watts will have been wondering how he didn’t add to his sides tally, as the veteran goalkeeper again produced a flying stop to deny him once more.In the end, the visitors profited from Waterford’s self-destruction and lack of bite to run out comfortable victors – and were it not for Murphy’s heroics on the night – this could easily have wound up 5 or 6 nil. Rovers sit top of the table, Waterford have work