Déise no match for dominant champions 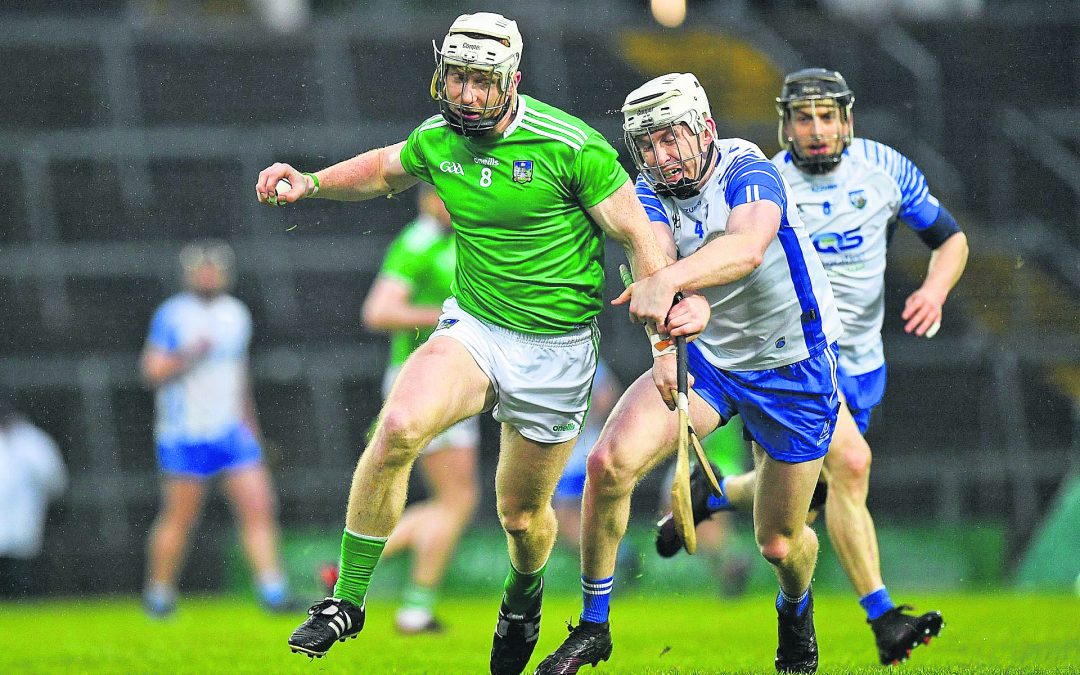 Hurling League Division 1A
Limerick 1-21
Waterford 1-17
Brian Flannery Reports
Waterford’s final group game in Division 1A of the Allianz national Hurling League ended in a four-point defeat, at LIT Gaelic Grounds against their hosts Limerick.This victory puts Limerick into a league semi-final while Waterford has the considerable consolation of a home quarter-final to look forward to.Limerick, the reigning League and Munster champions, led from start to finish and were likely winners from quite early on. 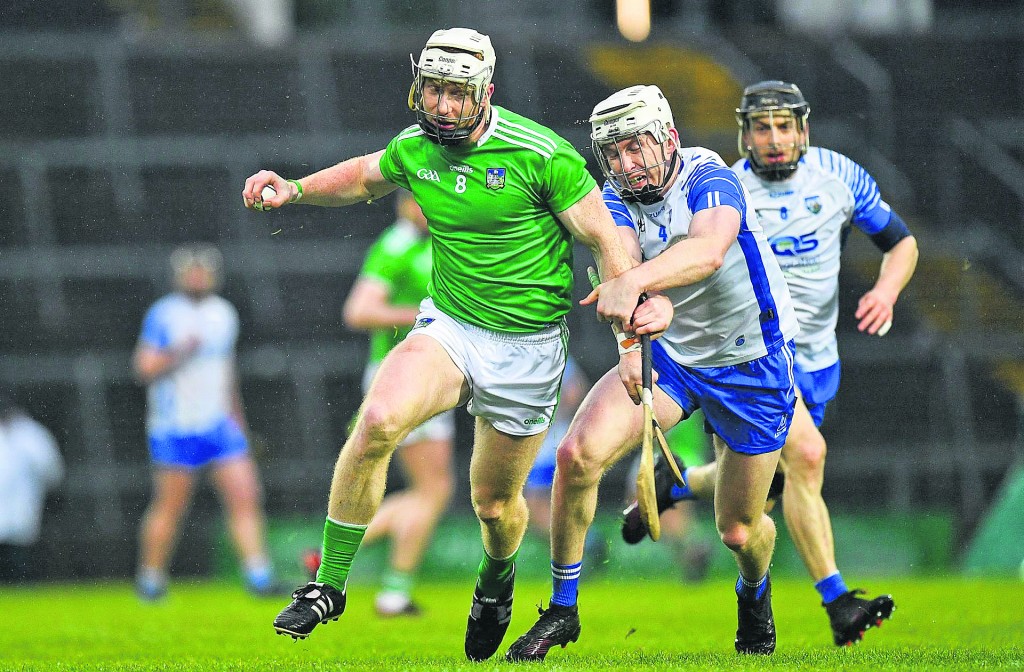 Limerick’s Cian Lynch break past the challenge of Shane McNulty

Waterford were completely outplayed for large stretches although a late rally with some help from the bench ensured there was no capitulation on the scoreboard.
Manager Liam Cahill made as many as nine changes from the team that narrowly lost to All-Ireland champions Tipperary the previous week. This major reshuffle included a first start for goalkeeper Shaun O’Brien and for also MJ Sutton and Tom Barron.
Conditions were difficult throughout the game with incessant rain and slippery underfoot conditions proving a challenge for both teams.
Debutant Shaun O’Brien did well to save from Aaron Gillane and keep his goal intact after just four minutes. However, the home side in front of an official attendance of 9,017 were dominating possession. In defence Mike Casey, Declan Hannon and Dan Morrissey were in commanding form for John Kiely’s men with Cian Lynch and Kyle Hayes also on top at centre-field. The diminutive Graeme Mulcahy had three first half points with David Dempsey and David Reidy causing much difficulty for the Waterford defence.
Despite being outplayed Waterford were in touch trailing by a single point 0-5 to 0-4 at the end of the first quarter with three of these scores from Pauric Mahony frees and Jamie Barron with the other from play. However, Limerick soon made their dominance show on the scorecard. Two excellent points from Graeme Mulcahy preceded Limerick’s goal on 27 minutes.
A beautiful cross-field pass from Cian Lynch was expertly fetched by David Dempsey who slipped a slick hand-pass to an inrushing Gearoid Hegarty who billowed the net to give Limerick a 1-7 to 0-4 advantage.Pauric Mahony (who had missed with three first half efforts) nailed three further frees before the break with a single from David Dempsey coming back in reply. Limerick took this 1-8 to 0-7 lead to the break.
The Ferrybank duo of Mark O’Brien and MJ Sutton were both replaced before the interval and tellingly Limerick outscored Waterford 1-5 to 0-1 from play in the opening 35 minutes.
While substitute Peter Hogan opened the scoring in the second half it was once again the home side that was making all the running. Man-of-the Match Gearoid Hegarty, having hit the net in the opening half, registered five superb points from play over the second period. While well marshalled Aaron Gillane too found his range in the second period with Graeme Mulcahy a constant thorn in the Waterford defence throughout.
Limerick were cruising 1-16 to 0-11 after 57 minutes when an attack led by Tom Barron ended with Jack Fagan careering through the heart of the home rear-guard and shooting high to the net past Nickie Quaid to give the visitors a much-needed boost.
The Treaty side responded with points from Gearoid Hegarty (2) and Aaron Gillane to restore an eight point lead, 1-19 to 1-11 with 65 minutes on the clock. A second fine save from Shaun O’Brien denied Aaron Gillane a certain goal here; managing to deflect Gillane’s pile-driver over the bar.
Over the remaining minutes Waterford showed great battling qualities to outscore the eventual winners 0-5 to 0-2 to keep the margin in the respectable zone.
Substitutes Peter Hogan, Jack Fagan, Billy Power and Darragh Lyons all got on the scoresheet for Waterford before full-time to give their manager plenty to ponder in advance of this Sunday’s League quarter-final.