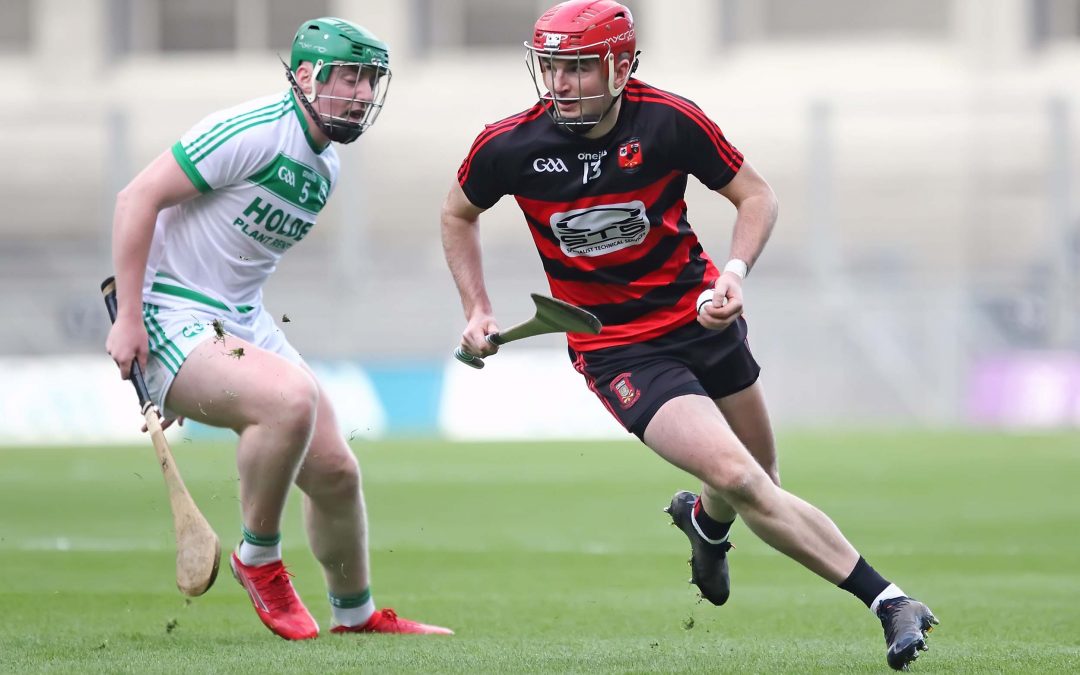 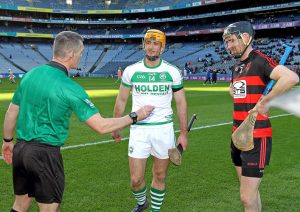 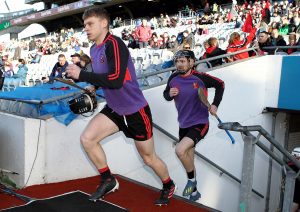 Ballygunner trailed by two points with no time at all remaining in their first appearance in the All-Ireland club hurling final.

When substitute Harry Ruddle gathered possession from a Peter Hogan pass on the opposition 65m line the scheduled three minutes of injury time had already elapsed.

The clock was in the red with 63:02 in flashing lights. Ruddle advanced on goal; side-stepping the would-be challenge of half-back Darragh Corcoran and somewhat optimistically shot for goal from over 30m out.

The ball bounced once on the way to the bottom corner of the net at the Hill 16 end.

And with that referee James Owens blew for full-time and Ballygunner had won it at the death, won it all and finally reached the ‘Promised Land’ in becoming the first Waterford club to win the coveted All-Ireland senior club title.

For much of this game the reigning champions Ballyhale Shamrocks bossed proceedings and looked the more likely winners. However Ballygunner showed nerves of steel and a never-say-die attitude to crucially strike at the death when there was no time for a famed Shamrocks come-back on this occasion.

Shamrocks had hit a late goal against St Ryanagh’s to earn extra-time in the Leinster championship while a TJ Reid free to the back of the net in the semi-final with the last puck of ball against Galway champions St Thomas’s was required to guide the James O’Connor managed side return to this seasons Croke Park decider.

It took a fabulous Dessie Hutchinson goal half-way through the second half to bring the Waterford and Munster champions back into contention. Then when Kilkenny’s Shamrocks once again wrestled back momentum heading to full-time it was long-time talisman Pauric Mahony who nailed the crucial free to bring Ballygunner within a score of winning the game. This pointed free from inside his own half by Mahony ultimately set his side up for the dramatic late drama that followed.

TJ Reid and Mikey Mahony exchanged early points as both teams were quick to lose the big match nerves.

Ballygunner looked comfortable in their surroundings with pin-point accuracy from goalkeeper Stephen O’Keeffe setting the tempo for his teammates. 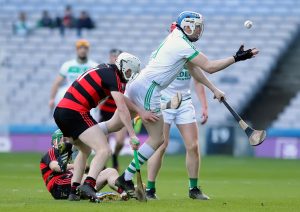 Ballygunner’s rear-guard of Barry Coughlan, Ian Kenny and Tadhg Foley were all doing well to keep tabs on their illustrious opponents.

Three points on the bounce from Dessie Hutchinson, Billy O’Keeffe, Kevin Mahony had Darragh O’Sullivan’s charges leading 0-5 to 0-3 after 16 minutes.

However Shamrocks dominated the second quarter with their half-back line of Evan Shefflin, Richie Read and Darragh Corcoran beginning to get to grips with their markers.

Indeed the Kilkenny men outscored their neighbours 0-7 to 0-2 to the break with Ballyhale deservedly leading 0-10 to 0-7 at the end of the first half.

While Ballygunner hit seven wides in the opening period. crucially Dessie Hutchinson pilfered a point just before the interval to keep the margin to a single score.

On resumption the highly decorated TJ Reid and Colin Fennelly had early points but scores from Billy O’Keeffe and Pauric Mahony (4f) had restored parity by the 40th minute.

Reid, with a free, and a Joseph Cuddihy point from play had Ballyhale back in front. Then after 42 minutes Colin Fennelly ran though on goal and looked certain to score but his batted effort was superbly saved by Stephen O’Keeffe only for the inrushing substitute Eoin Reid to whip the rebound to the net, 1-14 to 0-12.

Ballygunner were now on the ropes. A quick conflab by team management saw Cormac Power and Harry Ruddle being introduced with the game and elusive title in jeopardy.

Pauric Mahony converted a couple of routine frees before Darragh Corcoran landed a fine point from distance to move the margin back to five points. Not for the first time on this incredible journey Dessie Hutchinson stepped forward when the need was greatest. Hutchinson turned a half-chance into a goal chance when swivelling and blasting to the net for a badly needed major score, 1-15 to 1-14 and Ballygunner now trailing by the minimum. Champions are not easily dethroned though. Ballyhale once more soared ahead with Adrian Mullen TJ Reid and Richie Reid all landing what looked like match winning points, 1-18 to 1-14, 55 minutes played.

Dessie Hutchinson and Kevin Mahony pointed in succession and Pauric Mahony pointed a free from inside his own half to again reduce the margin to the a single point on the stroke of full-time. Evan Shefflin then hit his second point of the day in injury time to seemingly secure a third title in a row for the Kilkenny men.

However there was just the right amount of time remaining for Ruddle’s late heroics and crucially also not enough for another Shamrocks come-back.

Joint captains Barry Coughlan and Philip Mahony climbed the steps of the Hogan Stand to collect the Tommy Moore cup for the very first time on a historic day for club and county.