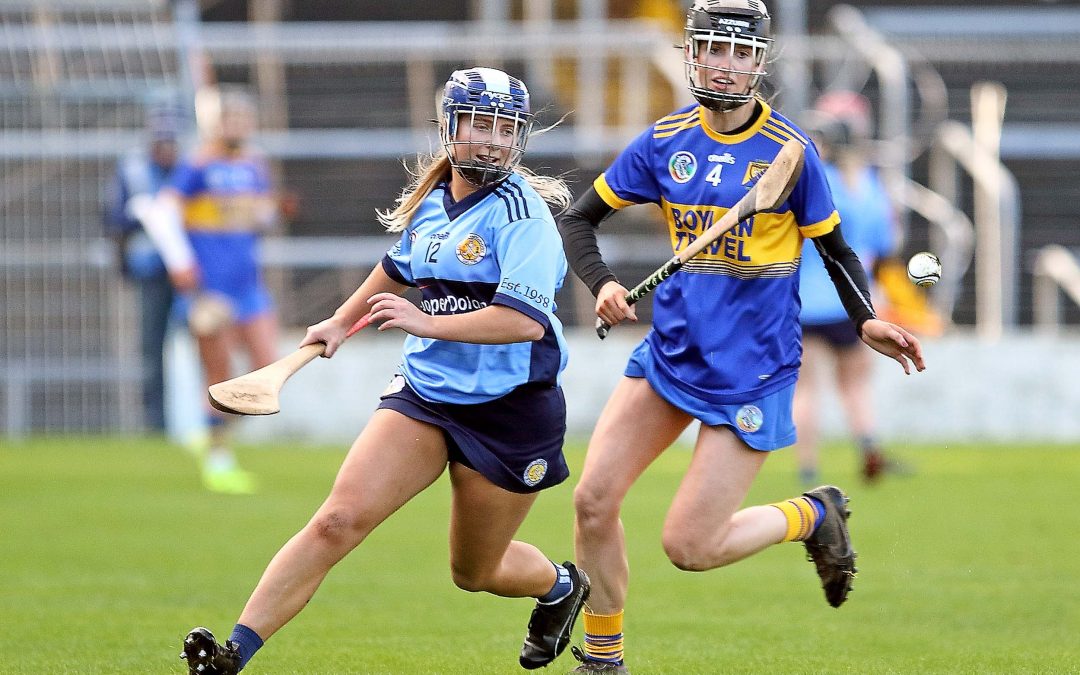 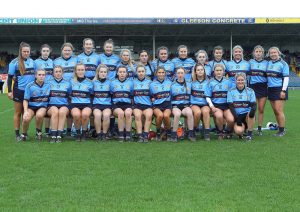 Offaly champions St Rynagh’s avenged their All-Ireland final defeat to Gailltír almost two years ago when they got the better of the Waterford champions at Semple Stadium on Saturday. It was a first All-Ireland title for St. Rynagh’s who had four points to spare at the end of a very tight contest.

Gailltír started the game without the long serving Margo Heffernan for the third game in a row but they did manage to get her on for much of the second half. The loss of such an experienced player however was a major blow.

The Gailltír management team tried to tighten up their full back line against an excellent St. Rynagh’s full forward line by taking Kate Lynch out of the centre of the field and playing her in the full back line, where she has played for at inter county level, but in doing so her drive was missed in the middle of the field.

There can be no disputing that the better of the two sides on the day came out on top. The Offaly side went into the game on the back of winning five Offaly senior titles in a row and also won three Leinster titles in a row. 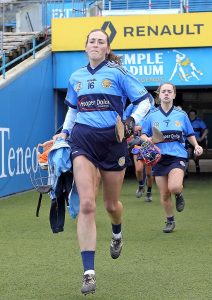 Gailltir captain Margo Heffernan leads her team out for the All-Ireland final in Semple Stadium.

Top scorer Kate Kenny was a constant thorn in the side of the Gailltír defence while at the back the half back line of Róisín Egan, Grainne Dolan and Emma Corcoran stopped many balls reaching a dangerous Gailltír full forward line, while Mairead Daly impressed in the middle of the field linking defence with attack.

Gailltír too had their heroines on the day. Ciara Jackman in goal once more impressed while outfield Clodagh Carroll at centre back was very impressive while in attack Anne Corcoran and Aoife Fitzgerald worked hard despite the fact that the entire Gailltír forward line were watched carefully by the St. Rynagh’s defensive players.

Gailltír had a fantastic start as Annie Fitzgerald, with a strong wind behind her split the posts with just 17 seconds on the clock and 24 seconds later her cousin Aoife Fitzgerald did likewise.

Kate Kenny was very impressive when striking from placed balls, punishing the Gailltír defence for any mistakes made. Credit must go to match referee Gavin Donegan and his team of officials for the way they allowed the game to be played and there could be no disputing any free which he called over the course of the hour.

The St. Rynagh’s corner forward wearing the number 14 shirt put over three frees in a row between the fifth and twelfth minutes to give her side the lead.

Aoife Fitzgerald put over her first free of the afternoon on 14 minutes but it was quickly followed with a point from Aoife McLaughlin for the Offaly side to give them a 0-4 to 0-3 lead at the first half water break.

St Rynagh’s would have been even further in front at this stage but for the heroics of Ciara Jackman in the Gailltír goal. Kate Kenny’s free fell just short of the posts but it did fall to teammate Aoife McLaughlin who went for goal but Ciara Jackman was very alert and she managed to pull off an excellent save to keep the sliotar from passing her.

The Gailltír net-minder was alert throughout out and on three or four occasions she was on hand to mop up dangerous situations that the St. Rynagh’s attack created.

Teenager Aoife Hartley levelled matters on the restart after the water break, shooting over from out the field and this was followed with another pointed free off the stick of Aoife Fitzgerald.

Kate Kenny levelled matters at five points each on 20 minutes when she again put over a free. Aoife Fitzgerald and Kate Kenny found the range, both from open play in the 22nd and 23rd  minutes to level matters at six points apiece. 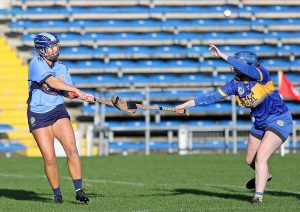 Gailltír did create a chance late on in the half  but Aoife Fitzgerald shot wide from a free, the first wide of the game from either side in the 30th minute of the game.

Gailltir began the second brightly and might have had an early goal when Anne Corcoran cut through the St. Rynagh’s defence 23 seconds in, but she saw the sliotar rise just too high and over the crossbar.

Kate Kenny levelled matters from a free on 33 minutes but from the restart disaster struck for Gailltír. Ciara Jackman’s restart was won by Kate Kenny who picked out Aoife McLaughlin. She saw her attempt for a score fall short and it looked like Ciara Jackman had things under control, but the ball slipped out of her grasp and trickled over the goal line despite her best efforts to keep the ball out. The umpires were in a position to decide that the ball had fully crossed the line for the game’s only goal. 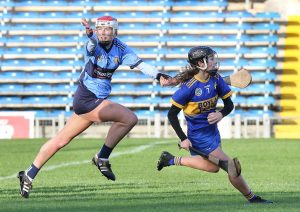 Gailltir’s Annie Fitzgerald felt the full force of this tackle from St.Rynagh’s Katie O’Connell, a foul which she got booked for.

Anne Corcoran got her second score on 42 minutes to make it a two point game. Points from Kate Kenny and Aoife Fitzgerald followed as the teams went into the second half water break with the Offaly side leading 1-8 to 0-9.

Kate Kenny and Aoife Fitzgerald both missed chances from frees early in the final quarter and with eight minutes to play Gailltír created not one but two goal scoring opportunities but Anne Corcoran and Alannah O’Sullivan’s efforts were cleared by the Saint Rynagh’s defence.

Aoife Fitzgerald and Kate Kenny swapped scores in the early stages of added time leaving just a goal between the sides but Mairead Daly, a former WIT student, ensured that it was to be her side that would emerge as victors for the first time in their history in an All-Ireland final with a point in the third minute of added time.