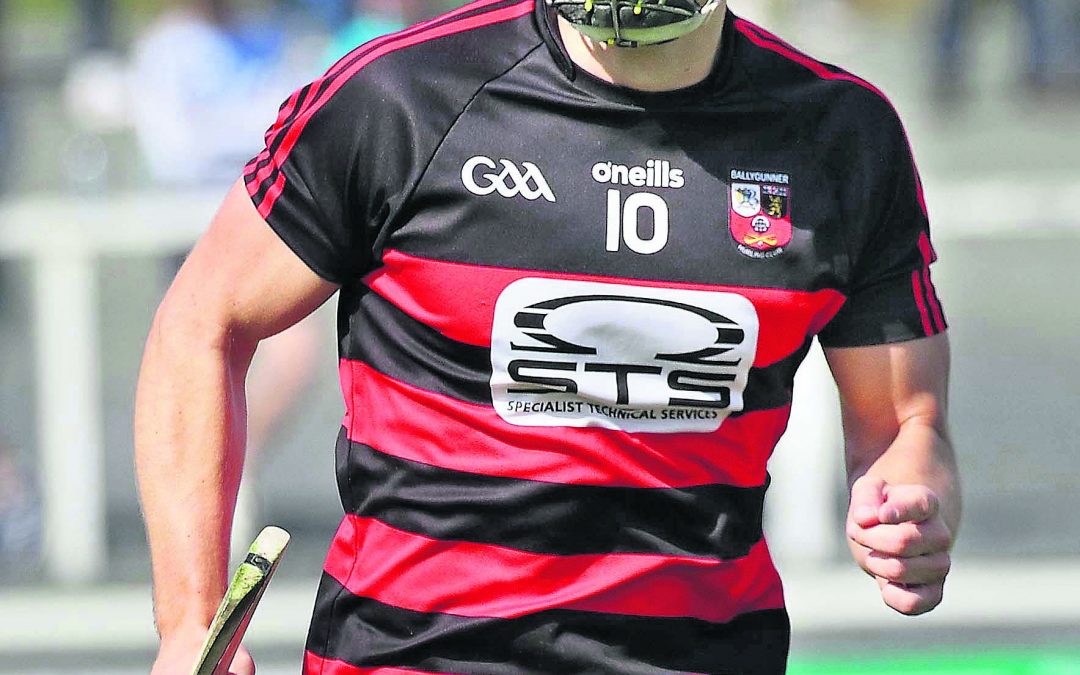 Thomas Keane previews next weekend’s County Senior Hurling Championship Semi-Final
Sunday, Fraher Field, 2.30pm
After completing the ‘Drive for Five’ last autumn, Ballygunner’s senior hurling team will be hoping that they will be still in the ‘Mix for Six’ county finals in a row on Sunday afternoon when they take on Dungarvan in the first of this year’s semi-finals at Fraher Field.
The reigning champions are unbeaten in the hurling championship locally since the county final of 2013 when they lost out to neighbours Passage in a never to be forgotten final at Walsh Park. 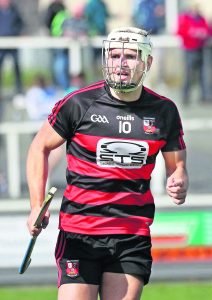 Ballygunner will go into this weekend’s semi-final as favourites and it would be a brave person that would back against them going into the penultimate round of games in a championship that began back in the first weekend of April, a week later than planned after Waterford reached the National League Final.The Gunners are not only favourites to win this weekend’s game, but to complete their ‘Mix for Six’ and many fancy them to go on and retain the Munster Club Crown they won late last year and to go further than the All-Ireland semi-final which they contested earlier this year, losing out to Kilkenny Champions Ballyhale Shamrocks.
But all talk of county, provincial and even All-Ireland titles will have to be parked for now at least as there is the matter of a semi-final against Dungarvan to be played.
Dungarvan are sure to bring a huge local support to Fraher Field for this game.
They have not appeared in a county final at this level since they lost out to De La Salle back in 2012 and you have to go back a near eight full decades to find a date when the side in Blue and White were County Senior Hurling Champions, a long time to go without such a title for one of the county’s oldest clubs. The Old Boro outfit will go into this game not short of confidence, having beaten near neighbours and great rivals from across the harbour Abbeyside in their last competitive outing, which will have then chomping at the bit ahead of this weekend’s game.
Dungarvan have developed some good young players in their club just as Ballygunner have done in their area, and the Old Boro club have also attracted some promising young players from smaller clubs and they have gelled nicely with those that have come up through the underage ranks. The sides have met already in the championship after they were paired together in the group stages of the competition. When they clashed at Walsh Park on June 23rd, Ballygunner emerged victors on a 1-18 to 0-14 score line.
In that game the ‘Gunners’ hit their opponents with a late surge of scores to win the game after they found themselves behind with 43 minutes on the clock after Ryan Donnolly edged his side in front by two points. The city side however called on all of their experience to win out in the end, as Pauric Mahoney finished as top scorer for them with 11 points, eight of which came from placed balls, while Tim O’Sullivan, Peter Hogan, JJ Hutchinson and Barry O’Sullivan chipped in with scores at different points over the hour.
Dungarvan that night had Ryan Donnolly as their top scorer with nine points, seven of which came from placed balls while Cathal and Patrick Curran, Sean Ryan, Kieran Power and Michael Kiely, the hero from the win over Abbeyside recently, all helped out with the raising of white flags. Of course it is not all about the scoring as players at the other end of the field are equally as important and in the likes of goalkeeper Stephen O’Keeffe, full back Barry Coughlan, Shane O’Sullivan, Conor Sheehan, Harley Barnes, Eddie Hayden, Dessie Hutchinson, Ballygunner have a finely tuned engine.
Dungarvan may well have a stronger panel to choose from than they had against Abbeyside recently and that could make a difficult side to beat. The starting fifteen has changed somewhat in the last year or two but still in the likes of Gavin Power, Aaron Donnolly, John Curran, Jamie Nagle, Darragh Lyons, Joe Duggan, Conor Sheridan, Kevin Daly, as well as the sharp shooters already mention they have the players to upset the odds.
Both of these two sides will have worked hard since their respective quarter-final wins and will both go into this game believing that they can win.
The romantics would love to see Dungarvan win, while the realistic know that Ballygunner’s now 30 game unbeaten run in the county has to come to an end sometime.
There can only be one winner however and it hard to see past Ballygunner in this one.
Paths to the Semi Finals.
Ballygunner 2-27 Clonea 0-18
Ballygunner 1-18 Dungarvan 0-14
Ballygunner 2-19 Tallow 1-17
Ballygunner 3-22 Passage 1-12
Dungarvan 0-22 Tallow 3-12
Dungarvan 0-14 Ballygunner 1-18
Dungarvan 2-31 Clonea 1-8
Dungarvan 1-26 Fourmilewater 2-13
Dungarvan 2-17 Abbeyside 3-12