Vital points for Blues in Dalymount 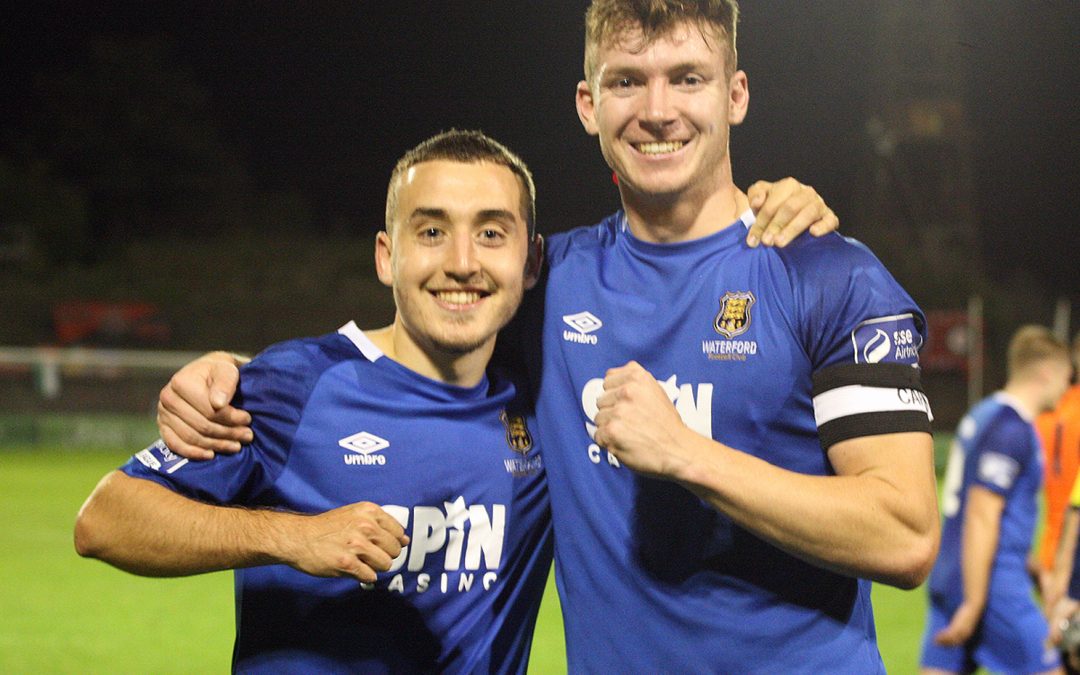 League of Ireland Premier Division
Bohemian FC 1
Waterford FC 2
Jordan Norris Reports
Waterford look almost certain to remain in the Premier Division next campaign following an excellent 2-1 win at Dalymount Park against Bohemians on Friday.The Blues went into the game under a recent resurgence, having toppled Hearts Colts and picked up valuable points away to Cork City in recent weeks. The Dubliners, without star-man Danny Mandroiu, started the brighter, Matt Connor getting down well to stop from Andre Wright before Luke Wade-Slater hit the bar. However, just three minutes later, the Blues hit the front.
A great delivery from Georgie Poynton from the right corner found an unmarked Rory Feely on the penalty spot, the defender powering the ball home despite the best efforts of James Talbot to keep it out. 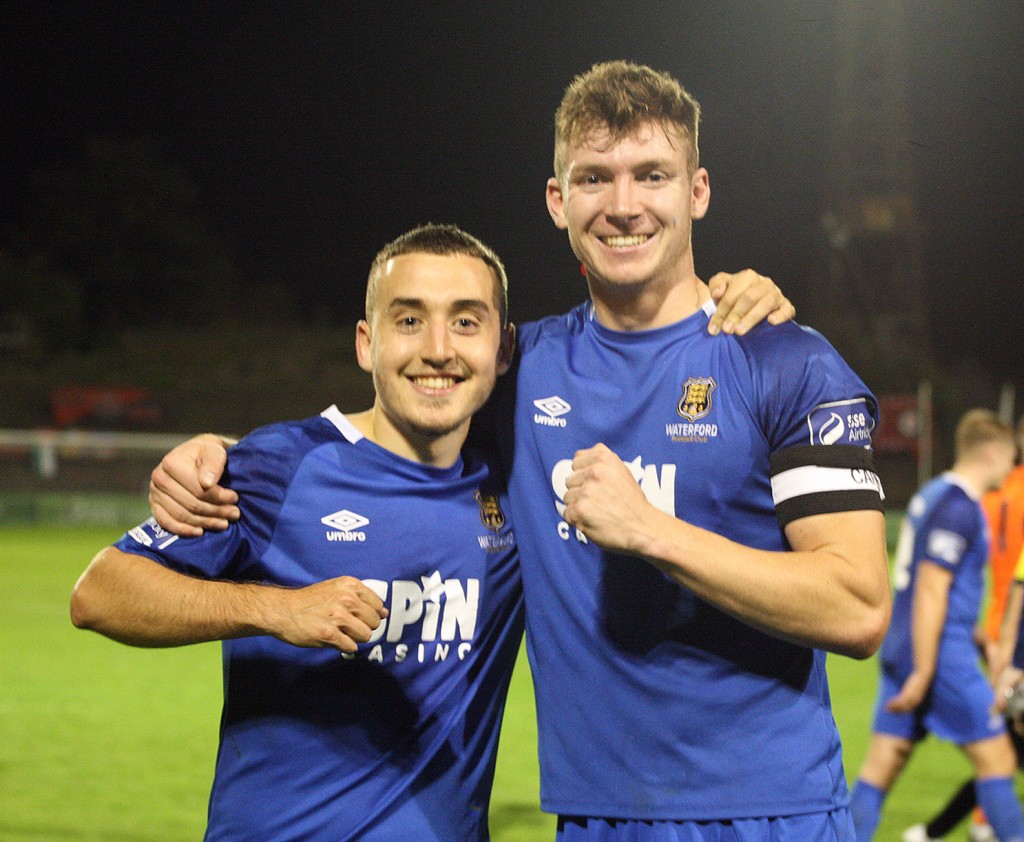 It could well have been two moments later, Will Fitzgerald sliding in Walter Figueira whose effort hit the woodwork.Connor was busy late in the first period, stopping from Scott Allardice and Ryan Graydon, but to the delight of Alan Reynolds and the travelling support, Waterford went in 1-0 up at the break. The hosts applied some serious pressure at the beginning of the second half, and it prevailed on the 57-minute mark. Danny Grant’s effort on goal was turned home by Ross Tierney, few could argue that it wasn’t deserved given the balance of play but credit to Waterford they rallied well, Figueira proving a real handful for the Bohemians defence, while Georgie Poynton and sub Michael O’Connor were also having their influence on proceedings.
Bohs went in search of a winner, but failed to test Connor with any meaningful effort, and from nothing, the Blues snatched the game from under their noses six minutes from time. O’Connor backed into the defender in the far corner and with seemingly little on, his clever backheel rolled into the path of Tom Holland, the defensive midfielder dropping his shoulder and unleashing a stunning shot into the top corner past a hapless Talbot to send the travelling fans into raptures.
As expected, the Dalymount crowd were irked and incensed by this surprise outcome, and only furthermore when a contentious penalty appeal was waived away by the official in stoppage time, Waterford holding out for a huge three points in the battle to stay up.
With Finn Harps defeated, the Blues now find themselves eleven points above the drop zone with just five games to play.
Huge credit must go to the players and Alan Reynolds and his backroom staff for the upturn in fortunes in recent weeks, with many having written the season off a number of weeks ago, the winning formula has returned when it mattered most, and fans can now breathe a sigh of real relief, with a trip to Stenhousemuir on the horizon in the Scottish Challenge Cup, and causes for optimism despite earlier setbacks this campaign.
Next up is the small matter of champions Dundalk at the RSC, but on current form, a surprise may well be stung once more. The Blues look set to be staying up, and this result will be instrumental to such.