First half hat-trick sinks the Blues 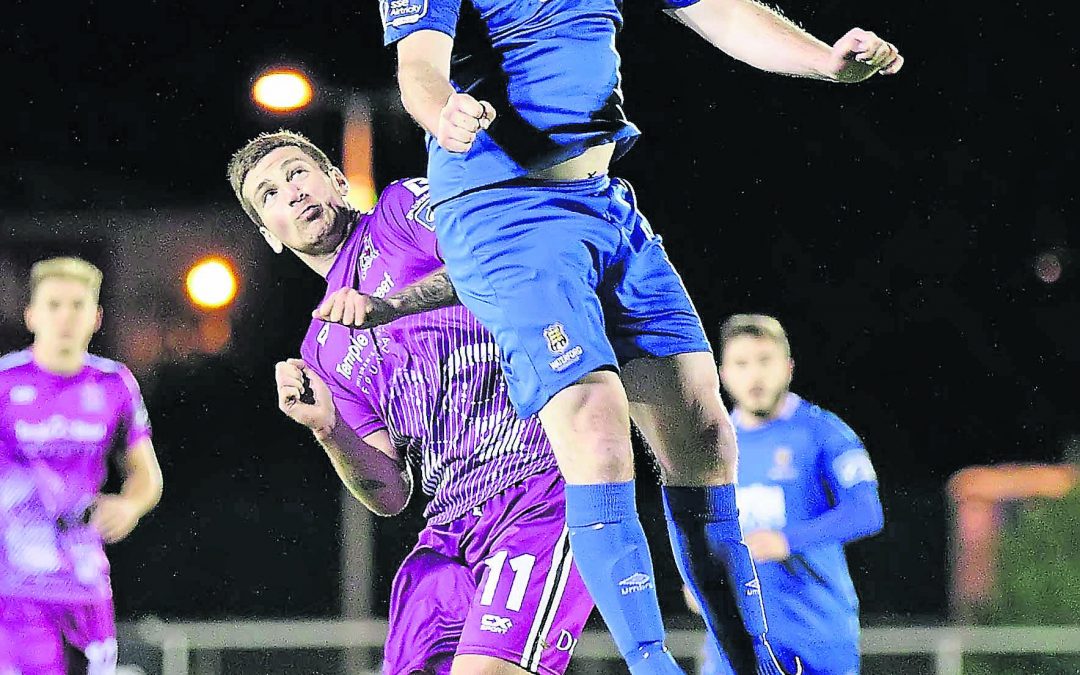 FAI Cup
Waterford FC 1
Dundalk 3
Waterford FC bowed out of the FAI Cup at the RSC on Monday of last week when the holders Dundalk came out on top in what was an exciting game. It all went horribly wrong for the Blues during a disastrous first half when they conceded three soft goals and to make matters worse Shane Duggan had a penalty kick saved. When Maxim Kouogun pulled a goal back early in the second half it could have set up a thrilling game.But then Michael O’Connor missed a great chance to make it 3-2 two minutes later and it appeared to knock the stuffing out of the Waterford players and a place in the last four never really looked on. 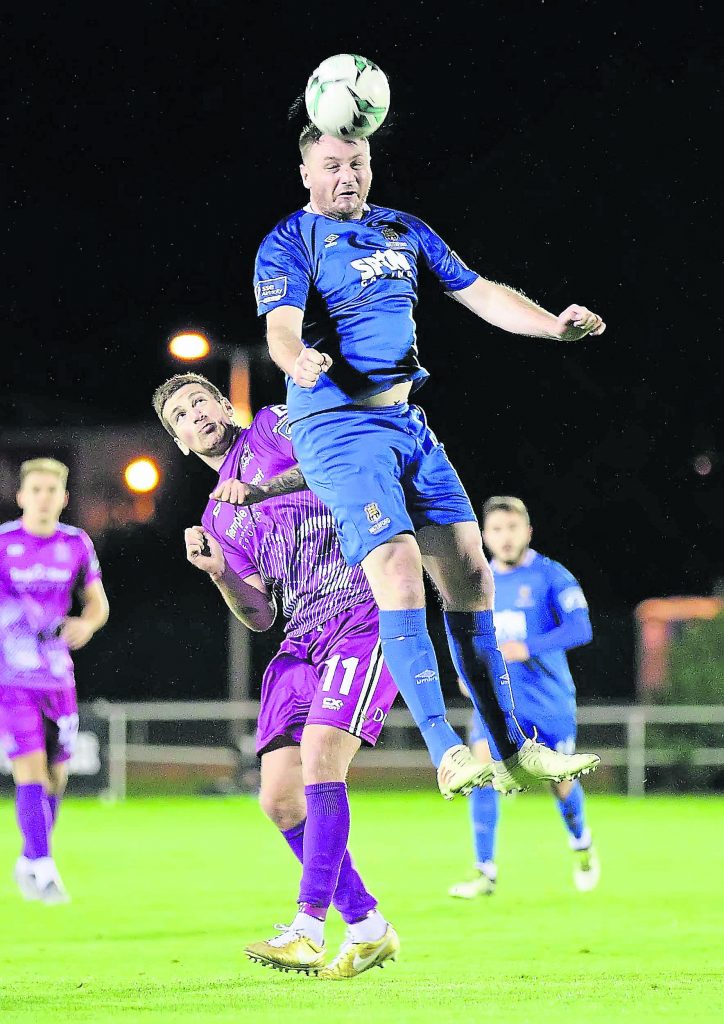 The Blues players did try hard during the remainder of the contest but this current Dundalk team are first class and this was the fourth time they defeated Alan Reynolds men this season and of course they come back to the RSC once again this Friday for a meeting in the league.
Waterford keeper Matt Connor made a fine save on five minutes when he parried away a cracking effort from Pat Hoban. Dundalk however opened the scoring four minutes later when a mistake from Kenny Browne allowed Hoban space and his cross to the front post was hammered to the net by Daniel Kelly.
The same combination combined for a second Dundalk goal on 23 minutes when a superb through ball from Hoban sent Kelly clear and he beat Matt Connor with a good finish at his near post.Kelly completed his -trick in a first half romp ten minutes later when he got free inside the penalty area and powered a header past keeper Matt Connor.
The Blues had a chance to pull a goal back from the penalty spot on 36 minutes when Michael O’Connor was fouled by Brian Gartland, but Shane Duggan saw his effort from 12 yards kept out by Dundalk keeper Aaron McCarey.Kenny Browne could have pulled a goal back for the Blues on 48 minutes but his header was kept out by an excellent McCarey save.
Maxi Kouogun gave the home side a lifeline back into the game on 56 minutes when a Chris Shields clearance hit the central defender and looped back over keeper McCarey.
Michael O’Connor should have narrowed the deficit for the Blues just two minutes later when he outpaced Brian Gartland to get on the end of Georgie Poynton pass, but he blazed wide with only Aaron McCarey to beat.The Blues continued to bring the fight to Dundalk and they created another good chance on 78 minutes when Kouogun’s super ball set up Walter Figueira, who tried his luck from distance, but Aaron McCarey turned the ball around the posts.