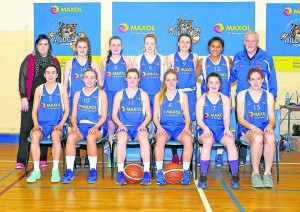 Maxol WIT Wildcats take on Dublin side Killester in the Women’s National Cup semi-final in the Mardyke Arena, Cork next Saturday evening.

Saturday January 9th, Mardyke Arena , Cork. Tip-off 6pm
Maxol WIT Wildcats go in search of cup glory next weekend when they face Dublin side Killester in the semi-final of the women’s national cup which will played in Cork.
Wildcats will be hoping that their excellent run of form before Christmas, which saw them string six consecutive wins together, continues as they bid to reach the cup final on January 31st.
Wildcats winning run was ended just before the Christmas break by Brunell after a tough, exciting game on an evening where Killester lost away to Glanmire.
The Dublin side did record a comfortable away win against Portlaoise Panthers last Saturday night while Wildcats have not played since the defeat to Brunell. The long lay-off is the last thing any team needs going into such a crucial clash.
Major blow
Wildcats chances of victory in the cup semi final were dealt a major blow when news filtered through from the Irish national team training camp that Wildcats captain Sinead Deegan had badly injured her ankle in training on December 27th.
The Wildcats leader has had intense treatment since then and is doing all in her power to be part of this massive occasion.
Coach Mick Evans will be realistic about her chances of playing a significant part (if any) on the big stage but as always in these circumstances other players must step up their game.
If any team has the spirit to do so it is this Wildcats outfit as they have shown in a number of their games this season when the odds were against them, they somehow managed to snatch victory. 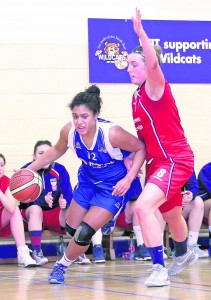 : Wildcats will be hoping for another top class performance from Jazmen Boone in Cork next Saturday

Time and place
The cup semi-final takes place this Saturday, January 9th at the Mardyke Arena, Cork. Wildcats supporters will travel to the game in large numbers by car and bus. Anyone who has yet to make arrangements can contact Jillian Hayes who is looking after the supporters bus (087-7996126). Tip-off time for game is 6pm.