Benji Whelan admits becoming Waterford senior football manager wasn’t part of a grand plan devised several years ago on his behalf.
But now that the opportunity has come his way having succeeded Tom McGlinchey, he’s intent on extracting every available ounce out of himself and a group of players whom Lady Luck hasn’t shone too dazzlingly upon in recent years. Before addressing what the next few months holds in store, Whelan phased back over a quarter century in time, to a moment in his playing career which still clearly rankles. “I would have started out at senior level in football with my club when it came to the adult grade and there’s always been a nagging thing for me, going back to that time,” said the Kilmacthomas native. “We were beaten in a county semi-final down in Portlaw by Rathgormack, I think it might have been ’92, and we were going well in junior hurling at the time so we were fit because of that, and we’d always been tipping away at the senior football without every really pushing through. I don’t think we ever really believed enough in ourselves. And when that chance slipped, it felt to me like we were never going to get close to winning the senior football again.” 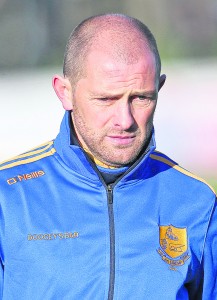 He added: “But then the opportunity to go for it again, albeit off the pitch as manager with The Nire came my way, and I felt I could orchestrate a success like that to some degree, and that was really my goal and being appointed Waterford manager has rolled on from that. And I’m thrilled to get the nod for this kind of position. It’s a team that every football person in the county wants to see improving and I’d hazard a guess to suggest that every football person in the county would feel we’re punching below our weight in terms of the quality of the athletes we produce and the quality of club football that we produce. Everybody wants to see the team improving, everybody wants to see a side develop that our kids can aspire to playing with, because, and with no disrespect to hurling because I’m a hurling man as well, we can see the desire and the passion in the kids for hurling and I would love to see that replicated when it comes to football.”
Any regular observer of the Waterford footballers since promotion was last achieved back in 2010 will need little reminder of the litany of two to three-point defeats which have derailed successive Division Four campaigns. The time to flip such setbacks is long overdue, and this is something Benji Whelan is intent on putting right during his time at the helm.
“I think you get to a tipping point and I’m hoping we’re there now,” he stated. “I’m hoping that the guys we’ll have involved, and the guys that we’ll be bringing in will just come together and say enough is enough and that it’s time to get our act together and get everybody pulling in the right way. But I do think the signs have been there in the last year or two that it can be turned around, and that there has been an improvement. Football being such a physical game now, such an athletic game, the improvements that the lads have made from a physical and athletic standpoint are standing them in good stead and I’m hoping that that will improve going into year three of their cycle with Gerry Fitzpatrick. Being straight, it’s very early in year three at the moment, but you only have to look at the improvements that Dublin have made, but it’s taken time: one of the significant movements that they’ve made has been in the athleticism of their playing staff. This athletic angle we’ll continue to take will give it a push. Also, players have to be at a stage where they are prepared to do anything when it comes to getting the job done and I’m hopeful that the lads are at that stage at the moment.” As things stand, the appointment of his two selectors remain the only outstanding issues for Benji Whelan when it comes to finalising his management/backroom team. “I’ve made contact with everyone I know I need to talk to but I haven’t confirmed everyone as of yet because of curtailed phone calls, a few people being away on holidays and all that but from the sounds of things, it’s just going to be the two selectors’ positions that I’m going to need to fill,” he added. 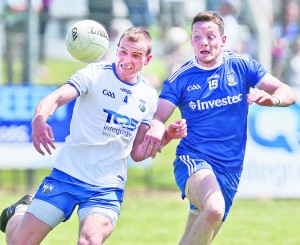 “I’m trying to maintain some continuity. There’s a very good rapport between the backroom team and the playing staff at the moment so I’m trying to maintain that as best I can. Added to that, we’ve brought in a coach, Joe Hagan, who has previously been involved in the Waterford set-up with John Owens (from 2010 to 2012) and Gerry Fitzpatrick is looking after the high performance/strength and conditioning part of things, and I’m going to help out with that as well. I’m in consultation with one man at the moment about coming on board as a selector, and as you’ll appreciate from going to games, you multiply that probably by 10 and that’s the application these guys need to have for little or no reward except serving their county so it can be difficult to get guys to step into the breach in that regard. It’s a big ask but I’m hopeful that this particular gentleman will do it for us. As for the second selector, I haven’t gone about asking anybody yet; I’m just waiting to see if I can get this first man on board and that will give me a better gauge in terms of what I’d want the second selector to look after. This is all about energy for me, now. We need everyone involved to be bringing an energy to the set-up, a passion for it, a real sense of enthusiasm and a need to teach and a need to instruct the lads. They need guidance and this is what we as management need to provide for them. I’m taking my time and just want to make sure that I make the right appointments.”
The on-field ambition for 2019 couldn’t be clearer for Benji Whelan. “That first League match on January 26th (at home to Wicklow) is an All-Ireland Final for us. That’s the way I’m thinking about it at the moment. Every game is going to be taken on its merits. We already have some footage from last year’s games; five of those will be directly applicable to this year, but we will be looking at this as the be all and end all. There won’t be any focus on any other game beyond our first match between now and then, and we know how important it will be to get off to a positive start. We want to hit the ground running, and my hope would be to play an open brand of football that will be fast and fluent, but it’s going to take a massive amount of coaching to bring lads up to the desired level.”
See next week’s edition for the second part of our interview with Benji Whelan