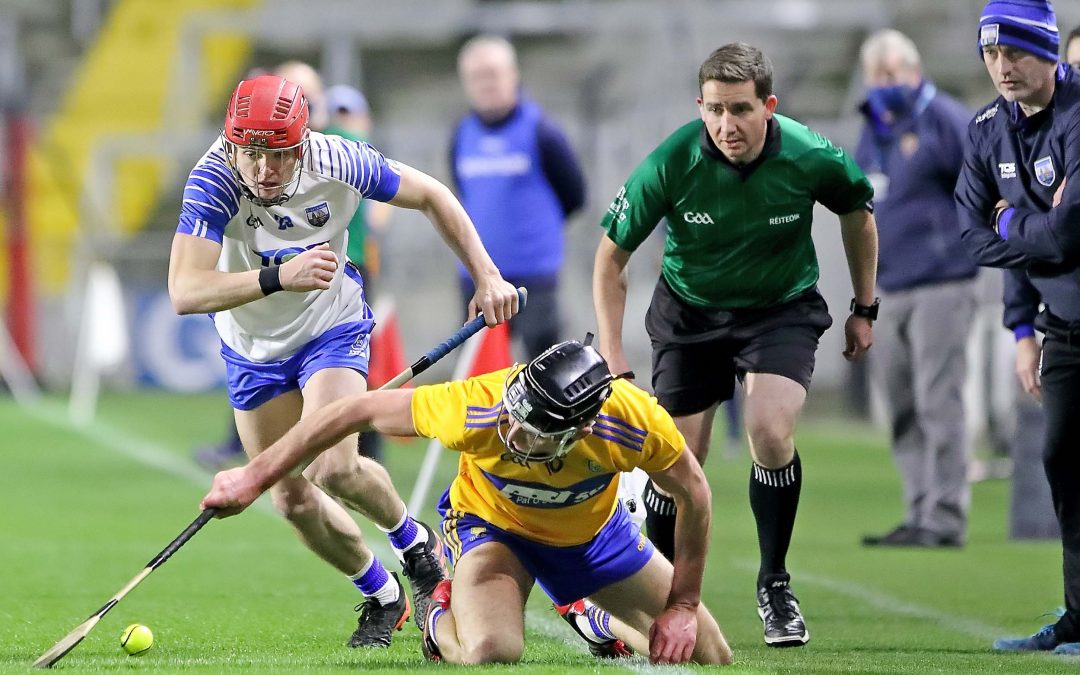 Waterford face Clare in the Munster Championship curtain-raiser at Semple Stadium, and despite some notable injury concerns – one would imagine the Deise should have enough to see off Brian Lohan’s side and progress to a semi-final showdown with Tipperary.

Having beaten both Tipperary and Limerick in the league at Walsh Park, the pre-season of sorts displayed positive signs for Liam Cahill’s men, and a first Munster Championship title since 2010 is certainly within the realms of possibility.

The game between this pair last year proved a real thriller, with Waterford starting like a house on fire before the Banner fought back valiantly. Still, the Deise’s superior depth proved pivotal on the occasion as a strong finish left their Munster rivals for dust.

Who will start is the main question for the Deise – Austin Gleeson, Shane Fives, captain Conor Prunty and in-form forward Patrick Curran are all doubts ahead of the meeting at Thurles.

Former Clare man Jamesie O’Connor said this week that he expects last year’s beaten All-Ireland finalists to be right in the mix once again in the quest for Liam McCarthy, but defensive concerns certainly remain in the continued absence of Tadhg De Burca.

Dessie Hutchinson was outstanding when the sides last met and is coming into the clash in top form.

Having shipped five goals against Cork, four against Galway and three against Tipperary, the Deise defence will need to display less permeability as the championship commences, as there is little worry at the opposite end of the field.

Stephen Bennett has been firing on all cylinders from play and dead balls, while the return of his brother Shane is an invaluable asset, the Ballysaggart duo show an insatiable desire and tenacity in every battle for the sliotar. It was versus Clare that Dessie Hutchinson truly burst into the inter-county spotlight last November, and on current form, the Banner backline will certainly have their hands full with the Ballygunner ace’s electric speed and eye for goal.

Should Austin Gleeson remain absent, it is possible that Darragh Lyons will partner Jamie Barron in an exciting midfield partnership. Lyons was outstanding in victory against Tipperary, and would be deserving of a place in the starting fifteen.

Darragh Lyons has earned a place in the starting fifteen after a brilliant display against Tipperary. Photo: Noel Browne

Calum Lyons had a brilliant league campaign from wing-back and he will play a vital role in proceedings, while it will also be interesting to see who gets the nod between Shaun O’Brien and Billy Nolan when it comes to minding the net. One would imagine Nolan will get the call.

Clare are coming into this game with confidence and that is something that must be feared. Despite a questionable defeat to Antrim, the Banner have moved on since with a good win over Dublin and had the perfect preparation the Deise D-Day with a 4-20 to 1-25 win over Kilkenny in the league finale.

The Banner showed a real eye for goal and hunger and that could prove detrimental to the Deise who have been leaky at times. Tony Kelly will of course be the main threat, and it would be no surprise to see Fourmilewater’s Conor Gleeson entrusted with following him from the pitch back to Ballyea on Sunday.

Aaron Shanagher filled his boots on account of his aerial presence in and around the square back in November, and should Conor Prunty prove fit, their battle will go a long way. David Reidy is in a good spell of form, while Aidan McCarthy also brings his own threat.

Clare will bring a challenge to the table, they have little to lose with the expectation being Waterford to move on with a convincing performance. I would expect the Deise to have enough to see off the Banner, but by no means will it be a walk in a park, their progress will be earned.

The game will begin RTE’s championship coverage this year, and let’s hope it provides some indication of what we have in store. Waterford will need to have one hell of a season to match last year, but as Lohan has mentioned – they seem to have improved since, but has everyone else too? We look forward to finding out in due course.