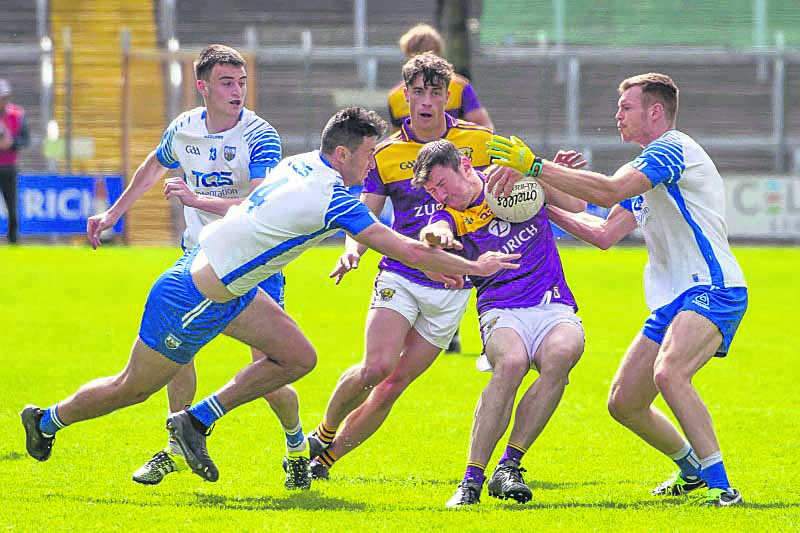 It was another worthwhile trip to Wexford Park for Waterford as they made it three wins on the spin at the home of their near neighbours to seal a maiden victory under the management of Shane Ronayne.

After what was an admittedly disappointing showing at home to Carlow a week prior, a much improved Déise were value for their victory – a first in 455 days, as goals from Darragh Corcoran and Brian Looby proved vital for the visitors.

It was Wexford who started the brighter of the pairing, hitting three unanswered points courtesy of Robbie Brooks and Mark Rossiter (2). Captain Conor Murray, who was at his brilliant best, grabbed the Déise’s first score after some relentless work from Nire man Dermot Ryan.

Wexford notched another score, but Corcoran soon pointed his first, before Jason Curry was on the money from the 45m mark to make it 4-3 at the end of the first quarter. 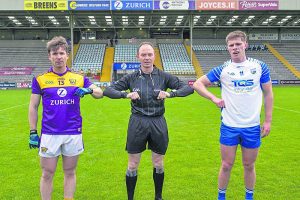 Tommy Prendergast was displaying some instances of immense fielding in midfield and his team were profiting from such – points from Murray and Stephen Curry made it 5-5 on 23 minutes, and three in a row from the boot of the Rathgormack star Murray soon had Waterford with a two-point cushion.

Wexford soon fought back to make it eight points apiece, and they kicked on via Michael Furlong, Mark Rossiter, Tom Byrne and Robbie Brooks to lead by 0-10 to 0-8 at the sound of the half-time whistle.

Some drama at the beginning of the second period proved important in the grand scheme for the Déise, yielding a vital goal. After a great point from Tom Byrne had increased home advantage to three, a swift break up the field saw Waterford awarded a penalty with the Wexford goalkeeper Darragh Brooks shown the route to the sin bin.

Substitute Conor Swaine stood in nets and made a fine stop down to his right to deny the initial effort of Darragh Corcoran, but the St. Saviours man slipped the rebound into the bottom right corner unchallenged to level the scores once more. 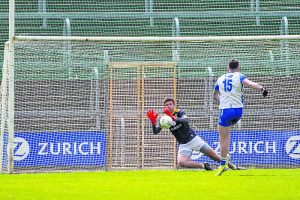 Wexford’s substitute keeper was equal to Darragh Corcoran’s penalty but the Waterford forward slotted in the rebound.

Wexford showed great heart to move ahead by 0-14 to 1-9 after that setback and looked to be in control when back to their full fifteen man contingent. Again, it was a fast counter- attack up field that yielded the crucial score, with an unlikely finisher to boot.

With one point between the teams, debutant John Elsted made a brilliant goal saving block to deny the Yellowbellies, and from a sweeping move upfield – the marauding Brian Looby was on hand to lash the ball home. 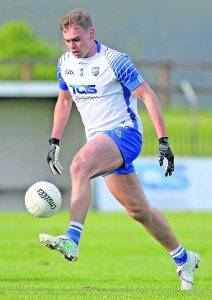 Conor Murray then tacked on another great effort to make it 2-11 to 0-15 with nine minutes left on the clock, and further drama soon ensued.

Michael Curry was dismissed for a second yellow card in the 67th minute, and there was also a black card for Elsted late on as the Déise were asked to hold out with 13. Michael Furlong also received his marching orders when John Hickey brandished a red in his direction following a late off the ball incident.

Tom Byrne threatened the lead, but it was too little too late – as Waterford did the required to hold out for a most welcome victory. Murray was the star of the show with four points, and he even slotted in at centre back when the kitchen sink was thrown in the Déise’s face, while every man played their role on a memorable day for Déise football.