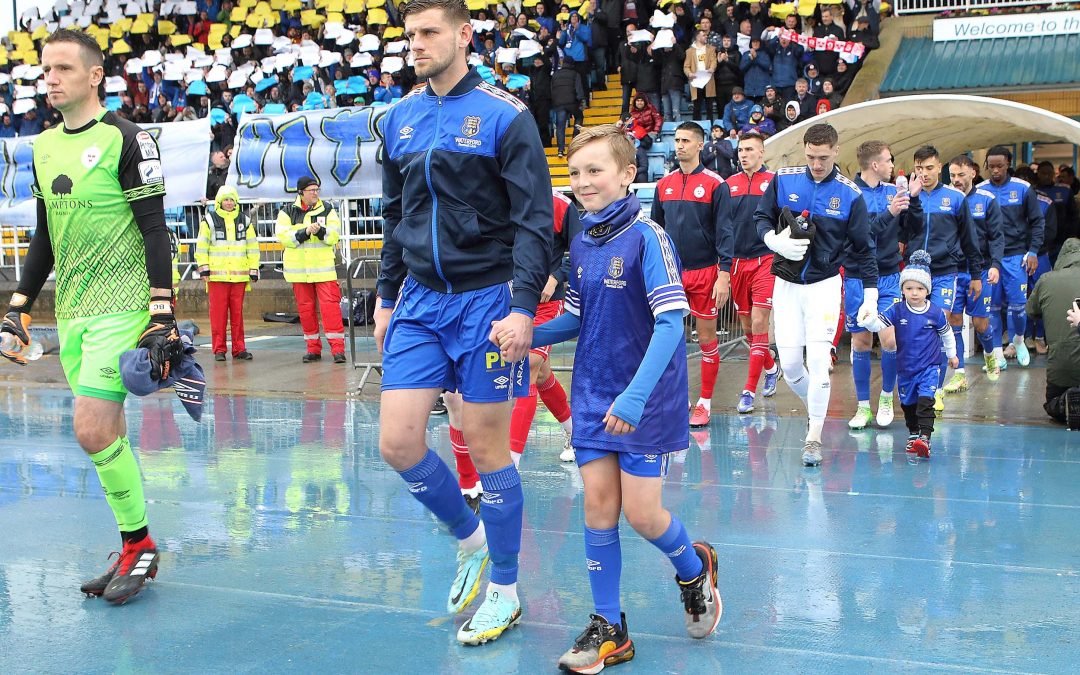 Waterford manager Danny Searle, although disappointed to lose the cup semi-final to Shelbourne, insisted
his team would bounce back and be ready for the play-offs.
“It’s hard to take because obviously we backed ourselves to win the game, and we set up wanting to win
the game, but you just have to give Shelbourne a lot of credit to be fair. The set-up was key. There’s not
many teams this year that have stopped us creating many chances, but they did. We never looked like
scoring a goal, and I think that’s what dictated the game.
“Look we tried to change things around a little bit, we tried to change the shape a little bit, but to be fair
to them, they were very well organised, and we just lacked that little bit of quality in the final third that
was going to give us the chance to equalise, and maybe the chance of getting through.
“Our message before we went out was that we needed to be brave. We’ve been brave in every game that
we’ve played, but there was times today that we were just too safe. You probably saw me gesturing from
the sidelines to play forwards, and to go attack them.
“There was an element of nobody wanting to be that one that would cost us so they didn’t want to take the
risk or responsibility, but they nullified our attacking threat in the game. Sometimes you have to hold your
hands up and go that they were better at what they wanted to do then we were at what we wanted to do.
“The biggest disappointment for me is that we knew we wouldn’t have much time on the ball. We worked
on that all week because we knew we weren’t going to get time on the ball. We needed to move the ball
quicker and find the pockets of space between their lines. We needed to break their lines but we didn’t
real exploit or expose that”.
“That said, I’m very proud of the boys. We’ve played three out of the four top teams in the division, and
we’ve given a really good account of ourselves.
“Today we weren’t at our best, and we just have to take that on the chin. Like the old cliché in football,
we’ve got bigger things to think about now, but look I’m proud of the players, the fans, and everyone
today because they were outstanding.
“We’re now in a position that this is where we could be every week, and that’s the bigger picture. As
much as it’s hurting, and there’s tears in the dressing room. It’s an emotional dressing room because we’re
bitterly disappointed, but we’re in a fortunate position where we can brush ourselves down and look to the
playoffs.
“We’ve got more cup finals to come. That’s where we are at the moment. We need to beat Athlone to
secure second spot, but they are just behind us in the form table. It’s all if, buts and maybes, but since
I’ve come into the club, and this isn’t all about me, we’re top of the form table. We have to win that, it’s
cup final after cup final after that in a bid to get into the Premier Division, which is something to be proud
of.
Commenting on losing Roland Idowu so early and Wassim Aouachria to suspension, Searle added: “That
period of Shelbourne dominance came when Roland was injured. My disappointment was that we didn’t
recognise it and that he was injured. That’s what opened the pitch up, and that’s what leads to the goal.
“Big games like that are defined by key moments, and that was a key moment that we failed to deal with.
Obviously missing Wassim today was another key moment because you always want a full squad to
choose from. The manner of which we lost him to suspension is the most disappointing because he didn’t
need to get booked in the last round. We could have been massively helped with him in the squad.
“If you looked at our attacking options on the bench, we didn’t have an abundance of them especially
ones with experience that have played in big games. Would we have been stronger with him in the
squad? That’s without any doubt.
“I’ve seen the penalty claim back at the end and I’m not doing an Arsene Wenger moment. It wasn’t a
penalty, but we weren’t happy with the time keeping from the referee because he sounded the final
whistle early, which isn’t a good effort.
“I have to say that our fans were exceptional here today, and I’ve said before that we want that every
week. For us to ensure that type of atmosphere we need it every week. We need to be competing in the
cup and league at the highest level every season. We’re hurting now, but we’ll come back and bounce
back.” 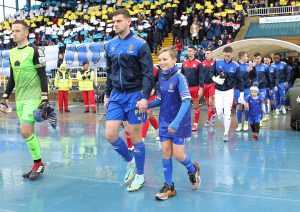 Waterford FC captain Killian Cantwell leads his team out at the RSC with mascot Joe Burke. 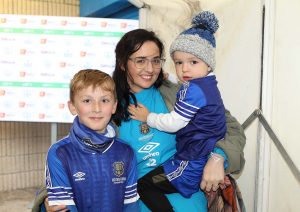 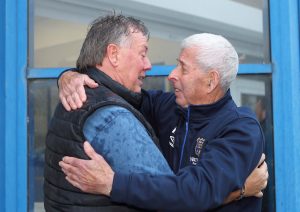 Former Blues hero Sid Wallace was over for the cup game on Sunday last and it was an emotional
meet up he had with Waterford FC kit man Michael Walsh, a really lovely moment.