Ladies National Football League Division Three Final
(Waterford v Tipperary)
Thomas Keane reports
Waterford and Tipperary meet in the Division Three National Ladies Football Final on Saturday afternoon at a venue yet to be confirmed at the time of writing.
Waterford are appearing in their third league final in a row having lost to Armagh and Sligo in the last two finals at Parnell Park in while the Premier is appearing in their first major final since they were beaten by Cavan in the 2013 All-Ireland Intermediate Final at Croke Park. 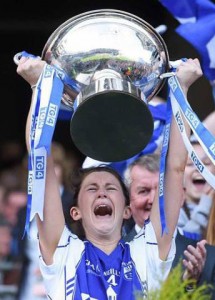 The Déise will go into this weekend’s game with a one hundred per cent record having beaten Tipperary, Offaly, Fermanagh, Leitrim, Wexford, Down and Roscommon in the league section of the competition, before seeing off Leitrim in the semi-final at Portarlington.
Under the guidance of Donegal man Gerry McGill Tipperary have shown a remarkable turn around on what was seen from the side in recent years.
His team’s only defeat in seven NFL games was back in the first game against Waterford, which was played at Piltown.
In their eight games to date Waterford have hit 23 goals and kept four clean sheets at the back. Tipperary in their eight games has raised 30 green flags, while also keeping four clean sheets. So one suspects we’ll have a goal or two this Saturday.
When the sides met on January 31st, Waterford emerged as deserved 0-18 to 2-11 winners, digging in well to secure the victory.
Waterford in that game started as they did in much of their games since Pat O’Sullivan took
Both sides are likely to look a lot different for this weekends game to the side that lined out in Piltown.
Waterford ought to have a stronger look to their team going on their semi-final win over Leitrim than that which faced Tipperary in January.
Katie Hannon is certain to start between the posts. Sisters Linda and Mairead Wall could well start in the corner back positions. Michelle McGrath is back in the fold after missing the start of the league and could well start at full-back with Caoimhe McGrath another option.
Emma Murray looks set to start at the right-half back position with Louise Ryan and Megan Dunford options at centre back and midfield.
A number of options are available to Pat Sullivan for the number seven shirt including the likes of Rebecca Casey, Liz Devine, Aisling Mullaney and Grainne Kenneally.
Katie Murray could well start in midfield with either Megan Dunford or Louise Ryan while in attack Maria Delahunty could well start at centre-forward and Sinead Ryan at full-forward. Emma Murray and Aileen Wall look set to start in the forward line as well and can play on the wings or in the corners and Michelle Ryan could also be a possibility on the wings or in the corners as well.
The final place on the team could well be interesting with the aforementioned Gráinne Kenneally, Liz Devine and Ciara Hurley all competing for that slot.
This game is Waterford’s best chance of winning silverware with this group of players this year and with many of the panel involved in the defeats to Armagh and Sligo over the past two years, this really does feel like third time lucky.
But Tipperary will not be easily beaten. They are a much stronger side this year than they were in 2014 and 2015. But Waterford will justly go into Saturday’s Final as favourites.