McGrath Cup 2016
Thomas Keane reports
Limerick 0-7
Waterford 2-7
Waterford will go into their National Football League campaign in fine fettle having recovered from the heavy reversal to Cork on Wednesday last to see off Limerick in Rathkeale’s Mick Neville Park on Sunday afternoon last.
Goals in either half from Donie Breathnach, on his competitive senior inter-county debut with and Paul Whyte proved to be the decisive scores at the wet and windy Rathkeale venue.
For the opening half-hour, it looked as if Limerick, who had run Cork to a point in the first round, would maintain that form line as they held together at the back and showed more purpose with the possession that came their way.
But the wheels came off from the host’s perspective minutes before the break when the defence opened up like the Red Sea for Breathnach to bang home an equalising goal which ensured the sides went in level (1-1 to 0-4).
While Waterford rallied well, Limerick never regained their poise and, once they had soaked up whatever was thrown at them, McGlinchey’s men were strolling to a largely untroubled victory long before David Grogan sounded his final whistle.
Limerick had chances to take an early lead at the start of the second half which they failed to take and they were punished when Waterford took the lead through a converted free from the outstanding Paul Whyte.
The Kilrossanty man shortly afterwards further extended Waterford’s lead when he was spotted unmarked by Gavin Crotty who laid off the ball, and the Kilrossanty Club man blasted high into the top corner of the Limerick net.
Building on the momentum, Breathnach then struck from distance and Whyte sent over a free to stretch the gap to six before Limerick regained some shape.
Captain Iain Corbett broke the Deisemen’s scoring sequence and when James Naughton and Stephen Kelly added frees, just a single goal separated the sides. 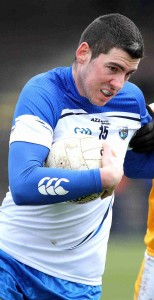 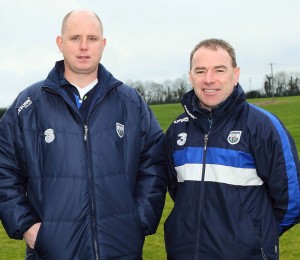