Waterford GAA Awards Banquet 2016
Double Hurler of the Year Austin Gleeson (Mount Sion) and Munster Club Football Finalist Thomas O’Gorman (The Nire) took home the Waterford Senior Player of the Year Awards following last Saturday night’s prizegiving at Lawlor’s Hotel.
In a packed function room, with over 200 in attendance, Senior Football Championship medallist Dylan Guiry (The Nire) and Munster Intermediate Hurling winner Jack Prendergast (Lismore) were named as Underage Players of the Year, at an event sponsored by The Local Bar (Grattan Square, Dungarvan).
Meanwhile, just hours prior to their narrow Munster Junior Hurling Final defeat to Mayfield, Ballyduff Lower, who came within a whisker of a Junior Hurling and Football double, saw off The Nire and Lismore to win the Club of the Year Award.
The major prize winners on the night were announced by Mount Sion and Waterford great Pat McGrath (father of Ken, Eoin and Roy), whose senior club career began aged 16, the same number of years he wore the white and blue of the Deise in League and Championship action.

Adult Footballer of the Year Thomas O'Gorman (The Nire) receives his prizes from Paddy Joe Ryan and Glanbia's Brendan Hayes.

Accepting the Glanbia-sponsored Player of the Year Award, Austin Gleeson told MC Michael O’Drislean (WLRfm and TG4) said while it had “been a good year, there’s one thing we all want (the MacCarthy Cup) and that’s the main aim for next year…and hopefully next year we’ll go one step further”.
Back in training already, and with one pre-season challenge match already under the belt with Waterford, Gleeson added: “Brick (Walsh) only said to me during the week that I’m the 12th or 13th oldest on the team, that just shows we’re a young team and we’ve a couple of years to grow, and once we do that, and have a bit more experience behind us, who knows where that will take us.”
Double Man of the Match against Kilkenny in an epic All-Ireland Senior Semi-Final, and the driving force behind Waterford’s All-Ireland Under-21 title win, ‘Aussie’ feels the mindset of the group and hurling public shifted over the past two seasons. 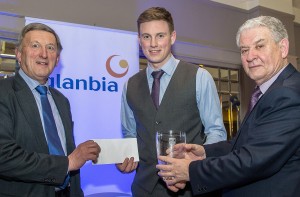 “In 2015, when we were defeated by Kilkenny (in the All-Ireland semi-final), you could almost sense after the game that it was almost as if we were happy with just getting to a semi-final. Last year, losing the replay to Kilkenny in Thurles really did hurt, to be fair. Ask any member of the team who was in that dressing room after the game; it was one of the worst dressing rooms ever. We’re just hoping to use that hurt from last year and drive on now. We believe in the lads behind us and whatever they want us to do, we’ll do it, so hopefully we can get over the line, into a final and see what happens then.”
Admitting that training with the seniors is akin to a six-day-a-week job, Austin Gleeson (“a lot of lads are going from college to training to home, college to training to home and that’s the average week”) added “the four of us that were nominated tonight (referencing Jamie Barron, Noel Connors and Pauric Mahony), we wouldn’t be here unless we wanted to do it”. 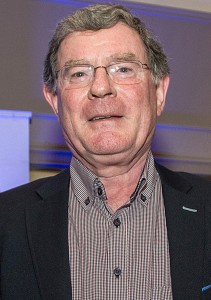 Fergus Dunne of Ballyduff Lower, which was named as Club of the Year.

He continued: “A lot of people are saying that maybe it’s time to give the players a rest to do other things, but it’s our commitment, it’s us who are doing it, it’s not the management making us doing it, it’s us. We want to strive and get over the line for Waterford – that’s the main aim.”
As for whom he’d like to face come the Munster Championship, the three-time Hurler of the Year didn’t mince his words.
“Tipp or Cork are going to have a game ahead of us so whatever happens between them, we’re going to be ready for whoever comes through that game. I think we owe Tipp one from the Munster Final this year so personally I hope Tipp get over the line so that we can have a go at them and prove that last year was a small bit of a fluke in ways. But look, we just didn’t turn up in that game and if we get another chance at Tipperary, we’d just like to show that the Munster Final was just one of those days.”
Unfortunately fresh from one of those unfortunate Munster Final experiences himself six days previously, the magnificently bearded Thomas O’Gorman didn’t shy away from commenting on The Nire’s heavy defeat to Dr Crokes. But he also felt the club could take considerable solace from regaining the Conway Cup when defeating Ballinacourty at Fraher Field.
“I don’t think, though, there was that much between the teams…I’m sure a lot of people were probably watching The Nire (on TG4) last weekend – when you’re playing at a higher level, a small difference can equate to a lot of scores very quickly – and that went for us in the County Final and that was our day.” 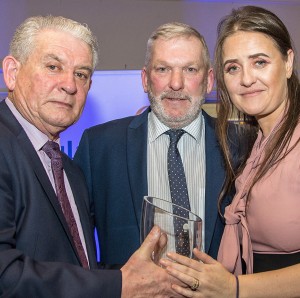 Reflecting on the semi-final win over Carbery Rangers in Clonakility, O’Gorman stated: “In terms of intensity and skill, I thought it was a high quality game. We played well, they played very well. Had they played the ball in a bit more – they were very limited in terms of their hand passing game – that actually suited us and we closed them down a lot. When we had the ball, we exploited them a lot and we had Conor Gleeson – Conor was awesome for us this year and I think if Conor hadn’t been sent off (against Saint Saviour’s), I think he’d be up here collecting this award. But we had a super year…we were delighted to get where we did but we’re just disappointed with how it ended.”
Given the emergence of young talent such as Dylan Guiry and Dermot Ryan, Thomas O’Gorman feels The Nire will remain at the top table of senior football in the county for the immediate future. 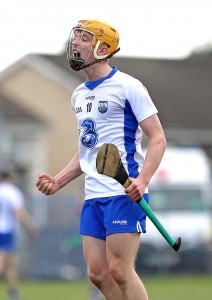 “I hope so alright. In 2006 and 2008, we won County Finals, when the team was changing at the time when we lost a lot of our more senior players, and we were left with the core of the team we have now. And now we have the younger players feeding into the panel and we’ve a good mix – myself and (fellow nominee) Liam Lawlor are the more senior players now, which is kind of hard for us to believe. But hopefully we’ll hold on for another few years alongside the likes of Conor (Gleeson) and Jamie (Barron) and if the two lads ended up as top scorers in the Senior Football and Hurling Championships next year, I wouldn’t be one bit surprised. That’s where both those guys are at – they’re special talents.”
In his closing and all-inclusive remarks, Waterford County Board Chairman Paddy Joe Ryan congratulated all the winners and nominees, the Award Committee, thanked all who continue to sponsor and support Waterford GAA and saluted all who keep the oil running in the county’s 47 GAA Clubs.
“When this County Board was €600,000 in debt five or six years ago, these are the clubs that took it out of it, these are the clubs who put their shoulder to the wheel; these are the clubs that this County Board will be forever indebted to…the clubs are doing more for the youth of Ireland than anyone else and we can’t ever forget that.”
* In a nod to the well-discussed absence of certain players from the Waterford Senior Football panel, Paddy Joe Ryan pleaded: “Sometimes, footballers are not inclined to throw in their lot like hurlers. We thank the clubs for making their players available to the various Waterford football teams. We need every good footballer we have in the county playing with Waterford and I would appeal to all the clubs to give us that support.”
Adult Hurler of the Year: Austin Gleeson.
Nominees: Jamie Barron, Noel Connors and Pauric Mahony 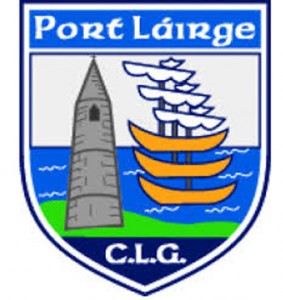