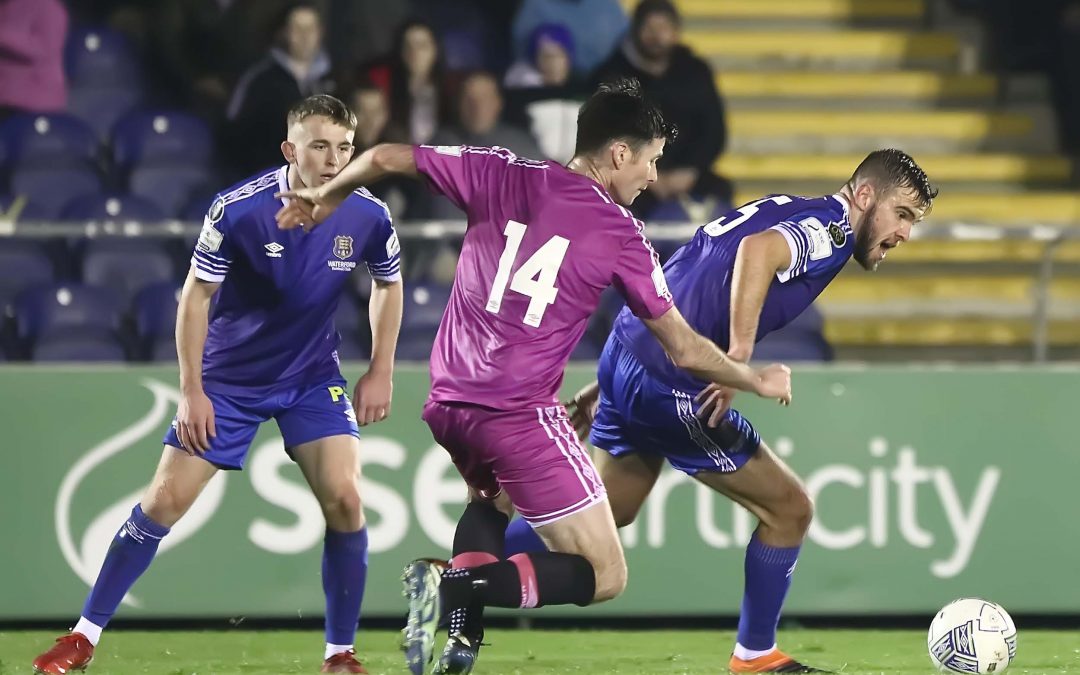 This was a game that will not live in the memory.

It was the second week in a row that the team turned in a poor performance after the change of ends, something that will need addressing during the upcoming games. 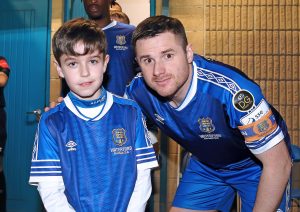 During the opening 45 minutes the Waterford players produced some really excellent passages of play and they went in at the interval leading 2-1.

They proved what they are capable off during that period but once again they failed to sparkle after the break but nevertheless they dug in and just about held out for the three points on offer.   Manager Ian Morris made three changes to the side that drew with Galway United with George Forrest, Jeremie Milambo, and Roland Idowu coming in for the injured Kevin Joshua, the suspended Richard Taylor, and Yassine En-Neyah.

Waterford got off to the perfect start when they were awarded a penalty by eagled-eyed referee Declan Toland on seven minutes when he judged Dinny Corcoran to have handled a Junior Quitirna right-wing corner kick, and Quitirna dispatched his spot kick past Paul Hunt for his fourth league goal of the season.

Blues midfielder Shane Griffin went close to doubling the lead three minutes later when he let fly with a cracking right-footed effort from 25 yards, but his shot clipped the top of Hunt’s crossbar before going over.

The visitors created their first chance on 21 minutes when Aaron Dobbs met a cross from Dinny Corcoran, but keeper Brian Murphy was quick off his line to make a fine save. 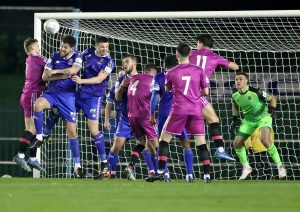 Wexford drew level on 29 minutes. Waterford defender Eddie Nolan clipped the attacking Conor Davis a couple of yards outside the penalty area and Conor Crowley dispatched the free kick to the bottom right-corner of the net.

The Blues regained the lead sixty seconds later when Jeremie Milambo’s mishit effort landed at the feet of Phoenix Patterson and he beat Hunt with a left-footed finish.

Waterford carved out their first chance of the second half on 65 minutes but Anthony Wordsworth’s strike was wide of the target.

Blues keeper Brian Murphy denied Wexford an equalising goal on 75 minutes when he made an excellent save from an Aaron Dobbs effort.

Blues striker Louis Britton nearly brought the fans to their feet with a brilliant third goal on 78 minutes when he skipped past four tackles, but his shot lacked power as Paul Hunt saved with ease.

Wexford should have drawn level two minutes later when Aaron Dobbs hung up a brilliant cross for Thomas Considine, who looked certain to score, but he somehow struck the underside of the crossbar with a header from a yard out. 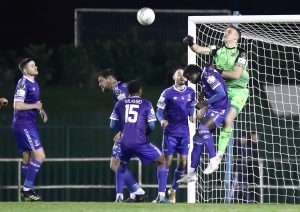 The visitors missed another big chance to bag a share of the spoils on 85 minutes when the impressive Dobbs sprayed a fine ball out for Dinny Corcoran, but his effort whistled just wide as the Blues held out for victory.