Waterford manager Alan Reynolds added two more new players to his squad last week ahead of the new season which gets underway with an away game against St Patrick’s Athletic in Richmond Park on Friday, February 14th. Striker Matty Smith and left-full back Tyreke Wilson are the latest newcomers to arrive at the RSC. Matty Smith played the last 15 minutes of last Saturday’s pre-season game against Bray Wanderers. Tyreke Wilson, following a hard week’s training, watched the game from the stand. 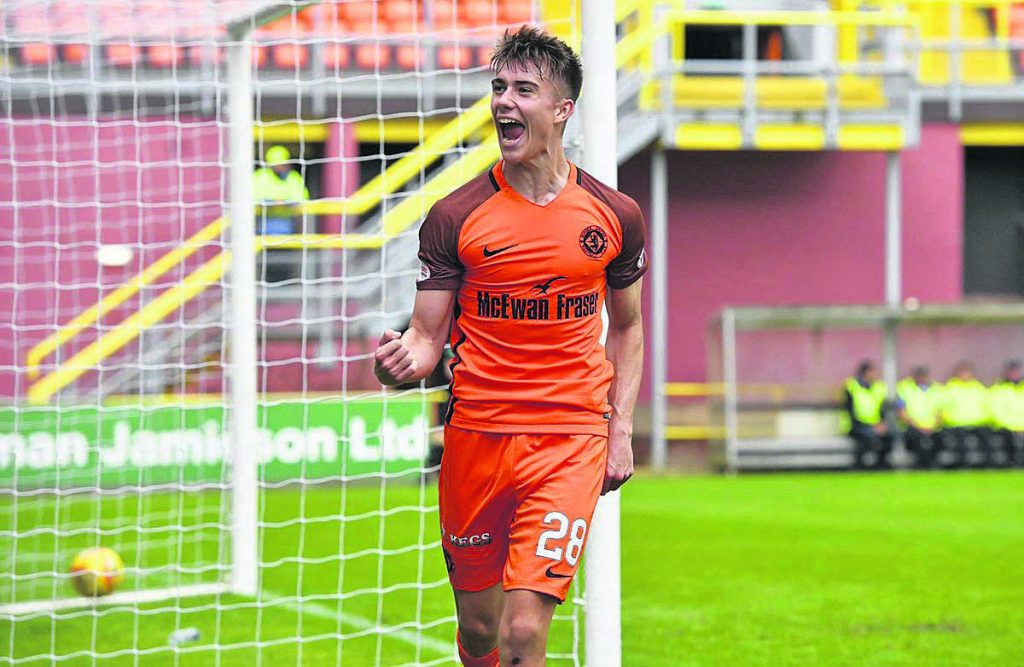 Matty Smith has signed for the Blues from Dundee United.

Smith signs from Scottish Championship side Dundee United, while Wilson has joined the Blues from Manchester City.Smith, 22, has spent the first half of the current Scottish season playing with Scottish League two side Cove Rangers where he made eight appearances, netting twice.
Wilson, 20, is a graduate of both Cherry Orchard and Manchester City’s youth academies. The highly rated left-back has also been capped for Ireland at U17, U19, and U21 level.Both spoke to WaterfordFC.ie after putting pen to paper in the RSC.Smith said he was optimistic of scoring plenty of goals for the Blues.“I’m glad to be here and looking forward to getting started. I know Scotty and Ali and I’ve heard good things about the club. They’ve had good things to say about the team and the club as a whole.
“Hopefully I’ll be able to score plenty of goals here. I’m a very attacking-minded player. Hopefully, I can bring plenty of enjoyment to the fans while I’m here.“I’ve been out with injuries, so it’s good for me to have pre-season to work through. It gives me a chance to get fit for the 14th of February.”Wilson, a left-fullback, said he’s looking forward to playing first-team football regularly, and that he’s hopeful of a good run of games in the RSC. “Today was my first day of training. There is a really good atmosphere in the dressing room. Everyone seems to buzz off one another so it should be a good season.
“I’m an all-round fullback. I like to defend, but I’m always keen to push forward as well and try to get balls into the box. I’d base myself off Ashley Cole, so I’d like to play like him.
“I want to get playing football regularly at first-team level. I’m hoping for a good run of games here and to see where I can go.”