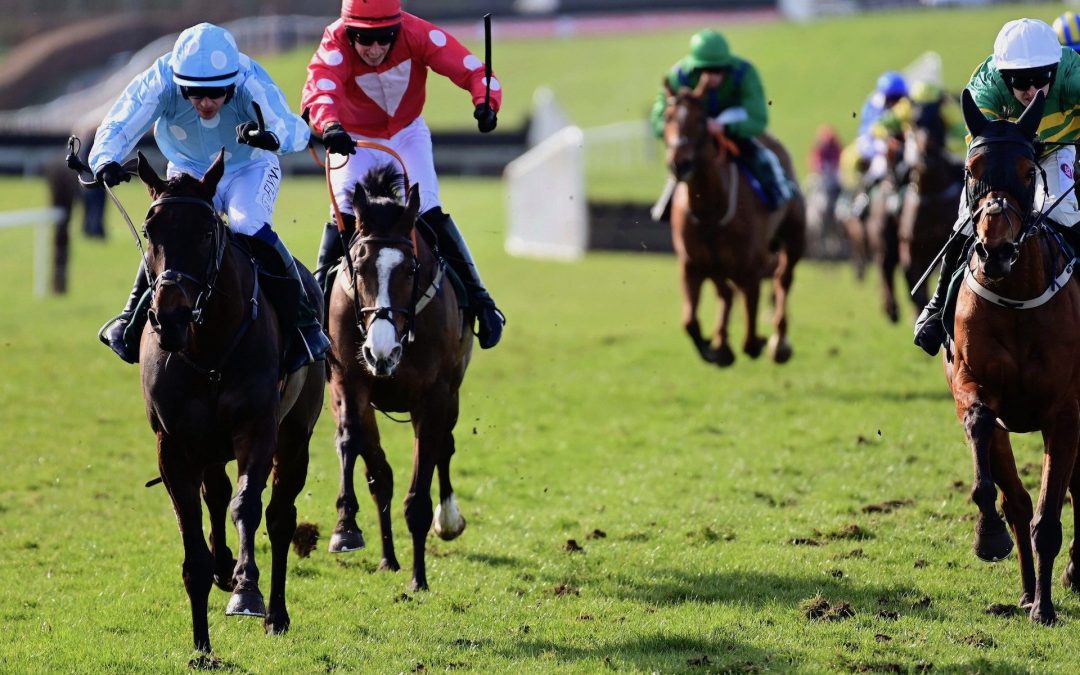 Neil O’Donnell
Willie Mullins has his string in fine form ahead of the Cheltenham Festival which begins next Tuesday with five winners and three second places from 11 runners this past week.
The Closutton handler however didn’t have any runners at the first meeting of last week at |Clonmel on Thursday last where Paul Nolan however continued his stellar season by sending out Western Zara to win the opening Irish Stallion Farms EBF Mares’ Beginners Chase.
The six-year-old Western Zara, a former point-to-pointer that won two hurdle races, made her initial start over the larger obstacles a victorious one by effortlessly powering to the front for Richie Deegan with three fences and the victorious grey duly returned with 11 lengths to spare over Carrigeen Lotus. The likelihood is that Western Zara, owned by Anna Scanlon, will be kept on the go for the immediate future.
Joe O’Keeffe, a practising GP in Tallow, sent out Little Token to win the Cloneen Mares’ Handicap Hurdle over two miles. Little Token, owned by Helen O’Connor and partnered by her nephew Mike O’Connor from Curraglass, atoned for finishing second in a two mile three furlong maiden hurdle at this same venue last month by making progress from two out to hit the front inside the final 100 yards en-route to defeating Plassey by two and a quarter lengths. Whilst this was Little Token’s initial success on the racetrack, the seven-year-old was bringing her career earnings to close on €17, 000.
It was then onto Navan on Saturday and Kilnamanagh-based handler Louise Lyons sent out Lady Rita to win the Gibney’s Maiden Hurdle over two miles six furlongs in the hands of Richie Condon.
Lady Rita certainly brought the best form to the table in this contest considering that she was only beaten a shade over 12 lengths into third spot by the ultra-progressive Daily Present on her penultimate start in a Navan maiden hurdle in mid-January and she eased to the front after two out to beat Pat’s Pick by a widening nine lengths. Lady Rita, owned and bred by Ken Kinihan, is a mare that likely to show further improvement between now and the end of the season.
Willie Mullins saddled two winners at the Proudstown Park venue and he opened his account courtesy of Belle Metal in the Racing Again March 12 Mares’ Maiden Hurdle. Belle Metal, sporting the familiar Honeysuckle colours of Kenny Alexander, supplemented her two bumper victories from last season by overcoming a final flight error to beat stable-companion Take Tea by one and a half lengths in the hands of Paul Townend. This race was over two miles and the indications are that Belle Metal will now be upped in trip. 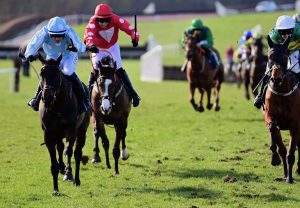 Belle Metal and Paul Townend in the familar ‘Honeysuckle’ colours of Kenny Alexander winning at Navan on Saturday.

Mullins completed his brace when the JP McManus-owned Gentleman de Mee, the mount of Mark Walsh, made all the running to dispose of Grange Walk by 16 lengths in the Grade 3 Flyingbolt Novice Chase.
There was racing at Wexford and Leopardstown on Sunday. At Wexford, which was staging its first meeting of the year, Kilbarry-based trainer/breeder Con O’Keeffe sent out his wife Claire’s Kilbarry Chloe to make a winning debut over flights in the Wexford Mares’ Maiden Hurdle.
Kilbarry Chloe, who finished second in three bumpers last year, was always well positioned with Mike O’Connor and she made her way home from before the second last to deny Hannah Wells by a neck. Kilbarry Chloe appreciates soft ground and it’s probable that she will prove well capable of sampling further success.
Willie Mullins continue his terrific run of form as he was responsible for a two further winners at the Bettyville track and he initiated his two-timer by sending out Arctic Warrior to land the featured Michael O’Murchadha Memorial Handicap Hurdle. The German-bred Arctic Warrior, whose previous two starts were in Grade 1 company, made all the running with Jody McGarvey to defeat favourite Clifdon Warrior by two and a half lengths. 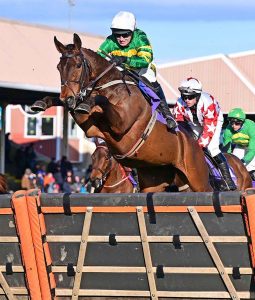 Arctic Warrior putting in a spectacular jump on the way to winning at Wexford on Sunday.

Mullins then saddled Egality Mans to capture the BetVictor Supporting Racing Beginners Chase. The relatively lightly-raced Egality Mans, representing Shiskin’s owner Mrs AnneMarie Donnelly, stepped up from his most recent fourth-placed effort behind Floueur at Fairyhouse in late
January by picking up the running before two out with his hander’s nephew Danny Mullins to dismiss Itsnotinit by an increasing 12 lengths.
Meanwhile, Crossabeg-based handler Liz Doyle kept her supporters happy at Leopardstown by sending out Ballybawn Belter to make a triumphant career debut in the TRI Supperstore (Pro/Am) INH Flat Race for four-year-olds’ at Leopardstown.
Ballybawn Belter, a daughter of Valirann that was acquired at last year’s Goffs Land Rover sale, was always well positioned and she took command from the two-furlong marker to beat Joshua Des Flos by one and three quarter lengths. Ballybawn Belter is owned by Rachael Rath, whose husband James Rath works as handler Ms Doyle’s head lad.