Nire Show their Guile to Advance

Senior Football Championship Quarter Final
The Nire 1-18
Rathgormack 2-10
(After Extra Time)
The Nire moved within two games of a ninth Conway Cup when they came out on top against neighbours Rathgormack at Fraher Field on Sunday afternoon after extra time.
It was Rathgormack that looked the slightly better of the two sides early in this game, and went in at the break holding a deserved 2-4 to 1-6 lead.
But over the remainder of the game, The Nire (who will play Ballinacourty in the Semi-Final) that proved to be the better of the two sides and certainly merited their victory.
Rathgormack got off to a great start with Jason Curry opening the scoring in the first minute and adding a second three minutes later.
The Green and Red registered hit their first goal on six minutes, as Billy Power played in Paul Drohan who finished past Diarmuid Murphy to put his side five points clear.
Curry would add another for his side before Tholom Guiry opened his sides account on 12 minutes. Jason Curry and Tom Barron swapped scores before Shane O’Meara fisted in his sides first and only goal from a Ciaran Walsh delivery to leave just two between the sides at the end of the first quarter. 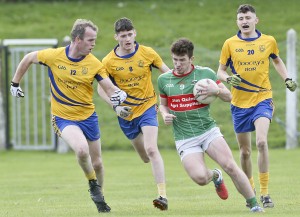 Rathgormack put daylight between the sides once more on 18 minutes when Conor Murray picked out Jason Curry who slotted home his second goal of the afternoon.
Rathgormack failed to score for the remainder of the opening half and in the closing 11-plus minutes (along with additional time) The Nire added four points from Conor Gleeson, Tom Barron, a Shane O’Meara free and Dylan Guiry to leave them trailing by just a point. A minute after the restart, Jason Curry extended his side’s lead before The Nire tagged on the next four scores to take the lead.
Shane O’Meara split the posts from a free on 34 minutes, before Conor Gleeson, James McGrath (capitalising from a mistake in the Rathgormack defence) and Shane Walsh all kicked scores to put their side 1-10 to 2-5 ahead. Jason Curry with a delightful score kicked his side’s first score from play in 29 minutes to leave just a point between the sides only for Dylan Guiry to immediately cancel out that score. But The Nire failed to score for the remainder of the half. 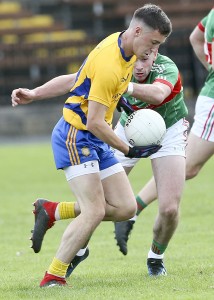 At the other end Rathgormack proved more economical and were rewarded for their efforts when Jason Curry twice split the posts to draw the sides level with five minutes remaining, to send the game into extra time. Former inter-county dual star Shane Walsh twice split the opening period of extra time while The Nire’s best player on the day, Darren Guiry, was rewarded for his exploits when he put his side three clear midway through the first half of extra time (1-14 to 2-8) and that’s how it remained until the interval.
Two minutes after the resumption, The Nire had a good chance for a second goal when Dylan Guiry and Shane Walsh linked up to ultimately send the ball over the crossbar with the help of a strong hand from Rathgormack goalkeeper Padraig hunt. John Kirwan and Jamie Barron swapped scores before Conor Murray and Kenny Brazil did likewise and deep in stoppage time, as if there was any doubting the final outcome of this game, Shane O’Meara again split the posts from a free.