The proposed National League Fixtures issued to all County Boards early last week show that Waterford’s senior hurling team will have three home and two away fixtures next spring in Division 1B.
Meanwhile the County Senior Footballers will have three home and four away fixtures in Division Four, including a trip across the Irish Sea to play London.
Waterford will begin their National Hurling League at home to Offaly on January 27th and a week later Waterford make a journey to the midlands to play Laois. Waterford’s third game is a South East Derby against Carlow on Saturday, February 16th.Potentially, Waterford’s most difficult games in the league are their last two games against Dublin and Galway, and how Waterford get on in these games could determine which side from Division 1B will move up to 1A for 2020. 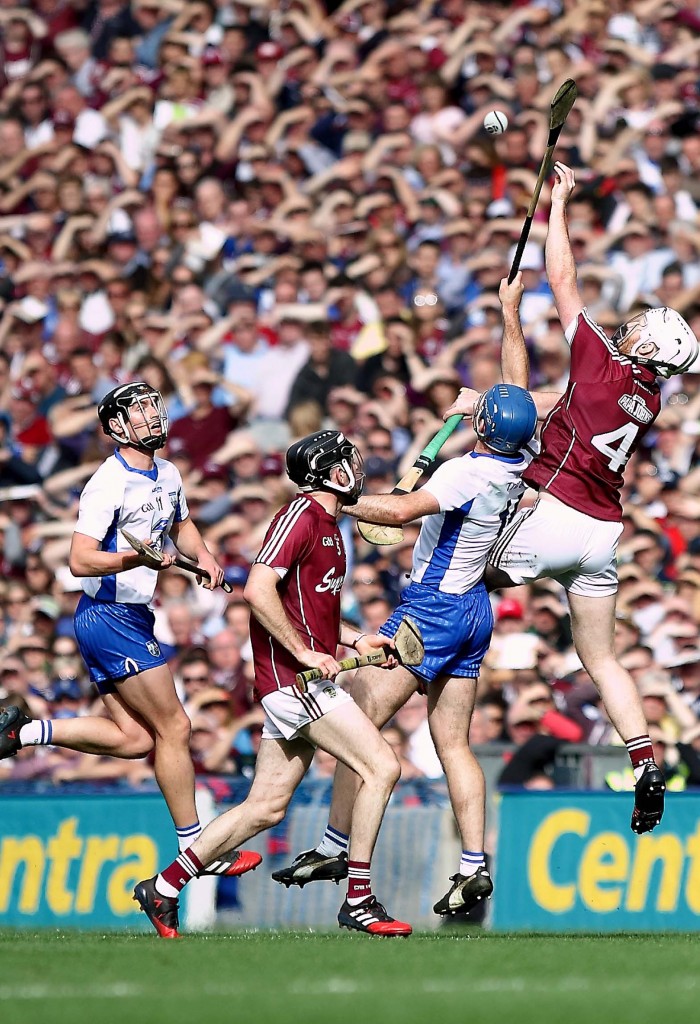 Waterford and Galway will meet for the first time since the 2017 All-Ireland Senior Final when they clash in the National Hurling League at a Deise venue on the weekend of March 2nd and 3rd. | Photo: Noel Browne

Waterford’s penultimate game is against Dublin and will round off their campaign on February 24th and a week later Waterford welcome Galway to the Déise.
These are provisional fixtures at the moment and could receive some tweaking before they are official.It could well happen that for the weekend of February 23rd/24th, Dublin might try and opt to bring a huge crowd to their adopted home venue at Croke Park as they are down to play Mayo in the National Football League, 18 hours before they are due to play Waterford in hurling.
With the Waterford County Board receiving planning permission to develop Walsh Park recently, it remains to be seen where Waterford will play both Offaly and Galway in their first and last game respectively.
Waterford’s middle game, home to Carlow is a Saturday evening game and with no flood lighting currently in situ at Walsh Park it can be taken that the game will take place at Fraher Field.
One has to wonder will all three of Waterford’s home game be played at the Dungarvan venue with possibly the game against Galway an all-ticket affair, all the more so should both sides go into the game fighting it out to see which of the two will be moving up a grade for 2020.In football, Waterford will begin their campaign on January 26th with a home game against Wicklow. This will be the fourth time in five years that the two sides have clashed in the first round of fixtures in the competition.The only opposition from Munster that Waterford will face in the league is Limerick who Waterford travel to play on February 3rd and a week later Derry make the long journey to Waterford for a 2pm start.
There is a South East Derby on February 24th when Waterford travel to play Wexford. When the two sides clashed in the championship for the first time earlier this year at Wexford Park it was the visitors that emerged victors and that will give the side confidence going into this game.On March 3rd it’s Ulster opposition for Waterford once more as Antrim are visitors to either Fraher Field or the WIT Arena, before Waterford cross the Irish Sea for a tricky game against London on March 16th.Waterford’s last game in the league is another lengthy away trip, this time to Carrick-on-Shannon to play Leitrim. Let’s hope the fixture with Leitrim is fulfilled this year, of course.