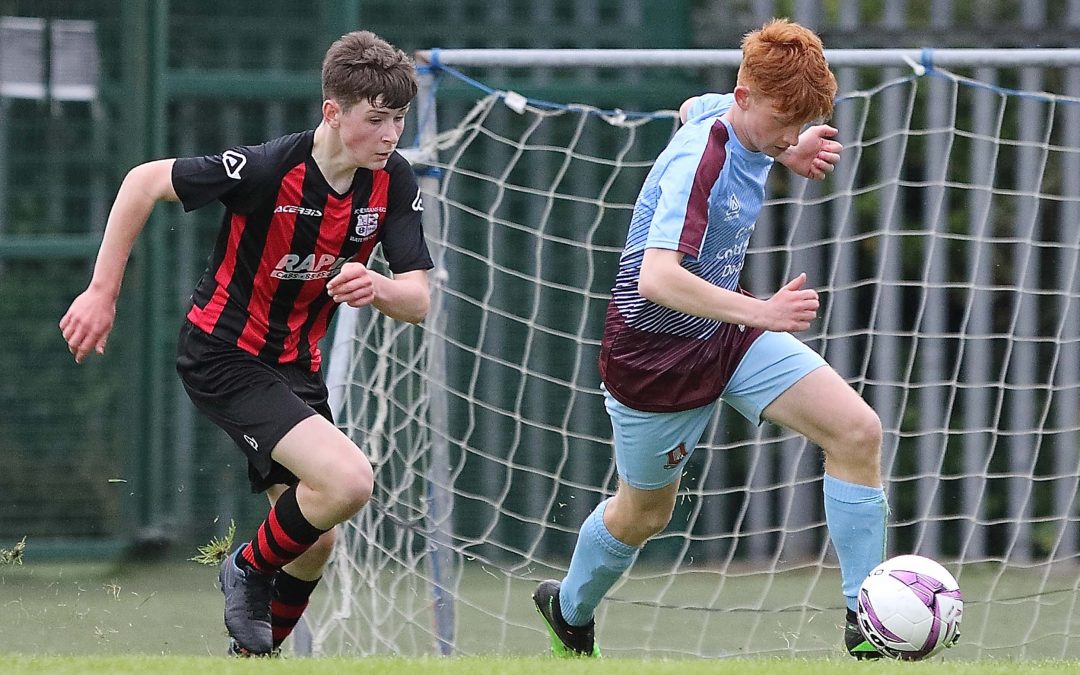 WSFL Under 15 A League

Live football returned to Waterford on Tuesday last as the 2020-21 Waterford Schoolboy League season resumed after the eight-month closure due to Covid-19. The 2021-22 season will start in September. The long break certainly did not have any ill effect on the Piltown team in this game which was played in Ben Wadding Park.

They took up the running from the opening whistle and their quick strikers and flank players made life extremely difficult for the home side.

Ben Burns brought an excellent save from the home goalkeeper Aaron Breen after 12 minutes and shortly afterwards Sam Tobin did likewise. Bohemians eventually got into the game and Cillian Hoctor was just off target with a glancing header after he met a fine cross from Leo Cullinane. 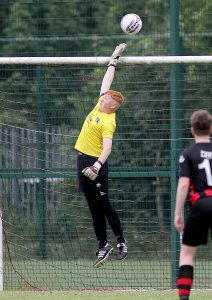 Conor Power tried his luck with a fine free-kick from 35 yards on 26 minutes but he had to watch the ball go narrowly over Shane Foley’s crossbar. The deadlock was broken on 31 minutes. Jack Carroll, who enjoyed a wonderful game for the visitors out on the right flank, cracked in a shot from the edge of the penalty area. The ball broke lose inside a crowded six yards box and Ben Burns was well placed to touch it past the helpless Aaron Breen. Bohemians were rocked completely when Piltown scored two goals inside 60 seconds.

Jack Carroll floated over a super cross from the right on 34 minutes to Daniel Walsh who was running in at the back post and he found the net with the aid of the upright. 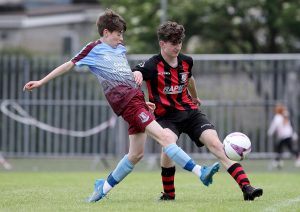 Worse was to follow for the hosts one minute later. Again it was Jack Carroll who did the damage. He got around his marker and then picked out Ben Burns who was waiting to place the ball into the back of the net.

Five minutes after the change of ends Jack Carroll picked out Ben Burns once again but on this occasion the flame-haired striker was unable to control the ball in front of goal. To their credit Bohemians continued to fight for every ball and Bradley Keoghan was dreadfully unlucky to see his 45th minute shot on the run go narrowly wide.  Ben Hennessey and Hugh Devereux also went close afterwards but at the end of the day Piltwon fully deserved their victory.

Bohs Jakub Drozdek gets away from Piltown’s Francois Harris.