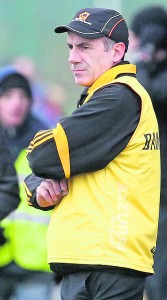 Lismore 2-14
Kilmoyley (Kerry) 0-13
Brian Flannery in Mallow
Lismore are the new Munster Intermediate hurling champions after a seven-point victory over the Kerry senior champions Kilmoyley at Mallow on Saturday last.
Having been relegated just 13 months ago, Lismore have shown great resilience by not only winning the Waterford Intermediate title and regaining senior status but now adding a coveted Munster title to their haul with an All-Ireland semi-final to come early in the New Year.
Lismore become only the second ever Waterford side to triumph at this grade following in the footsteps of Cappoquin’s memorable win in 2014.
Two early second half goals from Brian O’Keeffe and former All-Star Maurice Shanahan proved the difference between the sides at a chilly Mallow venue on Saturday last.
The opening half was competitive throughout with never more than two points between the teams. Former county players Paudie Prendergast and Ray Barry were in defiant mood in the Lismore half-back line with Maurice Shanahan hitting four first half points including two fine efforts from play. 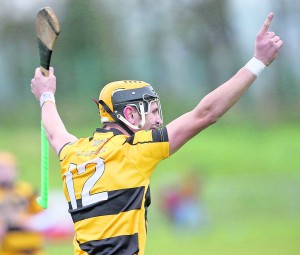 Kilmoyley depended exclusively on the outstanding Daniel Collins for all their scores as the sides went to the break deadlocked 0-7 apiece.
Lismore did spurn two glaring goal scoring opportunities in the opening half. As early as the ninth minute, Dan Shanahan was left alone in front of goal however his shot was expertly deflected out for a 65 by Kilmoyley goalkeeper Aiden McCabe.
Meanwhile, after 11 minutes, Jordan Shanahan similarly failed to convert having been played though by Maurice Shanahan.
Just moments after the restart, goal number one finally arrived when Brian O’Keeffe latched onto a long delivery from captain Paudie Prendergast to finish from close range as his delicate effort just managed to creep over the goal line. 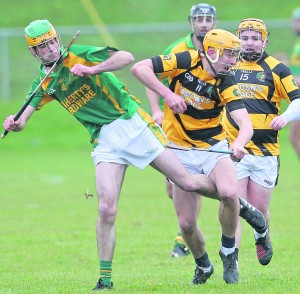 This gave Lismore some breathing space on the score-board and the Dave Barry-managed side showed far greater urgency during the second 30 minutes play.
If goal number one put Lismore in the driving seat their second green flag on 40 minutes put this tie beyond the reach of the Kilmoyley men.
Maurice Shanahan for once had evaded the notice of the Kilmoyley defence to peel off a ruck and when Peter O’Keeffe’s hand pass came his way the Waterford star showed tremendous skill in dinking his effort over the advancing goalkeeper to put Lismore into a 2-10 to 0-9 lead.
A dominant Lismore defence never looked like coughing up the scores that might have let the Kerry champions back into this game.
Daniel Collins apart, the Kilmoyley’s forward division was decidedly anaemic. Remarkably Daniel Collins registered all of his side’s 13 points, further highlighting the lack of support from his colleagues. Lismore had the luxury of running the bench before games end with goalkeeper Seanie Barry never troubled. 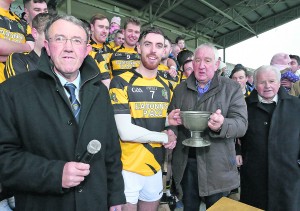