Saints on the brink of Munster Glory 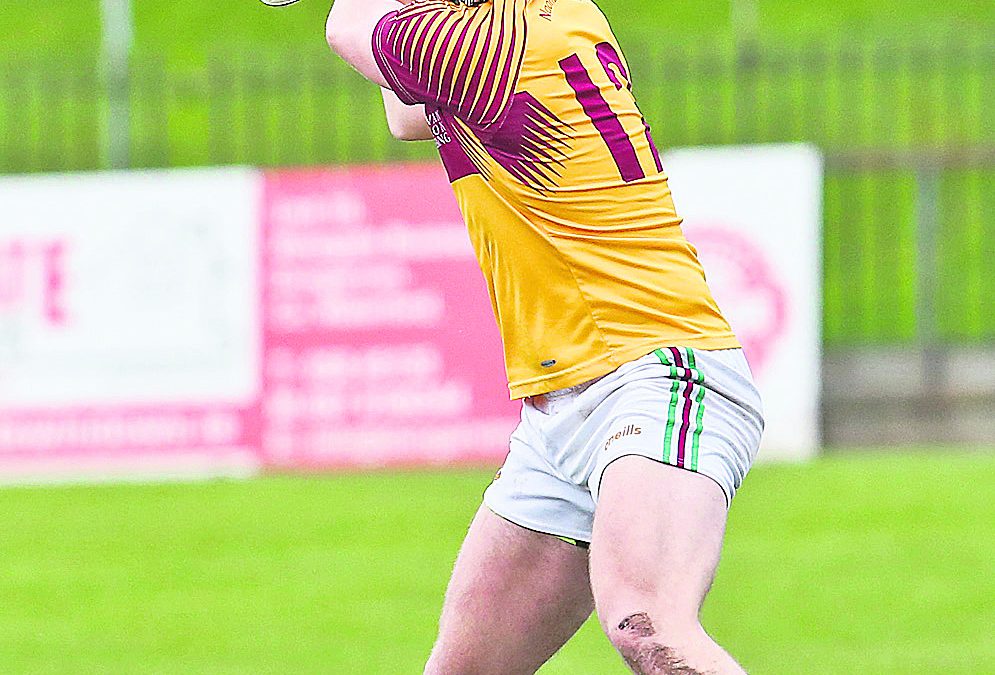 Munster Junior Club Hurling Final
Saint Mary’s v Russell Rovers
(Sunday, December 8, Mallow at 1pm)
If finals are reserved for the best sides in a competition, then it is certainly true of this year’s Munster Junior Club Hurling Final between Waterford champions Saint Mary’s and Cork side Russell Rovers when they clash at Mallow on Sunday afternoon.
Both sides have proven to be hugely consistent over the last number of years.
Saint Mary’s reached the Waterford County Finals in 2015 and 2016 and in the following two years they were up against strong Ardmore and Ballinameela sides that had dropped down a grade at the end of their previous year and made the step back up to the second tier of championship hurling at the first time of asking.

Hurling in the Rebel County is particularly strong in the east of the county and in those last same three years Russell Rovers from the Ballycotton, Garryvoe and Shanagarry areas near Castlemartyr have reached the Imokilly Divisional Final of the Junior Hurling Championship winning all three and contesting the last two County Junior Hurling finals which might just show the talent in this side.After a somewhat easier than expected win in the county final some weeks back, Russell Rovers played the Kerry Intermediate Champions Kilgarvan in Killarney recently, and won that game with relative ease also.
They were due to play the Clare Champions in the semi-finals two weeks ago, but the competition in the Banner County was not complete on time, meaning that the East Cork side are going into this game without what some might describe as a proper challenge in a number of weeks. Not having a game at the semi-final stages will have allowed members of their panel and management team to travel to Clonmel recently to see their opponents this weekend in action and will know where the Touraneena side are strongest.
In their last two games Russell Rovers have put up very big scores and in Josh Beausang and Bud Hartnett they have forwards that know where the posts are.
But they also have players in the like of Luke Duggan-Murray, Daniel Moynihan and Jack McGrath in the half forward line who will chip in with smaller but still significant scores over the course of the hour as will Kieran Walsh in the middle of the field.
The Cork side’s half-back line of John Paul Ivers, James Kennefick and Chris Ruddy look to be very strong while Ross Walsh in goal is also an excellent player, all of whom will have benefited from the coaching received by Frank Flannery in recent times.
Rovers will no doubt have taken the chance to see Saint Mary’s play recently and will have been impressed with what they have seen. Under the guidance of manager Declan Fitzpatrick and coach Dan Shanahan, St Mary’s played some of their best hurling in recent years against Carrick Davins at Clonmel and if they can replicate how they played in that game they stand an excellent chance of winning here.
In attack this year the Touraneena men are led by brothers Eoin and Mike Kearns.
Eoin is the sides’ top scorer this year while younger brother Mike is proving to be a handful playing on the edge of the square.When he has good ball played into him he can cause lots of trouble with his physicality as he lays the ball off for those around him or if he heads towards goal sides are often forced to foul him. Jason Sheehan and Jack Power are regulars in attack as well for Saint Mary’s in recent games while the likes of Stephen and JJ Coffey, Jack Skehan, John O’Shea and Cian Geary have all come in and done a job.
In the middle of the field Kevin Sheehan and Sean Fitzpatrick are solid all year, with Kevin Sheehan chipping in with crucial scores late on in games which have given the side an injection of energy to get over the final few minutes when maybe the pressure might come on them. If Russell Rovers have a strong half-back line, so to have the Touraneena men.
Aidan Kearney has played senior hurling for Waterford, Brendan McGourty has done likewise from Down while Dermot Tobin is very much a whole-hearted player.
In the full-back line Denis Coffey is flanked by two young players in Ronan Gleeson and Cillian Tobin who have come on immensely with the coaching they have received from Dan Shanahan.
John Patrick Fitzpatrick, while he may be the veteran of the side at 45 years, produced a man of the match performance against Carrick Davins in the semi -final producing a number of breath-taking saves. The Cork side will go into this game as favourites. They have had their games fairly well spread out, while Sunday’s game for the Touraneena side will be their fourth since November 3rd, all of which were played on energy sapping heavy fields.
But momentum often takes over at this time of the year, and the Touraneena side have this by the bucket load. For their win over Carrick Davins they had a huge support for a Saturday lunchtime fixture, not just from the Touraneena area but across West Waterford. For this game they are expected to have an even bigger support for a Sunday afternoon game and they will be hoping that if they get an even bigger support than they had in recent games, it will become a sixteenth man as the game progresses.
While Russell Rovers will go into this game as favourites, don’t write off Saint Mary’s chances too easily. They went into the semi-final as the underdogs yet played some of their best hurling in many years.If they can repeat that performance then there is no reason why they cannot emulate Ballysaggart, Modeligo and Ardmore and return from Mallow with the Rody Nealon Cup.