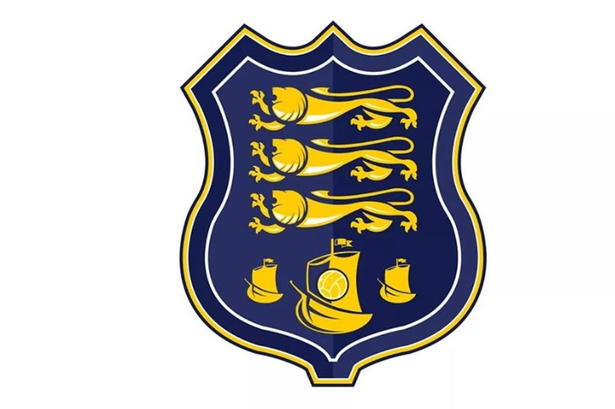 It’s fantastic that Waterford FC got off the mark at home with their 1-0 win against Longford Town at the RSC on Saturday night.

Having been on the wrong side of many a one-goal defeat, five to date in fact – it was pleasant to see the roles reversed. But still, given the off-field drama that surrounded the club once again this week – it’s fair to say that there’s still far more reasons to feel blue than positives when it comes to the Blues at the
minute.

That win on Saturday night was a six-pointer. Had Waterford lost that game, even at this early point in the season (and despite the previous rumour that Kevin Sheedy & Mike Newell had departed the club) – I think they would have had to go. Rumours always happen in sport. A lot of them are unfounded and 80% of them end up being nothing, but for the club to call news of the proposed leave of the managerial duo this week a ‘baseless’ rumour is laughable given all the ins-and-outs at the club that have come to public light in the past few weeks.

Oscar Brennan is currently out with a ‘facial injury’ while Brian Murphy, the best goalkeeper in the League of Ireland, currently finds himself out of favour. Players are believed to have questioned the tactics, and were left to be led in Thursday’s training session by their goalkeeping and fitness coach. What I’d like to emphasise is that if this is what we know, then imagine what’s going on that we don’t. 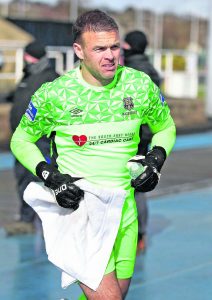 The Brian Murphy situation is a bemusing one to say the least.

It’s hard to know what’s going on with Waterford FC. It always is in truth. There’s more chance of finding out the ins and outs of the North Korean establishment than there is that coming out of the RSC sometimes – and that’s not good for the reputation of the club, it’s bad for the fans, and clearly there’s some ill effects being felt on the pitch too. Recent performances have been nowhere good enough. It seems as if the players don’t know what’s going on. All is not rosey in the garden, and despite the welcome nature of Saturday’s win, there are still many questions that need to be answered.

Thankfully, some academy products have made the step-up to senior football, but the club also has tons of loanees from lower-league English clubs that are here for a holiday it seems more than to play football. If history is anything to go by, they won’t be here next year. I’ve been impressed with Cameron Evans, James Waite and Jamie Mascoll but there’s some players at the club that aren’t up to the grade it seems. There’s probably a few players floating around the Waterford Junior League that would be more willing to put in a shift.

Daryl Murphy is another signing that while reputationally everything adds up, correct me if I’m wrong but I don’t think he’s scored once since he returned and he’s in the twilight of his career. Surely the club would’ve been better placed to have someone younger with a more consistent goal scoring record? They can’t buy a goal at the minute. There’s been 3 1-0 defeats and 2 2-1 defeats. The defence isn’t really the problem.

Sheedy and Newell’s appointments were probably more of a PR stunt than they were based on actual coaching ability. I think Mike Newell’s discipline has been appalling too. There’s obviously going to be some decisions you don’t agree with, but this is a young team you need to be setting an example for. The assistant manager losing the head and getting sent off twice already this season shows how a lot of this doom and gloom at the club stems from those in the highest positions. In fairness to the players, they’re just going out and trying to do their jobs but they haven’t had much guidance or assurance of anything. 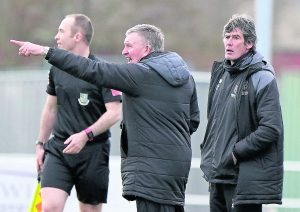 Sheedy and Newell were likely chosen to manage the club based on their reputation as
opposed to their actual managerial abilities.

I’ve always felt a bit disillusioned with Waterford FC to tell you the truth. There’s something about the club that makes it feel that bit closed off to the general public in my mind. A lot of it probably stems from years of neglect of the League of Ireland itself at FAI level, but being wholeheartedly honest, if Waterford FC went off and won the league in the morning – I know it would be welcomed and lauded throughout the county, but how many people would actually feel
connected and a part of that success?

There’s a lot of factors standing between the club and the fans. A lot of loyal guys have been going there for decades and even without COVID now, I’m sure a lot of them would’ve packed it in over how some matters have been dealt with.

You’re not allowed to ask questions. Everything that eventually becomes fact is previously denied to the hilt until the truth comes out, and it’s impossible to have any sort of continuity when the entire team and coaching staff change hands every season. 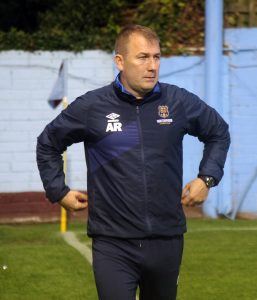 I think since Alan Reynolds and the likes of Bastien Hery, Gavin Holohan, Matty Smith, Zak Elbouzedi have moved on – fans have grown more and more disillusioned with the club. The fans need answers and reassurance that the club is headed in the right direction and that the owners and management are committed to arresting this slump, but they’ve probably got more chance of picking out the winning lotto numbers than they do of actually receiving it.

I would love to see things pick up and the club avoid being relegated this season, but if it did happen – I would not be one bit surprised, as the club could give Duffy’s Circus a good run for its money from time to time.