Looking back at Waterford Olympians 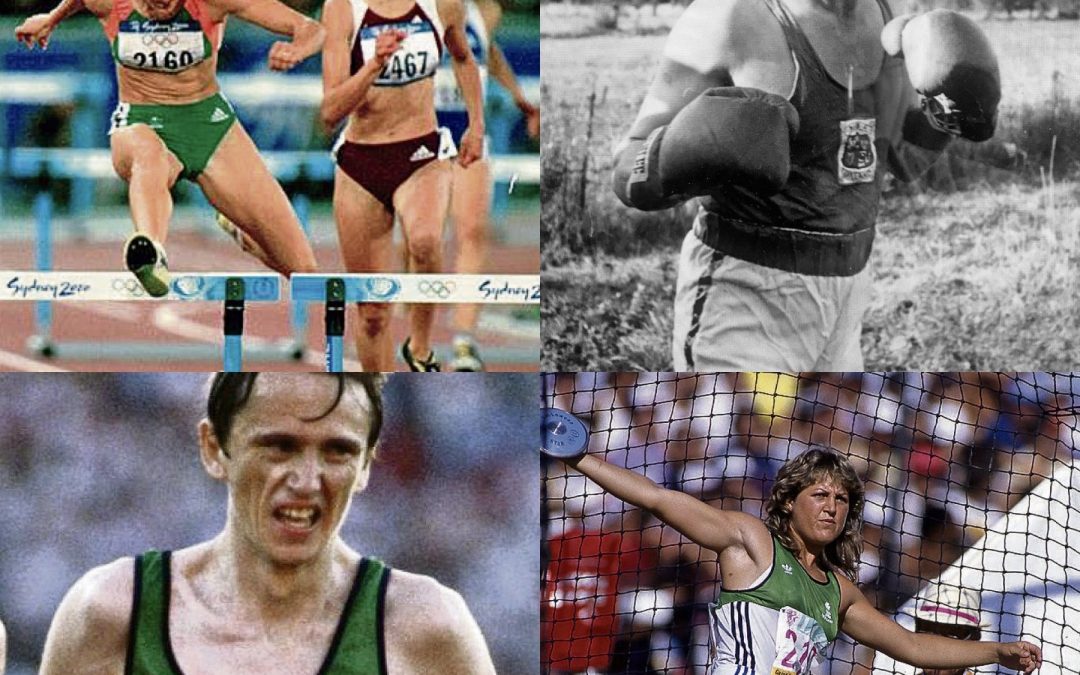 Last week we looked at Waterford athletes who have competed in recent Olympics.

As the build-up to the Tokyo Games continues, Fintan Walsh takes a look further back at Waterford sports persons who have competed at the Games in a number of different sports. Athletics has the most representatives with a total of nine followed by cycling with four, equestrian with three, boxing two and soccer one.

Sports persons who were not born in Waterford but who spent many years living here and have also been at the Olympics are also included in this piece.

The athletes born in the county who have participated are as follows; John Treacy (Villierstown) who competed in the Olympics on four successive occasions; 1980,1984,1988 and 1992. In Moscow in 1980 he first of all competed in the 10,000 metres heats and after looking as if he would easily qualify for the final, he collapsed on the track in very hot and humid conditions in the latter stages.

A few days later however he qualified for the 5,000 metres final, finishing seventh in 13:23.7. He was silver medallist in the Olympic Marathon in 1984 in Los Angeles in his first ever Marathon with a time of 2 hours, 9 minutes 56 seconds, a new Irish record at the time. 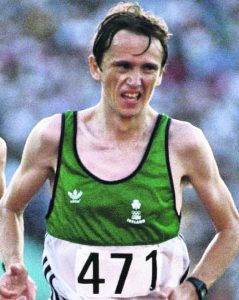 He had problems in his Marathon bid in 1988 in Seoul and did not finish while he was 51st in Barcelona in 1992.

Patricia Walsh (Ferrybank, Waterford City) competed in 1984, where she did exceptionally well finishing ninth in the discus final, with 55.38 metres. She still holds the Irish record in that event with 57.60 metres set in 1984. 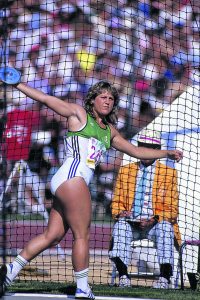 Patricia Walsh at the 1984 Olympics in Los Angeles.

Susan Smith (Waterford City) competed in the 400 metres hurdles in two Olympics,1996 in Atlanta and 2000 in Sydney. She reached the semi-final in 1996 and finished fifth in 54.93 seconds, missing out by just one place to make the final.

In 2000 she was eliminated in the first round, finishing fourth in 57.08 and just missing out by one place on making the semi-final.

She did qualify for a World Championship final in 1997, finishing seventh. Smith still holds the Irish 400 metres hurdles record of 54.31 set in 1998. 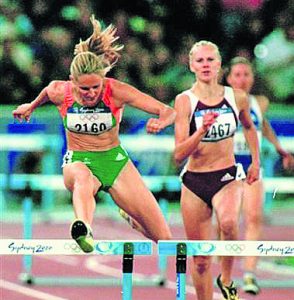 Susan Smith competing in Sydney in 2000.

At the London Olympics in 2012 Jessie Barr (Dunmore East) was on the Irish 4 x 400 metres relay team which was unplaced. In 2016 her brother Thomas finished fourth in the Olympics 400 metres hurdles final in Rio de Janeiro, just missing out on a medal with a personal best time of 47.97 seconds. Barr hopes to compete in the Tokyo Olympics which begin in just over three months.

Peter O’Connor was born in Cumberland, England while his parents, who were from Arklow, were in England for a short time. He came to Co Wicklow as a child and to Waterford in his twenties and was a solicitor by profession, living the rest of his life in Waterford. At the 1906 Olympic Intercalated Games in Athens he was gold medallist in the triple jump and silver medallist in the long jump. He was World record holder in the long jump for thirty years and Irish record holder for nearly 90 years. 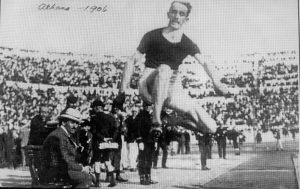 Theo Phelan, a native of Clonmel, came to live in Riverview, Ferrybank as a child and went to school here in Waterford later moving to Dublin. He competed in the 1928 Olympic Games in Amsterdam, in the triple jump coming nineteenth at the age of 19 years 325 days. Brendan Quinn was born in Jerusalem and started running in Meath and came to Waterford, his mother’s county at14 and has lived in Waterford City all his life since.

He competed at the Seoul Olympics in 1988 and made his way through the first round of the 3,000 metres steeplechase but was eliminated at the semi-final stage where he finished ninth in 8:40.87. Quinn still holds the Irish steeplechase record of 8:24.09 set in 1985. He also qualified for two other Olympics, but injury ruled him out on both occasions 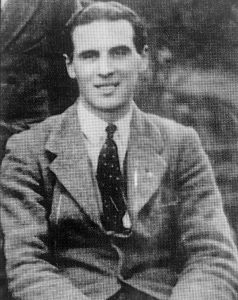 Theo Phelan competed in the 1928 Olympics in Amsterdam.

In cycling there have been four Waterford born representatives at the Olympics. Stephen Spratt (Abbeyside, Dungarvan) was the first in 1988 in the 100km team time trial on the Irish team that finished 19th.

Spratt was twice winner of Ras Tailteann in 1986 and 1992 and also had six stage wins in the race over the years, he was winner of the Tour De Hokkaido in Japan in 1992.

Robert Power (Abbeyside, Dungarvan) was next in 1992 in the 100km team time trial on the Irish team that were 17th. He had the misfortune to have a serious accident the day before he was to ride in his main event, the road race and  despite a few  attempts to get back cycling again the experience in the Olympics more or less ended his career leaving him with  physical and physiological effects.

Declan Lonergan (The Folly, Waterford) competed in the Olympics of 1996 in the points race where he finished 22nd.  A blistering sprint made him an excellent criterion rider and he went on to have a successful career as a pro in America and Australia Here in Ireland between 1988 and 1995 he had some terrific performances in the Rás Tailteann winning it in 1994 and taking the Points Class twice as well as nine stage victories, he also had stage victories at races in the USA and Australia and won one points race in the 1996 UCI Track Cycling World Cup Classics. 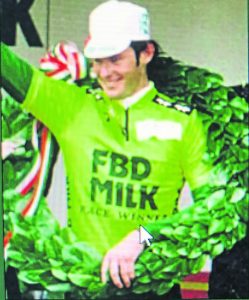 Declan Lonergan finished 22nd in the cycling points race at the 1996 Olympics in Atlanta.

Power also won the Ras Tailteann on two occasions and had five stage wins and was also a National Criterium Champion and National u23 Road Champion as well as international successes.

In Equestrian there have been three Olympians, two who competed and another who was a reserve rider. The first to compete was Comdt John Ledingham (Clashmore) in 1988 on the Irish team in the show jumping team competition where Ireland finished 11th. John withdrew his horse, Kilcoltrim in the individual competition He also competed at three World Championships and represented Ireland in 63 Nation Cups, and won the Hickstead Derby three times; in 1984, 94 and 95 and was on Irish AGA Khan winning teams five times. He was one of the finest riders of his era and is still involved with the Army coaching young riders. Francis Connors (Woodstown), from a great  horse breeding family and  still going strong was at the 1992 Olympics as reserve rider with Cullohill Castle, -his brilliant horse Spring Elegance was injured a month before the Olympics- and so lost out the chance to actually compete. In 1977 he won the European Pony Title and also the Golden Saddle award and won the  National Grand Prix League title  a record 13 Times and three National Show Jumping titles  and was on two winning Nation Cup teams and had numerous International wins. Francis presently produces horses from his training facility in Kill in Co Waterford.

Geoff Curran (Fenor), came from another great equine family involved in many ways such as breeding, training showjumpers etc and competed in the 2008 Olympics where he took part in eventing. He rode Kilkeshin and finished 32nd overall competing in dressage, cross country and jumping. He also competed in two World Games and at European Championships.  As recent as last year he was crowned 2020 Irish National Show Jumping Champion -the first Army winner since 1994- concentrating on that branch of the sport for the past few years with eventing being his main interest up to then.

Peter Crotty Dungarvan nicknamed -The Iron Man – was at the 1952 Helsinki Olympics, a welterweight boxer, beaten in the second round on a TKO in his first bout when well ahead at the time as referee stopped the fight when an old wound above his eye opened, Crotty wanted to continue but the referee would not allow it. The fighter, a Swede, who got the verdict was not able to fight again at the Olympics after the beating he received from Crotty, who incidentally was also a golden gloves representative and is still held in the highest esteem by the Irish Boxing fraternity.

He was National Senior Welterweight Champion four years in succession from 1949 to 1952 boxing with St Mary’s club in Clonmel. In January 2006 a blue plaque was unveiled on Dungarvan Town Hall depicting his boxing achievements, and the gymnasium where he trained there with the Dungarvan Boxing Club is now called the Peter Crotty Iron Man Gym. 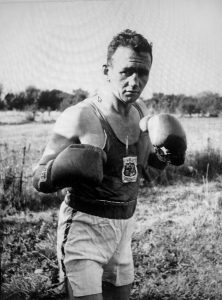 Peter Crotty competed at the 1952 Olympics in Helsinki, Finland.

William (Boy) Murphy was born in Pakistan in 1903 his father was from Bandon and he had a Waterford mother from Cappoquin and was at two Olympics 1924 and1928. At 17 years he was middleweight champion of Egypt and on joining the Irish Army in the early 1920’s he became a household name in Irish boxing winning the national middleweight title in 1924 and five light heavyweight titles from 1927 to 30 and again in 1932.

In 1926 he joined the Garda Siochana serving in many areas around the country including Tramore and Waterford and wherever he went he got deeply involved in boxing clubs. Boxing as a middleweight in the 1924 Olympics he won his first bout but was beaten narrowly in his next. At light heavyweight in 1928 in his first bout he knocked out his Spanish opponent in round one. In his second bout he had his German opponent on the floor three times but somehow lost the fight, many claiming he was robbed. He was an extremely popular Garda in Waterford and Tramore -a gentle giant – and lived in Roanmore Park in Waterford and died aged 76 in 1979 and is buried in Cork. 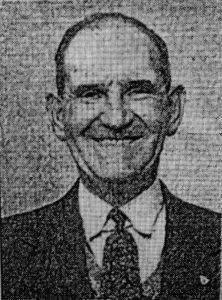 William (Boy) Murphy competed at the 1924 and 1928 Olympics in Paris, France and Amsterdam, Holland.

In soccer one of Waterford’s finest ever players Billy Barry, Waterford FC from the city who made several Inter League appearances for Ireland during his career and gave years of great service to Waterford. He was on the Irish Soccer team at right half back that were eliminated in the qualifying round of the Olympics In London in 1948 beaten by Holland 3-1 in Portsmouth, in July that year. The Irish team had only got together about a week before the event while Holland were together for several weeks, despite this Ireland gave it a great try being led by 2-0 at half time and then pulling one back early in the second half  but Holland’s third goal clinched it for them. The newspapers had very positive things to say about Billy’s performance saying he was always in the thick of things with great tackles. working tirelessly almost to a standstill.

Waterford was represented by Seamus Power at the 2016 Olympics in Rio. Seamus, from Touraneena, was a member of the Web.com Tour at the time and was selected along with Padraig Harrington, when Rory McIlroy and Shane Lowry refused to travel, citing Zika virus concerns. Power was in a medal position on the back nine during the final day and eventually finished a credible 15th out of 60 competitors with Britain’s Justin Rose taking the gold medal.