Déise’s 14 men undone by high scoring Premier
The crows swooped and scavenged around the Ryan Stand amidst the post-match detritus on a calm Sunday afternoon in hurling’s greatest cathedral. Two weekends into the 2019 Championship, it looks like it’s going to take something very, very special on Waterford’s behalf if they’re to stave off the vultures now unfortunately circling around their summer ambitions. And while there was no denying the merit of Tipperary’s victory, there was widespread agreement in both the press box and among both management teams afterwards that the 2-30 to 0-18 final score didn’t reveal the true complexion of this contest. 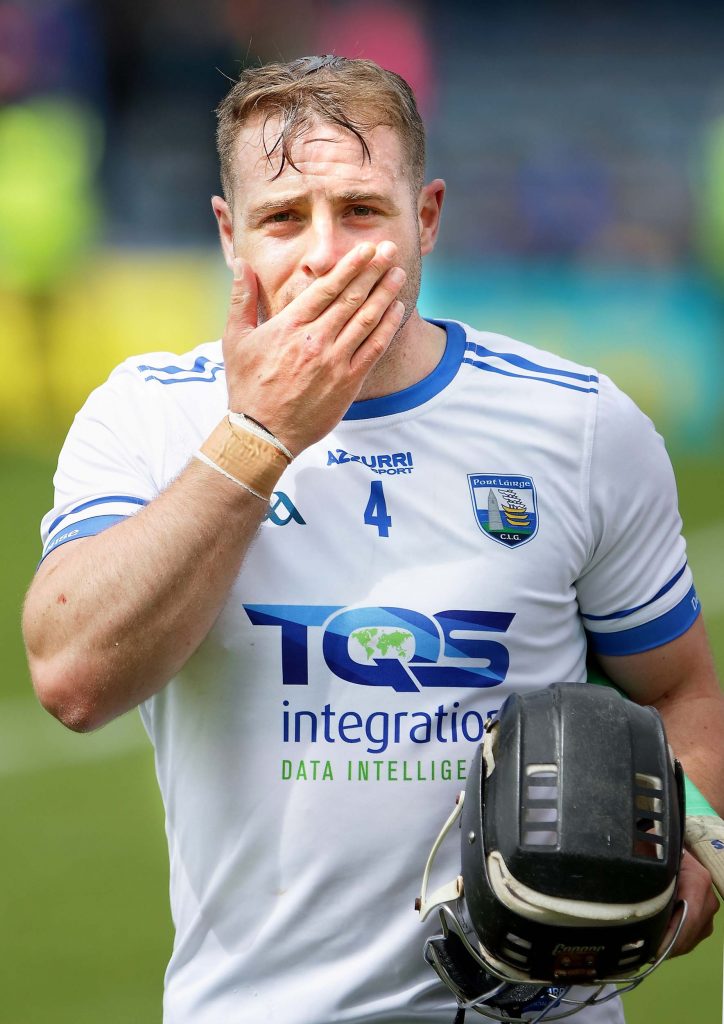 “That was a very tough day,” said a naturally downcast Paraic Fanning in the wake of the Déise’s heaviest Championship defeat since the 2011 Munster Final reversal to the Premier.
“With 20 minutes to go, we’d really dragged ourselves back into it (then only trailing by three points) and we had a lot of momentum then. But then it just petered out; I think maybe our legs went a little bit in end and the extra man (for Tipperary) might have told a bit but yeah, obviously we had a tough afternoon.” Trailing by five points after 17 minutes and six by half-time, Waterford’s task was made all the more difficult following Conor Gleeson’s dismissal on the half-hour for a second bookable offence.
But, as proved the case against Clare the previous Sunday, Waterford emerged with a greater level of focus and physicality to their play and outscored the hosts by 0-7 to 0-4 over the opening 16 minutes of the second half. But thereafter, Tipperary dominated, clocking up 2-10 down the stretch, with Jason Forde and Seamus Callanan raising green flags, while Waterford added just a single point their tally thereafter through substitute Brian O’Halloran. “There were three points in it (by then) so of course you’re in with a chance but we knew we’d put a lot of energy into getting back into the game at that stage,” said Paraic Fanning.
“We were starting to talk about how we’d use our bench going into the last 20 minutes but then they got three or four quick scores then to open up a bit of daylight then.”
Tipperary manager Liam Sheedy also felt that the final score distorted the reality of the contest by the 50-minute mark.
“You wouldn’t have seen that at all by then; obviously we had an extra man from the first half and we went in with a nice lead but even by then Waterford had probably sent a few warning signals to us, they got a few nice scores to bring it back to six (points) and left themselves well in the game by half-time and full credit to them. They had to use massive energy to get it back to three points when they were a man down and to get the score back to where it was took a huge effort and that probably cost them in the finish because they were working with a man down and obviously then when we got the (first) goal, that gave us a bit of breathing space and we got some nice scores after that, but I thought for long periods of that game we were outplayed, and you’d have to give Waterford great credit for that.”
So how hard will it be for Paraic Fanning to pick this Déise side up, who are now on a seven-game streak without victory in Championship hurling? “As regards picking up lads, they’re in that dressing room and they’re hurting as much in there as we are out here over the result so there’s two ways we can go: we can let our season peter out or we can fight for our lives and I’d be very, very surprised if it’s anything other than us fighting for our lives in Walsh Park when we play Limerick and then play Cork. It’s all about trying to rescue our season now and see what happens with that.”Two games down and the task facing Waterford could hardly be tougher: with meetings with the All-Ireland and Munster champions respectively still in store.
The unforgiving beauty of Munster Hurling has hit Waterford right between the eyes these past two weekends, but there’s no room for self-pity before Walsh Park hosts the Shannonsiders on Sunday week. It’s time to go that bit deeper into the well.