“We decided to go a different route”. Alan Reynolds 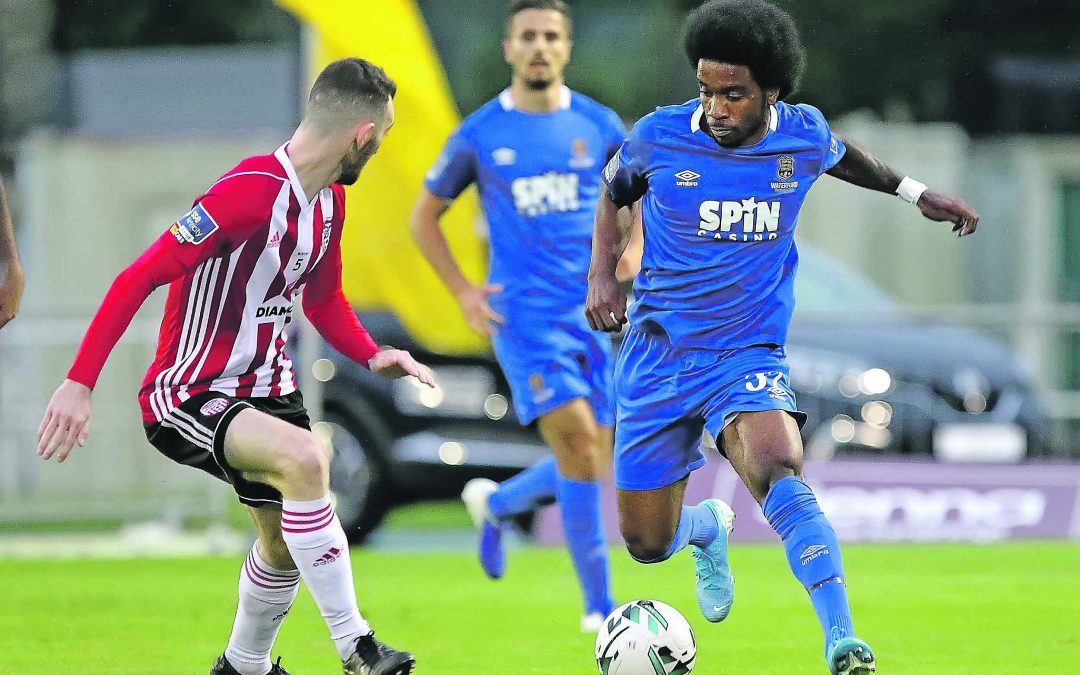 Alan Reynolds was happy enough with the result against Derry City but he was also upset about what faces the club during the coming weeks as the fixtures continue to come thick and fast and the fact that Zack Elbouzedi was not allowed play against Cork City on Monday. “I am happy with the character, application and the work rate that the players put in tonight. It was a big game for us and it was important that we got something from the game so in that regard I’m happy. 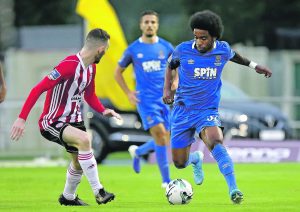 “We’ve asked for these things including honesty and we got it in Rovers. I think that it was important that we built on it here tonight. It was a difficult night to play and the conditions were poor. We didn’t start as well as we could have.“The turning point of the game was Matt Connor’s save to deny David Parkhouse when he was clear on goal. We pushed on from that. I think what people saw here tonight was heart. There was plenty of guts and we did roll up our sleeves. We could have won it at the end and we also could have lost it.
“We got a good equaliser. We’re saying to Michael (O’Connor) to stay in the box and there’s no point in him getting involved in the link-up play. He is a 6’1 striker and he has got two goals from the last two games that we started him. That’s why we signed him.
“We were dangerous on the counterattack tonight. When you’re playing with the wind, you’re going direct too early and balls are going out of play. I think that both teams tonight were probably better playing against the wind.“Peter Cherrie pulled off a couple of good saves and Shane Duggan is unlucky not to score at the death. We spoke about this again during the week and we changed things up because I felt that we were nice to play against.“That’s not something that I like about my team. Georgie Poynton and Sam Bone give us that edge where they compete for everything. I look at the likes of JJ Lunney and Tom Holland, they are technically really good players, but they are young and need time.
“We’ve decided to go a different route now and we need to work hard at the minute. It’s a great point, but I think that the performance itself gives everyone a lift. I thought that we stuck to the game plan tonight and were good.“There’s no point in us codding ourselves without saying that it has been a difficult time for us and we need to build on these last two performances. It’s been a difficult year, but if we can stay in the division and climb up the table, it will be as good as winning the league for me.
“It doesn’t end for us if I’m honest. We have to look forward now to two cup games without Zack Elbouzedi. Why have they decided to put a Scottish Cup game on the same weekend as a FAI Cup quarterfinal and why would you put a FAI cup quarter-final on the same weekend as international games?
“We’re losing our best player and I’m disappointed with that. But if people are talking about luck, I don’t think that we’ve gotten much. It’s been a difficult year. It’s crazy that the FAI cup match isn’t on next Friday. The kids are back in school now and that’s going to take from the attendance. I just don’t get it.
“I just don’t know what’s going up there. You play a Scottish cup game on a Friday and Dundalk on Monday. It doesn’t make sense. You ask can Zack play against Cork on Monday and you’re told no. It’s unfair from my point of view, but we will just keep going.”