"We Won that Game Hands Down"- Alan Reynolds

Needless to say Waterford manager Alan Reynolds was an extremely happy man when he spoke after the game. “My voice is nearly gone after that but I thought we started very well. Having said that if I wanted to be over critical, we could have been two or three goals up at halftime. We could have been a little better in the final third. Having said that we were very good and we passed the ball well and we were very dangerous on the counter attack and Bastien was excellent although I just don’t want to single him out. 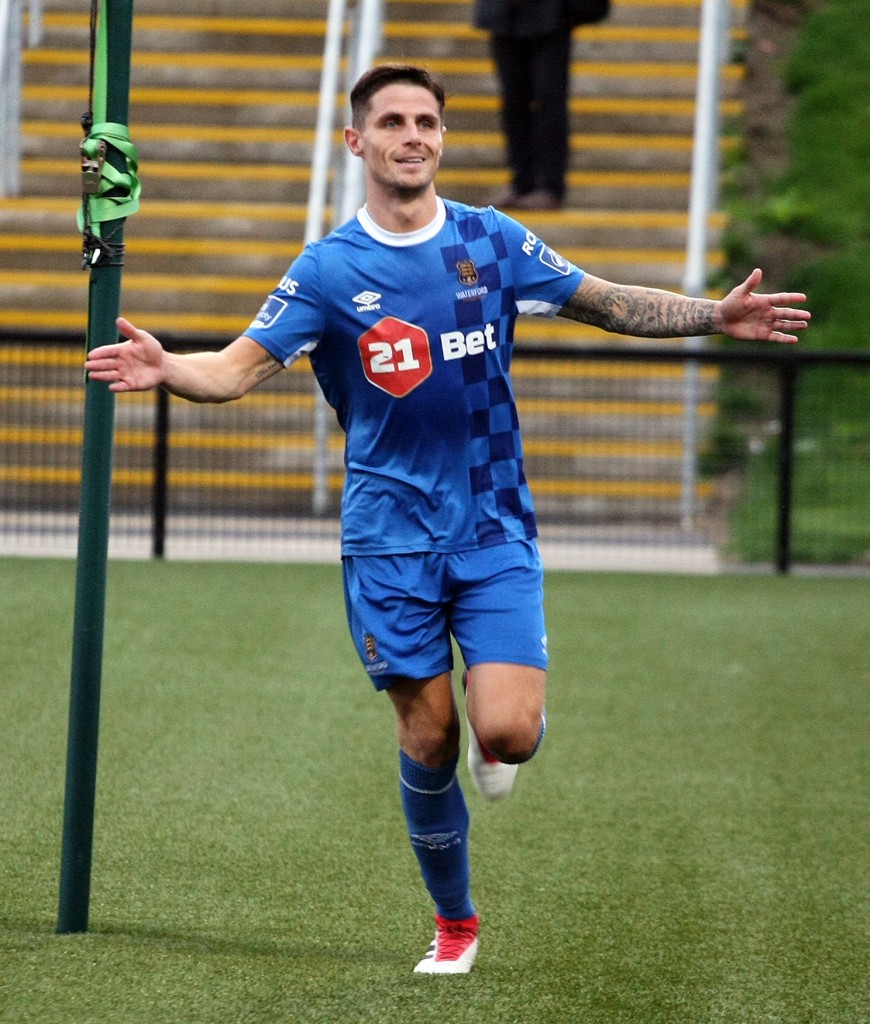 “Everyone was good and I just felt this week that there was a hunger and a change in attitude, not that we haven’t been positive in the past but there was a hunger there tonight and you need that up here. As a manger you look at things leading up to a game and you wonder what you can do different. We prepared well and we travelled up the day before the match and we got our rewards. We were on the front foot from the outset and we knew what we were about. We were on top for 25 minutes in the first half and then they got a little bit of a grip but we regrouped at halftime and we upped it a bit. Bar the final 15 minutes they huffed and puffed and I thought we controlled the second half.
“It would have been an injustice had we not taken the three points. Ally Roy did give us a few problems but we won that game hands down and we could have been well out of sight before his effort late on. “We are delighted with the win. Shamrock Rovers lost to Bohemians tonight but there will be a lot of twists and turns to come but we will take anything that comes our way. We are a decent team when we are at it but we will have to be a little bit more consistent. There is no switching off in this game and now we will get ready for Drogheda in the FAI Cup. We will treat that game with the upmost respect because they have beaten Shamrock Rovers and we are looking forward to the challenge.”